In a low moment, reading the epigraph of Marc Maron's new book, Attempting Normal – "For everyone who is successfully defying their wiring" – I melted into tears. As an almost daily crier (over commercials, dogs with nice faces, whatever), this isn't especially notable. But the reason for it might be: That present tense – "is defying," not "has defied" – suggests such possibility and potential, such recognition of an essential human struggle. And "essential human struggle" is what Marc Maron is about.

Maron's recent career trajectory offers some real basis for that possibility and potential. Following a second divorce, with his career as a stand-up comic and sometimes radio host going cold, no longer young and increasingly bitter, Maron wanted to talk. He learned about podcasting and created WTF with Marc Maron, a twice-weekly, one-on-one interview show, mostly featuring comedians and other creatives, recorded in Maron's memorabilia-filled Los Angeles garage.

After almost 400 episodes and a steady build of both media coverage and listeners (the show averages 2.5 million downloads per month), Maron, now 49, living with a woman and considering a baby, has leveraged the podcast's success into a personal and professional revival. Attempting Normal is his second book, and his first book of essays; coinciding with its publication is his new show on IFC, Maron, a fictionalized version of his life (the set's cat-destroyed couch is his old one). One tag line in the promos for Maron reads, "An overnight success 20 years in the making."

A few pages in, Maron writes, "People want to share but they usually don't. People don't talk to each other about real things because they're afraid of how they'll be judged." It is Maron's tendency, on his podcast and in his comedy and in Attempting Normal, to talk about "real things" until he's gotten somewhere funny, or bleak, often both.

His show has become a forum for revelation: On one episode, comedian Todd Glass came out as gay; on another, Maron and star comic Louis C.K. talk about how Maron's professional jealousy affected their friendship. Maron talks a lot about sobriety (he has been clean for 13 years); his relationship; his issues with food; his issues with rage; his cats; his mom. He told the Los Angeles Times that his audience "is not a demographic, it's a disposition." People who think and feel too much and too intensely have found in Maron something of a spirit animal.

Maron is not "a writer," really, and unlike many comic memoirs, this book is not a succession of joke-packed stories forming a narrative arc. Instead, Attempting Normal deploys Maron's vulnerability, self-awareness, unforgiving pursuit of honesty, and the detail and colour that only a big-feeling cultural obsessive like Maron can manage, in a loosely cohesive collection of essays.

Of comedians, he writes, "They knew the tricks to get by and get life and get what they needed through charm and device, without feeling the pain of not being whole or the injustice of need. They were, like all artists, masters of the mathematics of relief, which was just the sort of thing I was looking for: a book, a movie, a crazy person, a kiss, a drug, a commitment, a song, a phrase, a joke. I thought that shit was magic."

Maron describes himself in a hotel room, reading, listening to music, smoking, drinking coffee, eating a doughnut and watching TV as "some sort of many-armed Indian god, the Vishnu of self-avoidance." Maron's sense of narrative is where his years onstage and recording in his garage are most apparent: In "Xenophobia and the History of Irish Poetry," Maron tells a chapter-length story, plainly revealing of his own ignorance, which ends in a pitch-black, perfectly executed and truly hilarious punchline.

Having made a project of the human experience, and by now rightly confident in his own voice and perspective, Maron is able to think and write about the quotidian (buying jeans) and the profound (existential agony) with the same urgency and intelligence. The book slows down only when Maron indulges a theme for its rote, biographical function, which happens in the essays about playing guitar and taking Viagra.

Even then, though, while he recounts names and years and details, he's trying to add them up to something he can use, something that could, possibly, help with that faulty wiring. Maron's need to be real and his attempts to be better are maybe best described when he runs into his ex-wife on the street while he's walking with a model; he writes of his own satisfaction in the moment, "It was all so shallow, so relieving, so petty, so perfect."

Book Review
Like the Blue Jays themselves, history of team leaves you wanting more
May 11, 2018 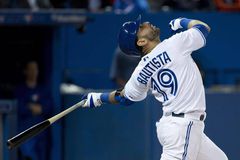 Book Review
Is it time for Facebook to start paying its users?
May 11, 2018 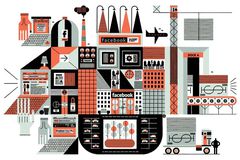 Book Review
Claire Messud goes against type in her latest novel
May 11, 2018 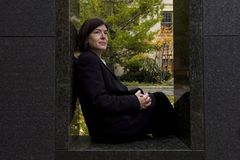