In Elizabeth Ruth's enigmatic new novel Matadora, the mysterious, artful and incredibly brutal world of Spanish bullfighting is brought to life through the story of a young female Andalucian bullfighter called Luna. Ambitious nearly to the point of madness, Luna fights her way to bullfighting stardom in Mexico and Colombia, facing enormous risks at each of her crowd-pleasing, death-defying performances. But the delicious, horrifying drama of Matadora doesn't all take place within the dusty bullrings of the 1930s – the most spectacular elements of this novel happen within Luna herself.

Luna starts out as the orphan of the cattle ranch at Sangre Mio. Her unmarried maidservant mother dies giving birth to her in an unflinchingly vivid scene. The ranch family, the Garcias, are generally accepting of Luna, as she is forthright, curious and clever.

When Luna reveals her desire to become a torera – Spanish for female bullfighter – the Garcias reluctantly agree to train her. When she shows great talent – and, what's more, nearly foolish bravery – in the ring, the Garcias understand they have a money-maker on their hands. The Garcia brothers, Manuel and Pedro, sail with Luna to Veracruz. Eventually she is entertaining spectators in the largest bullrings in the world. Ruth describes the choreography of bullfighting with as much grace and sophistication as one might find in a history of ballet or tango dancing.

Luna is stubborn and willful, her celebrity allowing her to remain childlike even as she grows up under the Garcias' careful protection. As she quickly gets used to hotel suites, fine food, luxury steamers and airplanes, her rootless ambition begins to grasp for comforts less material than those she grew up longing for.

At 15, Luna carries around more sexual need in her than most heroines of Harlequin romances. Luna falls easily into a passionate, intense love with a young bullfighter in Mexico. Staged against the dangerous world of bullfighting, there's no hope for this doomed affair, and readers barely have time to catch their breath before Luna is again performing in her satin pants and jacket, her heart heavy but somehow even more determined to taunt her bull into a glorious duel.

Matadora's third act, set in Madrid as Franco's Nationalist army surrounds the city, is 120 pages of raw, wild emotion. The things Luna desired in Mexico no longer have the same value in the bloody, appalling spectacle of the Spanish Civil War, and Luna finds herself longing for new things, things that are even more dangerous.

Through Manuel, the elder Garcia brother, a poet and always Luna's favourite, Ruth showcases the urgency and heartbreak of the Spanish resistance to great effect. In the harrowing, riveting final scene, Ruth drives a knife into the very heart of the old Spain and its beguiling and confounding traditions.

Matadora offers up almost no comfort in the end, and yet readers, like those tens of thousands that used to fill bullfighting arenas from South America to the Iberian Peninsula, will find themselves absolutely unable to look away. This searing, sensual novel is an adventure not to be missed.

Book Review
A major critic says we’ve forgotten how to read. Does it matter?
May 11, 2018 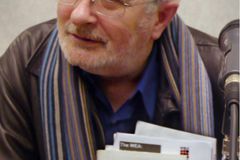 Book Review
The Dark raises the dead – and many questions about spirituality
May 11, 2018 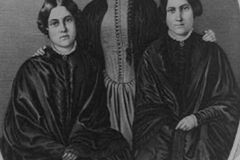 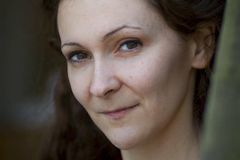