Back in 2011, Amazon announced that, for the first time, it was selling more e-books than print books. It seemed inevitable that, given a few more years, digital literature would dominate and physical books would go the way of rotary phones. We were resigned to change. But then, around 2015, something happened. A stutter in the song. Sales of e-books, for the first time in the digital age, began to decline. Why?

We seem to have arrived at a wobbly point in our technological history. The intrinsic pleasure of "the new, new thing" is being weighed against tangible authenticity. While many seniors love reading on tablets, where they can increase the font size, most teenagers prefer reading in print. Simple ideas about "the future of books" are growing complicated and nuanced.

Into this miniature maelstrom steps Merilyn Simonds, whose new book, Gutenberg's Fingerprint, is a study of the staying power that our mouldering paper tomes appear to be boasting. What makes us love them so? How did books first become distillations of brain and heart? And through what twisting history have their components evolved? Gutenberg's Fingerprint is well-timed and does for our books what Margaret Visser's Much Depends on Dinner did for the food on our plates: Each ingredient is revealed in all its complicated glory, with sections on paper, type, ink, presses and finished books.

All that history is framed by a singular and zealous project. Simonds meets Hugh Barclay, the owner of a stubbornly traditional printing press – he makes books by hand in the most laborious (and long-winded) manner. When Simonds agrees to publish some work with Barclay, the stage is set: She serves as the reader's eye, observing in intimate detail each stage of her own book's creation. The paper is made from scratch – from plants harvested from Simonds's enormous garden. Each piece of paper begins as a goop (called "stuff") and is pressed into submission beneath 60,000 pounds of pressure on each square inch. Creating inks, typefaces and illustrations is equally cumbersome. Finished pages are hand-stitched with linen threads. And a thin knife is fitted into a specially sewn sleeve on each cover, complete with instructions for slicing open the pages, as was done in the 18th century. Their goal is a mere 300 copies. When they're finished, each copy will be sold for $150, which won't even cover their labour.

At each stage, sparked by the arcane problems they've encountered, Simonds burrows into the history of bookmaking. These sojourns to the 16th and 17th centuries are fascinating interludes, richly detailed, and seamlessly woven into the personal problem of getting this one damn book made.

Along the way, Simonds revels in the year-and-a-half "marathon of production" – all the fine, particular details and decisions that go into a handmade book. However, her savouring of the tactile process ultimately leads us back to the 15th century, when Gutenberg first learned to build a printing press with movable, mechanical type. For every modern-day bibliophile who abhors the loss of books, there was then a monk in a scriptorium who abhorred the loss of the illuminated manuscripts they painstakingly etched on vellum or parchment. Many folk thought books vulgar when they first appeared: they were too available, too cheap, and got knowledge into the hands of the wrong people. In Blake Morrison's novel, The Justification of Johann Gutenberg, an abbot looks at a printed Bible and complains that, "The word of God needs to be interpreted by priests, not spread about like dung."

Similar complaints about digital books are legion. Simonds writes that, "touching the thickness of the paper and turning it leaves a kind of fingerprint in the mind, a marker of what has been read … By comparison, onscreen text is an endless scroll with little physical texture of variation to help fix the words and their meaning in the memory." Later she adds: "A printed book is a world I can hold in my hands … Print books encourage depth; digital encourages breadth." There is more than one sighing reference to "Proustian madeleines" but Simonds mostly keeps her cool; as much as she loves printed books, she never moralizes. In fact, while Barclay makes his paper books, Simonds's son simultaneously prepares an e-book edition.

Ultimately, Simonds's work is less a celebration of bookmaking and more a celebration of the base human instinct for storytelling, for the sacredness of expression in whatever form. In one memory, she sits at the table with her children, carving designs into potato halves and stamping images across Christmas cards. We catch sight of the pure, preverbal joy of sign-making, of communication.

The book is, in fact, filled with memories and diversions, little literary cul-de-sacs that sometimes charm but may annoy. The effect is a reading experience that – despite the excellent research – remains leisurely to an almost folksy degree. Do we really need to hear this random joke told by the printer? Do we need to know about the paper-maker's weird relationship status? And yet: that's rather the point. In a world of obsessive efficiency, where stories are reduced to packets of digital bits, where dog-eared novels become intangible files, we may forget how warm and charming an inefficient tale can be. Gutenberg's Fingerprint is a love letter to an ancient craft – but it is also, and more importantly, a reminder that the briefest way to get your story out there might not be the truest.

Michael Harris is the author of The End of Absence, which won the Governor-General's Literary Award in 2014. His new book, Solitude, is out this month. 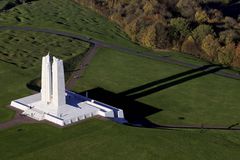 Review
Lisa Feldman Barrett’s How Emotions Are Made, reviewed: Provocative theory falls flat
March 31, 2017
Follow us on Twitter @globeandmail Opens in a new window
Report an error Editorial code of conduct
Due to technical reasons, we have temporarily removed commenting from our articles. We hope to have this fixed soon. Thank you for your patience. If you are looking to give feedback on our new site, please send it along to feedback@globeandmail.com. If you want to write a letter to the editor, please forward to letters@globeandmail.com.
Comments