In 2007, Mozambican writer Mia Couto was the first African writer to win the Latin Union prize, and six years later he walked off with the 100,000 euro Camões Prize for Portuguese language literature. His novel Sleepwalking Lands was selected one of the 12 best African books of the 20th century – a list that did not include Nobel Prize laureates Nadine Gordimer and J.M. Coetzee – and his books, translated into 20 languages, have sold more than 2-million copies worldwide.

This it to say that Mia Couto's reputation will likely withstand a few sentences of skepticism in the back pages of a Canadian newspaper. Not that The Tuner of Silences is a bad book: it contains some memorable characters and the story is imbued with a raw, elegiac beauty. Yet it does not feel like the work of a contemporary master, as Couto's international success and status suggest it should.

The novel is about a father who, amid Mozambique's fifteen-year civil war, retreats to an abandoned game preserve with his two sons, his brother-in-law and a soldier-cum-servant. Claiming the rest of civilization has been annihilated, he calls the place "Jezoosalem" and hosts a "de-baptism ceremony," at which everyone is rechristened. The only character allowed to keep his name is the narrator, Mwanito, who at three years old is "still being born" and "missing a demon;" he's also the titular "tuner of silences." "I have an inclination to remain speechless," he explains. "I was weaving together the delicate threads out of which quiescence was made."

The delicate balance of this quarantined commune is disrupted eight years later with the arrival of Marta, the first woman Mwanito has ever seen in his life – and a white woman at that. "The vision of this creature suddenly caused the frontiers of the world I knew so well to overflow," he narrates, adding: "Since then, and many years have passed, I've fallen for countless women… But that first encounter etched the mysterious power of women into my consciousness." (Then he weeps.) Provoked by Marta, amid insurrection from his subjects and the encroaching presence of the outside world, his father's bushland empire crumbles and the ersatz family is forced to return to the city.

The book does many things well. It is a fine portrait of grief and loss, an effective treatise on exile and the post-war reconstruction of national and personal identities, and a strange fever-dream that jolts in and out of fantasy: amid characters who shed bullets like skin cells and others with multiple bellybuttons, when Marta produces a cellphone the reader feels slapped awake.

But it also problematic. Through Marta, Couto proclaims that "Africa is the most sensuous continent" and "White men, in the past oppressors who were fearful of being drowned, nowadays want to be eaten, swallowed up by black beauty." Beyond pat generalizations about race and gender, as characterization of the sole representative of white femininity in the novel, little is ever done – as it might in Coetzee or V.S. Naipaul's work – to challenge such naiveté.

Also distracting is the inconsistency of the parameters of Jezoosalem, which never feels fully realized, especially considering the narrator's perspective as someone with no knowledge of the outside world. At one point, Mwanito, who has previously never seen a camera before, expresses the sudden desire to take a picture: "For the first time, it wasn't enough for me to see the world. Now, I wanted to see the way I looked at the world." The impossibility of an instant understanding, even sublimation, of the photographic image could be interesting – yet, as with Marta's pronouncements, if ironies are intended they are never explored.

Mia Couto has been lauded for "his unparalleled ability to Africanize the Portuguese language," capturing the proverbial wisdom of his homeland in a sort of literary creole. Yet whatever unique, hybrid dialect Couto renders in his native tongue sounds flat in translation, and his aphorisms – "The very substance of all the rivers in the world is surely made of memories resisting the flow of time" – recall Paolo Coelho more than, say, the Nigerian Booker Prize-winner Ben Okri, who interweaves his fabulism with wisdom and insight.

The oral tradition is by nature ephemeral: wisdom spoken around the firepit gets whisked away with the sparks and smoke. But the aphorism assumes a different weight on the page, where it turns authoritative and permanent, and requires subsequent consideration. Africa's various oratures have been beautifully transmuted into novel-form by writers as diverse (and, at times, oppositional) as Mariama Bâ, Chinua Achebe and Ayi Kwei Armah, but The Tuner of Silences feels at odds with itself, its elements never fully integrated or satisfyingly explored, and as such its characters, themes and ideas float superficially upon the surface of the novel's "river of time."

Pasha Malla is the author of People Park and The Withdrawal Method.

Correction This story has been updated: Mia Couto's novels have 2-million copies, not 25-million as incorrectly stated in a previous version of this story. 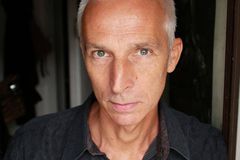