Irony continues to plague us. Even after Generation X and Alanis Morissette and the unfortunate ubiquity of the meaningless word "hipster," irony somehow persists as not only as a tool of expression, but as a way of life. We've apparently been so busy erecting ironic distances over two generations that the second wave of born ironists, we tragically misrepresented millennials, can barely even recognize the sincerity we're running from.

It's in this perpetually ironized present that Michael Hingston has set his first novel, The Dilettantes. The book follows Tracy and Alex, two staff members of Simon Fraser University's fictional campus rag, The Peak, as they valiantly attempt to detach themselves from ironic detachment and get close to something, anything. On the cusp of graduating, Alex is beginning to consider, with a dawning horror, that slacking through his life won't make it worth having lived. Tracy, two years older than Alex but an academic year behind, has put off making decisions about little things, like what to major in or whether to stay with her boyfriend.

Hingston gives the farcical nature of the campus novel a welcome twist by having his undergraduate characters shore up in the student paper's office – who can resist a good skewering of the media, especially when the stakes are so much lower than they seem to our plucky, disaffected protagonists?

After a random confluence of unexpected events, Tracy, The Peak's beleaguered copy editor, lands her first scoop when, in a self-consciously Pynchonian turn, a fallen movie star enrolls at SFU and runs for the student government. After years of cutting people down according to her own house style, she feels for the first time what it's like to put the words down, to make something that simply didn't exist before.

Hingston writes her as a young woman who went through the motions before she knew how to move; her first conversation with the boyfriend she can't quite decide (not definitively) to leave is actually about Baudrillard, patron saint of many an undergraduate unsure of where to find meaning in a mediated life. In a semi-satirical extension of their doe-eyed appreciation for the work of a jaded cynic who extrapolates Walter Benjamin's ideas about reproduction and art onto the very structures of our lives, they discuss the first episode of Judd Apatow's short serial TV show, Undeclared. The episode features two main characters finding themselves sober at their first college party, and deciding that, given that it's their first college party, they should sleep together. They do, and so do Tracy and the highly ironic young man who becomes her boyfriend. They simulate a simulacrum and, however ironically, call it love.

Even with the studied references woven throughout both the book's narrative strategies and the character's lives – the book is, as any barely bright liberal arts student might say, almost aggressively intertextual – Hingston, like Alex and Tracy, is nonetheless trying to do something putatively authentic here. While there are scenes where untagged dialogue reads like an automatic weapon that shoots almost contextless jokes in lieu of of bullets, it gradually becomes clear that Hingston wants his reader to have it both ways; the bite of satire (Alex calls it "irony's nobler and better-dressed sibling") and the satisfaction of sincerity. But how can irony be suitably ironized? At what point does the means undermine the end?

Alex struggles with his desire to close the ironic distance and become the kind of person who succeeds in life by dint of dignified effort. The Peak's main competition, the Daily Metro papers run by a faceless corporation, is seeding the campus with reporters and distribution goons. Near the end, Alex's rival (and, of course, mirror) lets him in on a little secret: "You know, the last thing the world really needs is more writing. … So if you're not in it to really connect with someone, then do us all a favour and pack it in." It's a bit too little too late. While Hingston's first novel is a prank well pulled, I'm not really sure on whom. And like Tracy, I guess I just don't like the idea that the "joke is that there is no joke."

Emily M. Keeler is the editor of Little Brother magazine. 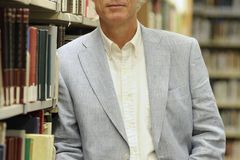 Richard Dawkins puts himself under the microscope, with bland findings
September 27, 2013 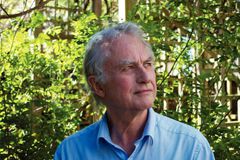