Set in Paris between 1878 and 1895, Cathy Marie Buchanan's lively second novel imagines the lives of two sisters, Marie and Antoinette van Goethem, who are struggling to make rent after their father's death and their mother's subsequent attachment to the absinthe bottle.

Marie, the middle child, was the real-life model for Degas's sculpture Little Dancer Aged Fourteen, and Buchanan has created an entire world for Marie and her elder sister Antoinette, sketched in rich detail and teeming with suspense. The Painted Girls is a quick and cinematic read that is hard to put down, destined to be hotly debated book-club fodder across the country.

Buchanan's complete immersion in the time period and setting is obvious, and the reader is quickly present in the city, with its glamour, grit, hardships and peculiarities. An author's note at the end of the book details exactly what is taken from historical record and what was created or embellished for the story.

For example, alongside the day-to-day coming-of-age stories, told via alternating first-person chapters from the point of view of both sisters, is the story of criminal Émile Abadie, also sketched by Degas. Buchanan pairs up the charming bad boy with Antoinette when they are both hired to work on Émile Zola's play L'Assommoir. In real life there is no such connection, but Buchanan's fictional love affair comes off the page as convincingly as any historical text.

Marie, the only sister who can read, dedicates herself to dance training at the Paris Opera, even while things at home slowly deteriorate as Antoinette ditches her sisters to spend time with Émile, who is eventually arrested for murder. Marie begins to model for Degas for a few francs a week, and through him she meets an older admirer, Monsieur Lefebvre, who is less an artist and more a creepy fan of little girls.

From the start, both sisters are keenly aware that they could make more than a few extra francs with their bodices heaving or their dance skirts in a heap on the floor. In fact, it is an acceptable custom for girls to take on an abonné, or male patron who supports them while they dance. It was an established part of ballet culture at the time, one that the opera relied on to keep both the girls and theatre thriving.

The most fascinating part of the novel is the detailed examination of the culture of ballet and the complicated class dynamics of the dance world. While it is considered high art for the upper classes in these times, the opera houses of la belle époque were filled with "petits rats," whom Buchanan describes as "scrawny, hopeful girls, vying for the quickest feet, the lightest leap, the prettiest arms … rats who earn their name by scurrying along the Opera corridors, hungry and dirty and sniffing out crumbs of charity." Men like Monsieur Lefebvre were drawn to the girls in ripped skirts with gaunt faces, sniffing out their desperation and acting as patrons, some a little nicer than others.

Once Marie has risen through the ranks, achieving her place on the stage when her discipline and desperation pay off, in a moment of financial desperation she decides to model for Lefebvre, who eventually shows all the signs of being your average sadistic pedophile.

My sole disappointment in The Painted Girls is that Buchanan takes part in the long-held tradition of writers who give voice to the voiceless women of the past, particularly those who decide to trade sexual acts for money and survival, and make them haunted by guilt and shame at resorting to such means. It seems like a too-easy decision as a storyteller, and a revisionist one. As soon as sex for survival enters the picture, so do tortured self-examination, morality and puritanism. We've no real way of knowing if this is just part of the tradition of imposing our values on the long-dead and culturally disenfranchised, or simply historically probable.

One should assume that, like today, there are as many nuanced feelings about such exchanges as there are participants. It was a drag that this part of the narrative didn't veer from the obvious, but it's a small thing. For the overall story is a tremendous achievement, and the book is fast-paced leap around Paris at a unique time in its history.

Zoe Whittall's most recent novel is Holding Still for as Long as Possible. 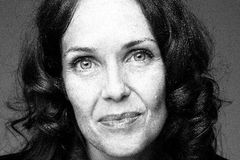