A sense of ambivalence, of failing to forge one mind from two, is not the desired state for the ambitious critic. Generally a readable review tends to drive the potential reader either one direction or another. Somewhat to my chagrin, then, I am forced to admit The Idealist, by Vanity Fair scribe Nina Munk (its very title somewhat a repudiation of indecision), puts me decisively this side of the dreaded "on the one hand, on the other."

Munk's subject, the American development economist Jeffrey Sachs, is more than a little familiar to me. During the early nineties, in preparing a magazine feature, I chased Sachs around Eastern Europe as he advised newly flourishing democracies on the mechanics of shifting abruptly from command to free-market economies – so called "shock therapy." The Idealist focuses almost exclusively on Sachs's effort to alleviate, if not eliminate, extreme poverty in Africa, specifically a multimillion-dollar UN-supported project titled Millennium Villages. Munk's character study of Sachs as a mercurial egoist given to ranting impatience with anyone he sees impeding his principled approach rang entirely true.

The title is, in this sense, deeply ironic. Munk is a sly, relentless reporter with a gift for wedding her observations to a fluent, even graceful, writing style – i.e. she is a master of hoisting her prey on their own petards. My favourite moment in this regard arrived towards the end of the third to last chapter. Having pointed out the somewhat paradoxical fact of Sachs espousing the end of poverty for those living on pennies a day while himself living in an $8-million town house in Manhattan, Munk quotes him at length defending an approach that seems, by that stage in her reporting, at best incoherent, if not downright destructive. Munk gives her subject plenty of rope, letting him ramble on in a nearly continuous quotation for close to 200 words. At one stage Sachs comes weirdly close to blaming the victims of poverty for being insensate in their "choice" of locale – "from my point of view that place is like Job… Just one disaster after another: droughts, floods, Rift Valley fever, rinderpest, you name it." Then, in a final flourish, Munk essentially cuts him off in mid-stream using an ellipsis to conclude not only the quote but the chapter. That last sentence hangs in the air, as it were, over a blank chasm of empty space comprising the remaining four-fifths of a page. The effect is practically cinematic. And seldom has a victim of the journo's notepad had less opportunity to claim the quotes were taken out of context. Munk has essentially rendered the quote in such a way as to make it indistinguishable from the context.

And speaking of context, now arrives the other shoe, the big "and yet." Having done a good deal more than competent job of deconstructing the Sachs mythology, one is left to wonder – especially given her assertion that she sought to write "a story of hope" – what Munk imagines (or indeed what some of Sachs's colleagues and competitors imagine) might constitute a positive alternative for improving the lot of those half billion sub-Saharan Africans still living on less than two dollars per day. Whatever her prescription, it most assuredly isn't anything remotely resembling the status quo.

Sachs's folly isn't the half of it. Munk looks askance at the entire history of Western development aid, quoting – if not with approval, certainly without criticism – the late southern segregationist senator Jesse Helms's famous dismissal of the entire post-colonial effort stretching back to the 1960s as "money down a rat hole." There are more than a few disparaging references throughout to traditional foreign aid as, for instance, "all very well, very noble, but highly impractical – too ambitious, too expensive, too complicated, unsustainable." This particular formulation Munk attributes to "many experts in the field" without quoting them by name. In other forums, whilst summarizing her arguments and promoting the book, Munk derides the aid and development agenda promulgated by the UN and other development agencies as "neocolonial."

It's a jarring appropriation of a term normally associated with contemporary anti-corporatist critics of the environmental and human rights record associated with multinational mining concerns like Goldcorp, Barrick Gold and Rio Tinto. It's an irony of which the author must be aware. While she is based in New York, Munk was born and raised in Canada, now home to 75 per cent of the world's mining companies. Her father, Peter Munk, whom she thanks in the acknowledgments for his "crucial support," is founder and chairman of the aforementioned Toronto-based Barrick Gold, the world's largest gold producer. More's the point, based in part on its poor environmental and human rights record operating in the same African locales as Sachs – most notably Tanzania – Barrick was lately dropped as an investment from the sovereign wealth funds of both Norway and New Zealand. Not a word of these clear impediments to African development (let alone a solution – neocolonial or otherwise) appears anywhere in the book.

So, in sum, on the one hand Nina Munk has written a fine contrarian polemic full to brimming with excellent reporting while on the other failing in any significant way to address the promise which led her to the reporting in the first place. If you find yourself entirely divided on the subject of extreme poverty and have precious little ambition to rectify that situation, I suggest you rush to buy The Idealist.

Douglas Bell is writer and journalist currently living in New York. His screenplay for the film Afghan Luke was shortlisted for a 2012 Writer's Guild of Canada prize. 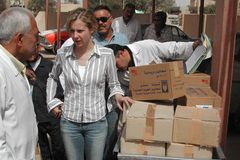 Review: A Year of Living Generously, by Lawrence Scanlan
April 29, 2010 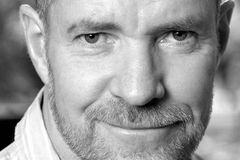 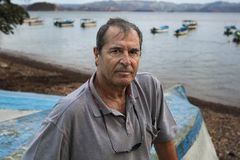