A few weeks ago, I noticed a bee clinging to the screen of my bathroom window. It was dusted with yellow pollen, drunk on the stuff, and I brought my face in close to look. But I was busy, just taking a quick break, so after a few seconds I blew gently on the screen; the bee buzzed away. Immediately, I wished I'd watched it for longer.

Human beings are shortsighted by nature. We experience our brief lives as vast expanses of time, even with a knowledge of history measured in billions of years. Our attention spans are in tatters because of smartphones and tidbit media, and it's harder and harder to find sustained moments to just look at the world beyond our screens.

The shortsightedness, and the bee thing: Both figure into Vancouver writer J.B. MacKinnon's new book, The Once and Future World. MacKinnon likes to keep nature close. With Alisa Smith, he co-wrote the bestselling 100-Mile Diet, which helped to launch the local eating movement. He also wrote the narrative for the NFB's online wildlife surveillance documentary, Bear 71.

Here, he advocates for an even deeper connection to the land we live on, and a longer knowledge of what we take from it. The Once and Future World argues that, when it comes to natural ecosystems, we are continuously forgetting what the Earth really looks like, and as such have forgotten what it is capable of. It is one of those rare reading experiences that can change the way you see everything around you, recommended for anyone interested in anything that lives and breathes.

MacKinnon's book has a place in a wider movement called "rewilding." The term is a slippery fish. It can refer to a conservation approach that favours restoring large-scale wilderness areas and connecting them, to protect the habitats of so-called keystone species – animals, like elephants or beaver, which play a role in engineering their ecosystems. It can mean the reintroduction of native species to an area from which they have disappeared, such the return of grey wolves to Yellowstone National Park. It hints even further, toward human efforts to resurrect long-extinct creatures such as the dodo, using preserved DNA.

In the recent book, Feral: Rewilding the Land, Sea and Human Life, British writer George Monbiot defines it (in part) as a passive movement, an attempt to let ecological processes resume. In other words, to stand back a bit and watch what happens. MacKinnon keeps it similarly vague, but adds poetry in his description of efforts "to give nature fuller expression in a world in which it is muted."

Perhaps what MacKinnon and his fellow rewilders are addressing transcends precise definition.

Of course, there is plenty of science involved. A lot of it is packed into The Once and Future World. We learn about trophic cascades, domino-like impacts that originate with a single species (often a large predator) and reverberate down the food chain. Delving into ecological history, MacKinnon spins out a long parade of fascinating specimens that are either extinct or on their way. Some are long gone: the short-faced bear of the Pleistocene era, tall enough on all fours to stare a grown adult in its eyes. Some are more recent, such as the thylacine, a hyena-like beast that was the largest carnivorous marsupial of modern times, the last of which was captured on film in 1933 before dying in captivity in Tasmania. There even are several bona fide sharknados. The ironic result of this ghosted menagerie is a book is so filled with life that at times it seems to wriggle in your hands.

Yet for all of its sinews, McKinnon again and again turns the question of how we live in the natural world to one of how we hold it in our minds and our memories. In essence, the book is a love story, maybe the oldest one: between humankind, conscious and curious, and the stuff that grows around us, invoking and sustaining our desires, informing our ideas of who we are. McKinnon puts it thus: "The lone person on a wild landscape is a baseline of human liberty, a condition in which we are restrained only by physical limits and the bounds of our own consciousness."

In Feral, Monbiot refers to the phenomenon of ecological boredom brought on by "restraint and sublimation" of those instincts that carried us through a not-so-distant past devoid of technological conveniences. Monbiot's life is full of intrepid adventure, and it's sometimes hard to relate to a man who strides around hauling dead deer up onto his shoulders. (Several chapters of Feral are largely accounts of really exciting fishing trips.)

MacKinnon knows the same ache, but – perhaps as someone who lives in the lush greenness of British Columbia and not on a continent gardened into submission – his tone is less crazed, his gaze wider, more awed. At times, he writes like a fabulist ("Once, in Argentina, I saw a city disappear") and his prose is a reminder that the gifts of nature are also gifts to language. We meet quokkas and numbats and glyptodonts, and a wave of stampeding beasts fearsome enough to drive away an invading armada – "tortoises, snakes, lizards, voles and mice, armadillos, foxes, wild cats, ground birds, songbirds, even vultures, even locusts … a storm lit from within by the flash of teeth and the whites of eyes."

The diagnosis that emerges from the oasis is revelatory: When it comes to nature, ours is a failure of the imagination. Although the process is physical, our combined butchering, razing and consuming of the Earth's total biomass is a feedback loop eating away at our capacity for wonder. Our memory of nature is in tatters; we can't conceive of what we've lost, even as it disappears before our eyes.

McKinnon tells a story about beekeepers in central China. When their bees started to disappear (the mysterious "Colony Collapse Syndrome") they hired workers to pollinate the blossoms by hand, using chopsticks tufted with feathers. A study conducted 15 years later found that the farmers preferred the efficiency and obedience of human workers to the natural whims of the bees. Human pollination was better for the bottom line. (To their credit, the researchers concluded, "Market valuation is an exercise for people who have lost all sense of ecological embeddedness.") At the heart of both books is a term for our ongoing forgetfulness. First described by University of British Columbia fisheries scientist Daniel Pauly, Shifting Baseline Syndrome is what happens when each generation grows up believing what it started with is normal, rather than one step in a long story of human impact. Over the generations, monsters that actually lived turn into tall tales.

There's great sadness in humankind losing the capacity to be awed by anything but ourselves. In the culture at large, you can sense a certain yearning for a wilder life, closer contact with what the Romantics called the Sublime. It is there in Norwegian novelist Erlend Loe's Doppler, about a man who takes to the woods to live with a moose. Or in Paul Bogard's book The End of Night, a quest for darkness in an electrified world. It's also the best explanation I have found for why people are willing to endure cottage country traffic for a few hours among the pines.

This sense of alienation might turn out to have implications for economics as well as ecology. Both are trending toward monocultures, wherein the interests of a few trump those of the many. Consider that natural processes are still one of the best sources of human inspiration, and it becomes plausible to find a link between dwindling biodiversity and the corporate appetite for amalgamation and monolithic branding. MacKinnon points out that Shifting Baseline Syndrome can apply to any system, natural or otherwise, and the idea that each of us takes the world we're born into as normal gains frightening implications when measured against the rows of glowing Apple logos lining the hallways of many university lecture halls.

Orwellian extrapolation aside, the most appealing thing about rewilding is that it says, simply, "Just imagine." It is an invitation. Its proponents are emphatic about it being a positive environmentalism – a way of asking not just what we don't want, but what we do.

It's a selfish and beautiful dream, focused not on what we are willing to lose from nature (apparently, almost anything) but what we are ready to accept for the wild things in all of us. Are we content with the world we have built, or is there something in us that still burns to imagine the epic ways in which the earth might yet surprise and delight us? What kinds of fun we might have by quitting work a few hours early to go look at some wild elephants? Doth the kraken still wait, writhing in the deep?

It can start much smaller that that, though. "Pay attention," MacKinnon writes, "and we will value nature more." Perhaps, for those of us who live in cities, it can mean taking a few extra moments away from the computer to stare at bees. To recognize, sure, that their global population is still collapsing, posing a potential threat to our food supply. But more so, to wonder at what ideas they might inspire in us, how many different and dazzling creatures' existence might be contingent on their frolicking through the pistils. To watch closely, and conjure the taste of honey on the tongue. 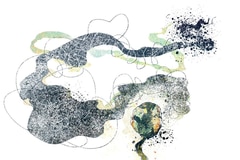 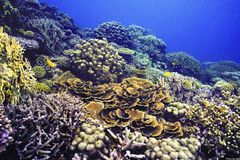