With its sculpted summaries and sober wonderment, Paul Auster's prose still bears the compaction and tenor of his early poetry, consecutions of words winnowed down to emblematic images, intriguing ideas and, above all, story. His volumes are numerous and invitingly slim, and after a decade and half in which he produced on average a book a year, the now 70-year-old author fell silent for five years before returning with 4 3 2 1, a book roughly three or four times the size of its predecessors. It's only after having trod deep into its wilderness of forking paths that one realizes the reason for 4 3 2 1's girth is that it is, in a sense, four novels.

Echoing the tumbling clause-laden sentences of Heinrich von Kleist and the metaphysics of Jorge Luis Borges – both of whom are name-checked within its pages – 4 3 2 1 mirrors recent novels such as Jenny Erpenbeck's The End of Days and Kate Atkinson's Life After Life, and not-so-recent films such as Krzysztof Kieslowski's Blind Chance, in its presentation of multiple variations on what begins as the same life. Each of Auster's protagonists is named Archie Ferguson. Each is born to Jewish parents in Auster's birthplace of Newark, N.J., on March 3, 1947, exactly one month after Auster's birth. (Why one month?) Each is an only child with a father who goes into the appliance and/or furniture trade and a mother with a gift for photography that will be fulfilled to varying degrees. Each is highly literate, in possession of a questing spirit, more or less adherent to certain stubbornly individualistic principles, and has a predilection for the French language and French culture. Which is to say that each bears an unmistakable resemblance to Paul Auster. Some of Auster's finest works are innovations on the memoir, such as his bifurcated breakthrough book about his father and son, The Invention of Solitude, and his more recent Winter Journal, which regards Auster's biography exclusively through the lens of corporeal experience. 4 3 2 1, with its focus on growing up as an aspiring writer in Jersey and New York in the 1950s and 60s, could be regarded as another way for Auster to reflect on his past while simultaneously engaging his restlessly creative approach to form.

4 3 2 1 unfolds in lengthy chapters that chronicle swaths of the four Fergusons' destinies, which begin to splinter apart from their shared origins somewhere in preadolescence. The music of chance in 4 3 2 1 tends to be calamitous: A decision to confront an arsonist sends one of the Fergusons' fathers up in flames; a car accident leaves another Ferguson with a disfigurement that will save him from being drafted and sent to Vietnam; in the novel's most quietly radical development, a random encounter with a fellow cinephile will prompt another Ferguson to embrace his latent bisexuality. The vast majority of these Fergusons' experiences, however, are relatively calm and prosaic, involving sports and schooling, reading and movie-going, familial gatherings and ruptures, young love and sexual discovery. Just as Richard Linklater's Boyhood insisted on keeping its protagonist's trajectory essentially ordinary despite that film's ambitious production and epic duration, so does 4 3 2 1 seem determined to eschew the sort of extraordinary dramatic events that characterize most of Auster's novels. I find this aspect admirable, but it also makes for a tough sell: 4 3 2 1 runs 866 pages and, unlike anything Auster has ever published, it is, frankly, pretty long-winded, indulging in lists and quasi-Knausgaardian minutia and occasionally working in March of Time-like chronicles of sweeping historic events that are simply not essential to the activities of the central characters – even when those characters are themselves sometimes activists.

Yet, the investment pays off. And I suspect it only pays off as well as it does in part because of the book's sprawl. There are sections, such as the one describing a summer spent grieving in movie houses with a newly widowed mother, or another describing two young lovers draining their budget on food, drink and books during a fevered, life-changing journey to France, that catch you off guard with their achingly vivid sense of lived experience. One moment you're tempted to skim, the next you're arrested and moved – moved in part because of the implications of the novel's conceit. While 4 3 2 1 suggests that there is something in each of us that is fixed, it is equally spellbound by the mystery of self and our malleability under the hegemony of circumstance. The book is both a petition for existential responsibility and a refutation of determinism – which, given current events, is tantamount to a polemic. Its excesses go against the aesthetics of economy – aesthetics that have up to now always guided Auster's own sensibility – but its rewards, when they arrive, are generous. 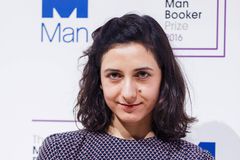 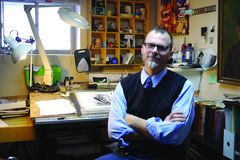