Alafair Burke's 12th book is a stand-alone novel of psychological suspense and is well into the category reserved for Gone Girl and The Girl on the Train. Burke's book is better than either one and that's because she builds her suspense on characters with depth, and her twists, when they come, are both wily and logical and, in this case, built on a story as topical as the daily news.

Angela Powell is the wife of Jason Powell, a charismatic and brilliant economist who has become a global celebrity thanks to a book on equality as an economic tool. When Angela married him, six years before, he was a star professor with tenure and a solid career path. But his book has made him wealthy and a TV star. So when a student accuses him of sexual harassment, it's front-page news. It's also the beginning of a time of torture and misery for the Wife. Angela has a past that she dreads being dug up and publicized. Jason's actions also create problems for Angela's 13-year-old son.

Attempts to control the situation don't seem to help. Then another woman comes forward, this one claiming rape. Angela's fear and terror escalate with each daily dose of Facebook, Instagram and Google news. Soon, her own sad past rises and then, murder – and the plot moves from "he said, … she said," to how far a person will go to protect the people he or she loves. Great plot and characters and don't read the last chapter first. 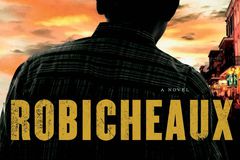 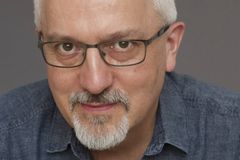 Book Review
Review: Ian Hamilton’s The Imam of Tawi-Tawi is the best of the Ava Lee series
March 8, 2018 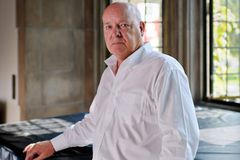