On Sept. 18, 1960, a small delegation of Quebeckers – including the journalist and future senator Jacques Hébert, and soon-to-be prime minister Pierre Trudeau – touched down on a brand-new landing strip in Beijing aboard a Soviet-made TU-104. They were among the first Westerners to be allowed into Communist China, then in the throes of Mao Zedong's Great Leap Forward. The result of their six-week tour of rural communes, Marxist music halls and a grinding array of wax-fruit and machine-part factories, was a charming, slender volume published as Deux Innocents en Chine Rouge. (Translated into Chinese in 2005, it was reissued in Canada as Two Innocents in Red China.)

The title was a wry allusion to Innocents Abroad, the Mark Twain travelogue that lampooned bumptious American reactions to Old World marvels, but also a nod to the Jesuitical spirit of inquiry these products of French-Canadian collèges classiques brought to the endeavour. Filled with observations about the similarities between Christian religious fervour and communist zealotry, the book begins with an invocation from Pope Innocent III. And innocent Trudeau and Hébert were. Invited to marvel at Mao's breakneck industrialization, the travellers were shielded from the tens of millions of famine deaths going on behind the Potemkin facade painstakingly erected by their official tour guides.

Alexandre (Sasha) Trudeau, the younger brother of Canada's current Prime Minister – whose warm welcome of Chinese Premier Li Keqiang in Ottawa this week is a timely reminder of his own presence on family trips to China – is too well informed to ever be considered an innocent. Forty-six years after his father, Trudeau set out on an unchaperoned, month-long tour of the new China; he followed it up with a 2008 visit in which he filed reports on arts and culture in Beijing for CBC-TV in the runup to the summer Olympics. The result is Barbarian Lost, a travelogue in which, at his best, Trudeau fils – who is a graduate of Montreal's Brébeuf College – brings the Jesuitical spirit of contrariness and intellectual rigour of Trudeau père to his exploration of the "new China."

Trudeau never hides the fact that he is following in his father's footsteps. (He is delighted, on the contrary, that his first experience of China was in the womb, during his parents' official 1973 visit.) Like his father's book, Barbarian Lost is organized geographically – ranging from the sweatshops of Shenzhen to a beer factory in Qingdao, by way of Shanghai and the great Yangtze River – and each chapter begins with quotes from such Chinese sages as Confucius and Lao Tzu. And, like his father, whose taste for the outdoors and physical challenge was legendary, Trudeau is never happier than when he's travelling rough: He particularly relishes a night spent listening to rats chomp through a bag of rice as he sleeps on a straw mat in a village outside Chongqing.

Trudeau, posing as a "distracted tourist," and helped by an energetic and brilliant cicerone, fixer and interpreter who goes by the English name Vivien, finds himself freer than his father ever was to have frank conversations with the participants in what has become the world's second largest economy. He meets a proponent of the new Confucianism, who wears a topknot and makes his own robes in a filthy apartment in industrial Jinan. He talks to businesspeople and technicians, among them an engineer in Qingdao who sees China's only hope for continued societal vigour in war with Japan. He stumbles upon a display of antique sex toys in Guangzhou, and interviews a professor in Shandong who edits an illustrated newsletter about safe sex for gay men.

And, like his father, he visits factories – lots of factories. We follow him to a minivan assembly line in Hefei; a robot-filled Chery compact-car factory in Wuhu; an impressively orchestrated GM plant in Shanghai. Unlike his father, Trudeau was under no obligation to tour industrial China, and there are moments when he seems to buckle under the ennui of his chosen program.

"My mission," Trudeau explains, "is to … track chosen moments that might reveal the grand affairs that lie beneath." Sometimes, though, he loses sight of that mission. On an all-too-comfortable cruise down the Yangtze River, he succumbs to boredom and despair, refusing Vivien's coaxing to leave his cabin to pay a visit to the Little Three Gorges, one of the few natural sites spared by the great river's damming. He turns tail at the door of a brothel in Guangzhou, overtaken by "puritanism" and concluding that he can imagine everything he needs to know about the lives of its denizens. (He imagines the woman who has set up the visit standing outside his room, saying: "You call yourself a traveller?")

The book is at its best when Trudeau, in the intellectually rigorous Jesuitical tradition – which in China goes back to 1601 when Italian priest Matteo Ricci became the first European allowed to enter the Forbidden City – plays the devil's advocate. In Hong Kong, he argues in favour of political oversight as a necessary adjunct to life in a resource-strained economy; in response, an editor of the South China Morning Post makes a passionate case for freedom of speech, the rule of law, and democracy. In Beijing, he goads the artist and relentless social critic Ai Weiwei into admitting that the Olympics have brought some good to China. And his conversations with Vivien – a thoughtful and sophisticated Shandong native – in which he perversely makes the case for one-party government, provide the narrative spine that keeps Barbarian Lost from turning into a series of disconnected vignettes.

"I suspect I'll always be a little lost in China," confesses Trudeau at one point. It's a healthy reaction to a nation-civilization on the brink of becoming a global superpower. The great thing is that, after a period of being closed off to the outside world, Westerners are once again able to lose themselves in the erstwhile Middle Kingdom, and – as they did in the 1920s and 30s – are coming back to write excellent books about it: Consider Oracle Bones by Peter Hessler, The Age of Ambition by Evan Osnos and this year's Street of Eternal Happiness by Rob Schmitz. Barbarian Lost joins these recent attempts to reflect on the multiple faces of contemporary China. If Trudeau's narrative occasionally reflects his confusion and despair, it's an honest response to the enormity of the task.

Trudeau is best known as a filmmaker and at times, I felt like I was reading the research notes for a documentary that was never funded. But I don't regret joining him on the ride. Given the vastness of the subject, every traveller is bound to experience a different China. They all return with tales that demand our attention.

Taras Grescoe is the author of Shanghai Grand: Forbidden Love and International Intrigue on the Eve of the Second World War. Follow him on Twitter @grescoe. 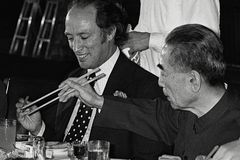 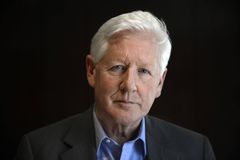 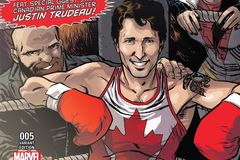