A menacing shark rises from the water on the cover of Amy Jones's debut novel, We're All in This Together. But in this novel, as in shark – and human – life, all is not as it seems. Maybe a shark is not menacing but relentless and brave. As Jones's teenaged idealist London points out, the statistics show humans are much more threatening to sharks than they are to us.

The real mystery of this absorbing novel is not shark but human behaviour.

A 63-year-old woman named Kate Parker goes over Thunder Bay's Kakabeka Falls – the "Niagara of the North" – in a whiskey barrel taken from her son-in-law's backyard bootlegging business. Her "drop, bang, flip" is caught on a video that soon goes viral and brings home Finn, a 34-year-old daughter who has fled the chaos and mess of her family for a townhouse and a technical-writing career in Mississauga. That mess includes a range of characters all united in their love for Kate, who has survived the drop but is left in a coma: Finn's twin sister Nicki; their older brother and former street kid Shawn; his anxious real-estate-agent wife Katriina; patriarch Walter; and six grandchildren. From disordered bodies to disordered minds to broken relationships and punches to the nose, the novel is replete with ailments, tensions and grievances.

A story with this many characters seems as though it would be tough to follow – especially since we also have glimpses of this world narrated from the perspectives of minor characters like the new girlfriend of Finn's ex, a shark specialist and minor TV celebrity, and London's mean-girl high-school friend. So many characters and perspectives is a risk, as some of the voices might prove to be less compelling. But Jones manages to keep all of these characters and their complicated backstories in the air without a stumble, and while I tended to enjoy Katriina's sections more than Walter's, for example, this did not stop me from gobbling it all up. The best thing about this kind of structure is that when it works, as it does here, you get a fuller picture of life.

Jones has a clean and direct style, with flourishes that keep it interesting and surprising. Telling details abound. Finn's snobby treatment of Thunder Bay and her sister's lack of ambition to leave is revealed by her distaste for her nieces' names: "Nicki has never been to London, Vienna, or Milan … Finn has always called her nieces by their first initials to avoid her own embarrassment: L, V, and M. They don't seem to mind – they call her Aunt F, as though her name were a curse word."

The novel recalls Jonathan Franzen in The Corrections, or an ensemble TV dramedy you can't stop watching: both serious about family and lighthearted, both packed with details but not choking on them. We see cyberbullying and self-mutilation, shark documentaries and instant-messaging misapprehensions, viral videos and Old Navy bathrooms. And then there is Lake Superior and the Sleeping Giant to outlast it all. We're All in This Together feels Canadian and contemporary, and the particularity of the setting is a backdrop for ancient themes of love, loss and loyalty.

We're All in This Together is at times so lighthearted that no threat to the Parker family seems particularly threatening. The novel moves by the force of the characters and their voices rather than the troubles they face. The Parkers all share the optimism that allows London to look past a shark's menacing appearance; despite how bad things seem, it is clear to the reader these characters will not be overwhelmed by circumstances.

"Why do those perfect, heartbreaking moments only exist in some screenwriter's imagination?" a character asks. But his life in this novel is filled with such moments. Jones seems to answer his plea especially with the perfect, heartbreaking passages that come from free-spirit Kate, who is losing her grasp of the meanings of words to a form of dementia. We see her working backwards to try to recall a word: "No matter what she does, the path behind her is a complete blank, her footprints erased as soon as they fall, her thoughts thought and then evaporating into the air."

But We're All in This Together is about the traces we leave behind that do not evaporate, about the expansiveness of familial love and its capacity to absorb even this.

Liz Harmer's debut novel The Amateurs will be published by Knopf Canada in 2017. 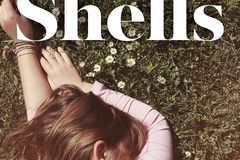 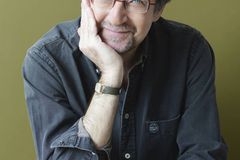 Review
Review: Iain Reid’s I’m Thinking of Ending Things is a stark, cerebral thriller
June 17, 2016
Follow us on Twitter @globeandmail Opens in a new window
Report an error Editorial code of conduct
Due to technical reasons, we have temporarily removed commenting from our articles. We hope to have this fixed soon. Thank you for your patience. If you are looking to give feedback on our new site, please send it along to feedback@globeandmail.com. If you want to write a letter to the editor, please forward to letters@globeandmail.com.
Comments