Tancred Palmieri meets Willow Azarian at the Green Dolphin, a modest Toronto tavern. He's a principled and highly skilled thief, black, raised a pauper, in his mid-20s; she's a queerly charismatic junkie, white, raised in great opulence, more than twice Tancred's age, and, as it bears out, nearing the end of her life. The pair will forge an unlikely friendship, one that will come to determine Tancred's destiny and ensure that Willow's quixotic final wishes are redeemed.

On their inaugural encounter, Willow immediately launches into a chronicle of her moneyed lineage. Tancred fruitlessly attempts to quash Willow's monologue by telling her, "I'm not really one for family stories." Which is where protagonist and author most obviously diverge: Though his prose prizes compaction, André Alexis cannot resist delving into the biographical narrows of his colourful characters, noting everything from their relationships to their fathers to their taste in doughnuts. The third instalment in a quincunx of novels reinvigorating various démodé genres, The Hidden Keys, inspired by a reading of Robert Louis Stevenson's Treasure Island, is a quest narrative, unabashedly fusing high artifice with subtle realism, and boasting a generous cast that spans class, race and sensibility. Like its predecessors, Pastoral and last year's award-snarfing Fifteen Dogs, The Hidden Keys explores what constitutes community in a broader sense, and populates itself with precisely constructed individuals.

The story is propelled by a diverting McGuffin. Willow's father was a billionaire. Upon his death, each of his five children inherited an enigmatic memento, among them a replica of a model of Frank Lloyd Wright's Fallingwater and a bottle of aquavit. Willow is convinced that, were one to study the five objects closely enough, they would yield clues to some hidden treasure. (Will the five novels in Alexis's quincunx likewise align in such a way as to direct readers toward some secret swag?) Thus Willow charges Tancred with the formidable task of stealing the other four items from her siblings' homes so that she can decipher her father's byzantine puzzle. Willow dies before the scheme is undertaken, leaving Tancred to fulfill his mission alone. Alone or, rather, with a little help from various friends, enemies, weirdos, thugs and grifters, among them an albino drug dealer who calls himself Nigger and his sociopathic clubfoot sidekick dubbed Freud. Alexis lovingly imbues each of these characters with backstory and quirks. Each evades the pitfalls of caricature, with the possible exception of a be-tuqued cemetery loiterer and deliverer of homilies named Delmer McDougal, whose corniness could arguably be considered a direct nod to Stevenson's children's classic, along with the appearance of a man with one leg and the descriptive chapter titles, e.g.: "An Unwanted Trip to Etobicoke."

Such geographical specificity is another of The Hidden Keys' most appealing attributes, regardless of whether or not you're familiar with Toronto or its satellite municipalities. Alexis is unusually gifted with summoning evocative details of place and linking them to wider concerns about cities and how we inhabit them. Thus we are treated to musings on the gentrification of Liberty Village and the ostentatious takeaway boxes from high-end pastry retailer Nadège. We have a scene in which the victim of a robbery invites the perpetrator to dinner at Scaramouche and a childhood memory of hearing Glenn Gould practice piano in his St. Clair apartment. There is a Lebanese restaurant named after a Seville bar decorated with photos of an Arabic production of A Streetcar Named Desire featuring the proprietor's mom in a lead role. It is difficult to convey how gracefully Alexis is able to conjure such baroque minutia without slipping into mannered excess. Just as it is difficult to convey Alexis's way of avoiding the trappings of genre while offering, in this case, all the essential pleasures of a crime novel: The Hidden Keys is somewhat akin to Elmore Leonard in its attention to idiosyncratic personal style and providing even minor players with active inner lives.

Which brings us back to this diverting novel's true foundation: character. Tancred is an inspired creation, part affectionately rendered cliché, part complex – though not overburdened – assembly of attributes that reflect questions of identity politics and notions of masculine integrity. Taciturn, solitary and spartan by nature, Tancred, a purloiner since the age of 11, is a sort of noble, code-adhering outlaw, a cousin to the titular protagonists of Jim Jarmusch's Ghost Dog or Robert Bresson's Pickpocket. (For some reason this character type brings to mind more precedents from cinema than literature.) Tancred administers his vocation not out of avarice but, rather, for "the thrill of getting things right" or "the exhilaration of the skill… There was pride and, at times, an ecstasy." As The Hidden Keys resolves its highly entertaining plot and its supporting characters recede from the narrative, we're left with Tancred, who finds himself approaching 30 and faced with challenging new questions of existential responsibility. The allure of tantalizingly arduous-to-obtain booty finally becomes secondary to the pursuit of something far more elusive: adult self-actualization. With this secular spiritual awakening and resetting of goals, Alexis brings his otherwise busy, eventful story to a lovely meditative close.

After the Giller, André Alexis seeks to complete his masterpiece
September 23, 2016 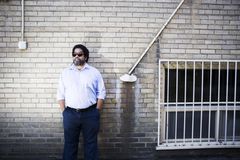 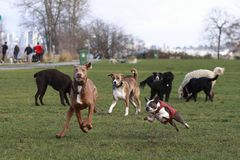