Journalist Ann Walmsley would seem an unlikely candidate for an assignment inside Canadian penitentiaries. In 2002, while living in London, she was mugged outside her house and held in a chokehold that made her black out, before a sound scared off her two assailants. She showed remarkable presence of mind at the time – seeing her attackers approaching, she threw her purse over her own garden wall and pressed a doorbell to summon her husband – but afterward, like many victims of violence, she was long traumatized by the event.

Eight years later, her personal experience of crime raises the stakes as she agrees to volunteer with Book Clubs for Inmates (BCFI), the Toronto-based charity that now runs book clubs in federal penitentiaries for men and women across the country. Walmsley is doubtful, but her new friend Carol Finlay, BCFI's unstoppable organizer, encourages her to get her feet wet by suggesting good titles for the clubs.

Soon enough, a very nervous Walmsley finds herself inside Collins Bay, a prison in Kingston, Ont., discussing The Book of Negroes and The Cellist of Sarajevo with a former Hells Angels extortionist, several drug dealers and a bank robber.

The Prison Book Club is her memoir of the 18 months she spent participating in those literary discussions, an account that has been repudiated by BCFI as sensationalist – although the prisoners themselves emerge as almost uniformly intelligent and sensitive.

Walmsley recorded the book-club discussions and eventually conducted interviews with a few inmates at the Beaver Creek Institution in Gravenhurst, Ont. Some also agreed to keep diaries for her, noting not only their thoughts on reading but also aspects of their daily lives.

She identifies the inmates by pseudonyms – in one or two infamous instances, readers may be able to guess their actual identities – but fairly openly discusses their crimes, which seems to be the source of BCFI's displeasure. In a news release about the book, the organization says the inmates, in particular those who have now been paroled, feel Walmsley betrayed their trust.

(For a journalist, Walmsley's level of access to the inmates was remarkable and may have been possible only because she entered the prisons as a volunteer. When I was researching a story for this paper about the book club at the Warkworth Institution east of Toronto, it took me eight months to get permission to enter the prison for a couple of hours to sit in on the group's monthly meeting and ask a few general questions. I was not allowed to interview the inmates individually nor ask why they were incarcerated.)

Walmsley, on the other hand, eventually questions several inmates about their backgrounds and their crimes. She's sympathetic but no pushover: She notes that she likes the men best when they take responsibility for what they have done and criticizes their use of the passive voice – "a person was shot" – but it's her account of the actual book-club meetings that is often inspirational.

The men wonder whether the bank clerk in Such a Long Journey should keep the dirty money he's guarding; they weigh the romantic options of Juliet in The Guernsey Literary and Potato Peel Pie Society; they read The Book of Negroes and talk about racism with visiting author Lawrence Hill; they argue whether Mary in Alias Grace is guilty and discuss the theme of self-sacrifice in The Zookeeper's Wife and The Grapes of Wrath. Empathy for characters in books and civilized debate about moral, social and emotional issues are the order of the day.

Outside the prison walls, Walmsley is less sure-footed as she offers a gentle but at times meandering account of her stays at Finlay's country home near Kingston and conversations with the affluent women of her own Toronto book club.

Walmsley is never one to hammer a point home and her approach is sometimes more unfocused than evocative; her repeated descriptions of weather, wildlife and effects of light at Finlay's place or on drives to and from the prisons are presumably there to remind us that the men inside have no access to nature, but many of the details seem banal. Similarly, the women in Toronto live in freedom and luxury but somehow their apple and pear crumble or their Quebec blue cheese are never as redolent of time and place as the pistachio ice cream in Azar Nafisi's Reading Lolita in Tehran.

Still, it's that lovely account of students devouring Western classics in a repressive Iran that springs to mind when reading The Prison Book Club, for, in its finer moments, it quietly captures the transformative power of literature in a tough place. 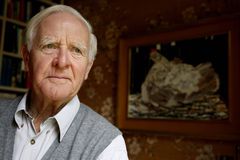 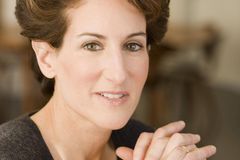 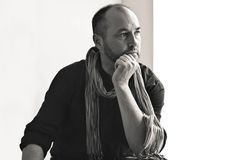