The question of "relatability" has come to be one upon which many a Goodreads review has hinged, much to the consternation of proper critics, who would like to see literary works seeking loftier ideals.

But while the reader's desire to see her reflection in literature may tell us something of her solipsism, it sometimes reveals more about where the canon comes up short.

It's the sort of book its protagonist spends the novel yearning for. Mary – her Korean name, Yu-Rhee, was jettisoned by a school principal soon after she immigrated to Canada – is studying English at the University of Toronto, the novel scattered with her literary points of reference – Shakespeare, Robertson Davies, Virginia Woolf.

When Mary's mother sees her reading Ralph Ellison's Invisible Man, she protests that it's Asians who are among the true invisibles in North American society: "Do you think anyone really sees us when they throw pennies at us for a newspaper?" She asks her daughter why she never reads any Korean writers, or even Chinese ones.

"That's because there aren't any books about them," Mary responds, beginning to realize, too, that the Asian experience is missing from the history, science and philosophy she has learned in school.

Kay's Lucky Coin Variety is set during the 1980s, and while notions of Canadian literature have broadened since then to include many stories of Asian immigrants, these tend to be historical in context and primarily about Chinese Canadians. That Choi's novel follows on the success of another Korean-Canadian story set in a Toronto variety store, however – the award-winning hit play, Kim's Convenience, by Ins Choi – suggests that the time for Korean-CanLit has finally arrived.

Mary's story is one of contradiction, set in the spaces in between. Her parents dreamed big to bring their family to a life that seems so small, as they work long hours in their shop seven days a week. She doesn't relate to her parents' history and culture, but her background makes her feel out of place at home in Toronto as well. She has to be subservient and obedient, all the while bearing the massive weight of her parents' expectations. At school, she finds kinship with friends who are also the children of immigrants, another friend criticizing how the girls all seem resigned to their fates: "Even with your cages unlocked, you refuse to escape."

Ideas of fate and luck are important to the novel – and so much luck is terrible. The novel reads up quickly, mostly propelled by one disaster after another. Violent assaults, robberies, shootings, suicide, domestic violence, attempted rape and an actual fiery explosion is a whole lot of action for a single novel, and the literary impact of these incidents is undermined by their frequency – it all becomes a melodramatic blur.

While such pacing will certainly appeal to younger readers, others will lament a lack of depth. Further, although questions of fate and luck are important to the story, a reliance on coincidence to move the plot seems too convenient, as are several characters who don't exist outside of Mary's perception of them and how they inform her sense of self.

Clunky similes also threaten to undo the remarkable spell that Choi creates with her setting and characters – silence that falls "like a giant white parachute;" a couple in a photo have "bodies like the pieces in a complete jigsaw puzzle."

Even with its flaws, Kay's Lucky Coin Variety is the kind of book for which many have been hungering for too long. The novel's greatest strength is showing that what looks like passiveness from the outside (a girl stuck in an unlocked cage) is actually Mary's slow-but-sure plotting toward her ultimate liberation – her subversions must be subtle and within a certain framework.

Choi also nicely complicates Mary's resolution about her difficult relationship with her mother – she learns to empathize with her, finds common ground and comes to appreciate how her mother has actually helped her realize her dreams. And yet Mary continues to make different choices from those her mother made and desire another kind of life.

What author Joseph Boyden is reading and listening to
June 2, 2016 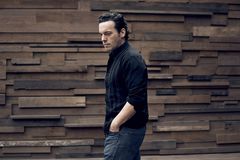 Russell Smith: Self-published authors may be no worse off than the rest of us
June 1, 2016 Griffin Prize judge Alice Oswald on Canadian poetry's humour, modesty
May 31, 2016
Follow us on Twitter @globebooks Opens in a new window
Report an error Editorial code of conduct
Due to technical reasons, we have temporarily removed commenting from our articles. We hope to have this fixed soon. Thank you for your patience. If you are looking to give feedback on our new site, please send it along to feedback@globeandmail.com. If you want to write a letter to the editor, please forward to letters@globeandmail.com.
Comments