My relationship with Anthony Bourdain consists only of having chatted with him, briefly, when my restaurant, The Black Hoof, was featured on his show The Layover.

He was tired – too tired, presumably from one too many layovers, for my tremendous charm to be affecting – but he was polite and engaged. His crew was amazing, and we hung out after filming chugging beer and wine well into the night, trading stories, mostly about how vast the world is. (After hearing them refer to it over and over again, I finally asked, "What is this BQE? Some awesome barbeque joint buried deep in America?" It turned out to be an expressway between Brooklyn and Queens.)

Without question, Bourdain is a heavyweight in the world of food and food writing – he threw his first punch with the monstrously successful book Kitchen Confidential – and his enviable writing style, along with his magnetic personality, rightly made him a star. I absolutely count myself among his admirers, but if you'll permit me to quote a Sloan song (that, rumour has it, refers to the Tragically Hip), "It's not the band I hate, it's the fans." Kitchen Confidential, for all of its "behind the curtain" peeks at the sordid underbelly of restaurant kitchens, starring a rebellious young Bourdain as protagonist who made many questionable, if entertaining, choices, gave license to a legion of young cooks to embrace their every hedonistic desire, perhaps to the basest point of actually becoming dirtbags. It would have been easy for cooks new to the industry to take away, after reading Kitchen Confidential, the message that they should be rewarded – with too much beer, weed-for-food deals with the servers, blow jobs from the new hostess and all manner of things that fall under the umbrella of "hard living" – for the never-ending grind of working excessive, strenuous hours for little reward.

The book was a tipping point. As a result, the restaurant industry is now saddled with a generation of entitled, monotheistic (food is the god in this case) cooks who firmly believe in a work hard/play hard lifestyle. Not all chefs, obviously – but many.

Bourdain himself had subscribed to the glorious highs and dastardly lows of hard kitchen living, so whether, after writing a bestseller and finding his way out of the heat of the kitchen and into the warmth of the media's spotlight, it has remained a true lifestyle or became a wise marketing choice, I don't know. I'd tend to believe a bit of both – you can't live like a rock star forever, Keith Richards notwithstanding.

As his fame grew, the smart choices Bourdain made helped reinforce the notion that men such as him succeed. (It certainly doesn't hurt that he's a ruggedly handsome white dude, and so, as is our wont, we are going to let him continue his success as he ages, and admire him even more with every new wrinkle and distinguished grey hair. This is not a diss, just a fact.) Along the way, he found a really cool wife, Ottavia Busia Bourdain, who introduced him to Brazilian jiujitsu and, by his own admission, growing up. Even newly separated, they appear to be extricating themselves while maintaining a mutual fondness. They might be having the coolest divorce possible, or they might be conscious of selling a family-oriented cookbook whilst uncoupling. Whatever the truth, he now seems, after years of much cleaner living, like a man who still gets drunk occasionally and manages casual consumption of liquor well, but also a man who decided to embrace family life, including raising a daughter, now 7.

Appetites is the cookbook written by this man, this grown-up Anthony Bourdain.

It's possible that the type of cook who once fell in mad bro love with Bourdain will see this book as "selling out" or too accessible, but the ones who've grown up and now have families of their own will understand it perfectly.

The recipes, for the most part, are not especially original, but they're authentic – you really feel like these dishes are all cooked in Bourdain's house. That the featured food preparations in a (pretty clearly) family-oriented book are "too familiar" is a hard criticism to lob at someone's well-worn favourites. And yet somehow, in Bourdain's hands, it seems like it would be exciting to make a very basic yet comforting tomato soup, sided with saltines. (It is. I tried it.) He's reaching into the subconscious of middle- and lower-class America to pull out these recipes. But this is also the same Anthony Bourdain who is one of the most well travelled people on the planet, so the overwhelming majority of his comfort food recipes are from far-flung places such as Kuala Lumpur and Budapest. The platonic ideal, for him, is spicy noodles in broth, which isn't really that far away from chicken-noodle soup. This subtle drawing of similarities between American and "foreign" food is, to me, the best thing about this book – not that the flavours are the same, but that the feelings comfort foods evoke in people are.

You may already know how to make a lot of the things in Appetites, even if you are the most basic of cooks, although there is the occasional complex dish such as poulet en vessie (chicken steamed inside pig's bladder) to hold your interest. But that shouldn't discourage anyone from buying it (or at the very least, flipping through it at a friend's). The recipes are all easy to follow and each one comes with a very Bourdain intro, and the whole thing is imbued somehow with equal parts reverence and irreverence for food in general and ingredients specifically. About Portuguese squid and octopus soup: "I fell in love with this stuff at a Provincetown joint called Cookie's Tap, which was popular with local fishermen and (allegedly) sports gamblers. I'd never tasted anything like it. It took me years of trying to get it right, and the version below, through an adaptation and not necessarily a faithful re-creation, catches, I think, the spirit and many virtues of the original." Versus a matter-of-fact approach to homefries, which are (rightly) dismissed for "almost always sucking."

I found deliciously profane Bourdain hanging out in the intro to the "Sandwiches" chapter, where he opines on bad bread ruining even the best chopped liver: "if the rye bread surrounding it falls apart, you may as well eat it out of a fucking trough." He then casually accuses the Nazis of inventing the Club Sandwich (a.k.a. America's Enemy) since they also invented methadone and ephedra, although as far as Bourdain is concerned, the club sandwich is much worse. (I wholeheartedly agree, and for the same reason: that superfluous, ridiculous third slice of bread.)

These outbursts are why we collectively swooned for Bourdain's prose in the first place; his plain language, his way with a story, just ribald enough so you'd know he was cool. But we also get the expert, hyper-logical advice of "Burger Rules," a loosely ordered list that should be posted in every casual-fine dining restaurant's kitchen, which at its most fundamental, boils down to: "One must continue to ask oneself, as if arranging flowers in a Japanese manner, 'Is this necessary?,' stripping away that which does not serve the meat. The meat is the star." "Party 101" is hot tips from a man who has catered too many events to count. A step-by-step "Thanksgiving" even includes a "stunt" turkey for show and a "business turkey" for slicing – perhaps overkill. But generally, it is a very useful book for new cooks.

Appetites is peppered with enough vintage Bourdain to keep fans happy, and it's definitely a thoughtful cookbook, it just left me feeling more medium well than medium raw. Bourdain has molted, only slightly, but just enough that you'd notice – such as easy-fit khakis cut into buttless chaps. It is exactly the type of cookbook you'd expect from a man whose keen, uncompromised observations have built the foundation for what is undeniably the house of Bourdain. He's a huge brand who has somehow managed to preserve his cool guy moral rectitude even while airing on the dad-ist channel of all time, CNN. He famously migrated there from the Travel Channel, in part due to a trickily edited promo that suggested Bourdain endorsed Cadillacs. He was not pleased with this and used it to his full advantage, as the realest ad possible, for his integrity. And in a very significant way, this cookbook speaks to that same quality – he might be more bourgeois than bohemian as he moves into his 60s, but he is just being himself, as he has always done. What's more rebellious than that?

Jen Agg is the proprietor of The Black Hoof, Rhum Corner, Agrikol and Cocktail Bar, and the author of the memoir, I Hear She's A Real Bitch, which will be published next April. 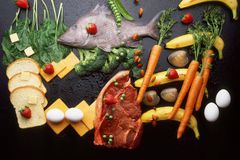 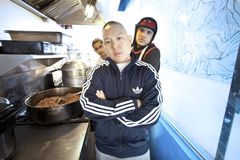 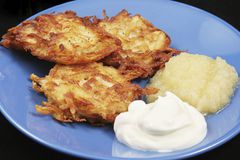