I've noticed that in times of trauma, my friends and I are actually quite skilled in the art of making a joke. Outside our tightly knit group, this may seem an odd or even inappropriate practice, but for us it's a method of coping – a special coded language that suggests it's okay, we'll get through it and we'll survive. The Crooked Heart of Mercy, the latest novel by Billie Livingston, is in many ways the book version of a soothing joke in the face of loss. The narrative is centred on what is universally believed to be the most painful experience imaginable – the death of a child – and yet somehow it manages to be hopeful, heartfelt and even comforting in its overall delivery. It doesn't make light of human suffering, but instead understands that levity is a reality of coping with it. It is this very recognition that makes the novel, and its robust characters, so entirely familiar.

Maggie and Ben are estranged after their toddler, Frankie, climbs onto a windowsill and slips away into the night. They blame themselves for his tragic death, believing a few comforting pills and a few glasses of wine are the egregious source of their neglect.

Stumbling through life carrying her enormous grief, Maggie efforts to find bill-paying domestic work and a way to rebuild, constantly questioning who would ever want to take her on now that she's a walking shadow. Ben, on the other hand, falls into a form of madness, lying in a hospital bed with a self-inflicted bullet hole in his head that he can't really explain. A majority of the novel's more painful plot points occur before we even begin, meaning it's far more concerned with how we connect, recover and heal, than in the machinations of tragedy itself.

"I want to be good," says Maggie of moving forward. "I want to love the memory in my lap and be grateful that I had Frankie for the two and a half years I did."

Getting over something so devastating is obviously no easy process, and, in the case of The Crooked Heart of Mercy, it's one (very realistically) complicated by a cast of interfering secondary characters. Ben's younger brother Nicholas, or "Cola," gets in over his head in dangerous ways and looks to Ben for protection. The pair are bonded by memories of a now-ailing abusive father, and the recollections of his erratic torment on them as children make up some of the book's more harrowing scenes.

Maggie's brother Francis – probably the novel's strongest and most charismatic feature – is a failing priest with a history of being relentlessly bullied as a child for being gay. His adult love of sex, smokes and a stiff drink lead him astray, but also reveal a unique and admirable relationship religion and its comforts. After an in-denial Francis gets his third DUI (and becomes the star of a viral video unfortunately titled Drunk Priest Propositions Cops) he's facing Our Lady of Perpetual Help Rehab Centre for a six-month stint. In the interim, Maggie comes to his rescue, caring for her brother at the exact moment she most needs his support.

Even with a dead child, domestic abuse, a bullet to the head, psychiatric confinement, arrests and impending rehab, this novel contains far more charm than tragedy. What gives it its strength is the intense vibrancy of its cast, and the diverse spiritual comfort they offer and find each other. Lucy, the elderly woman Maggie comes to work for as she rebounds from loss, is a wholly endearing children's book author with an interest in reconnecting with the dead and a knack for an ill-timed comment. Even though Maggie resents her meddling, she comes to prop herself up via their burgeoning friendship, allowing it to bring structure and even humour to her days. Lucy provides Maggie with a belief in her usefulness and "luminosity" – no small feat given what she has to contend with.

Thankfully, Livingston avoids cliché and caricature, and is able to investigate the necessity of belief in all its forms without descending into the didactic. She has a real knack for voice, bouncing back and forth between Maggie's first-person grief and Ben's mental-illness monologues gracefully and believably.

Further, her light-handed investigation of religion and its place in our lives – especially in crisis – is wholly refreshing and open-hearted. Though her characters are flawed and often fumbling, she never once imposes judgment on the ways they choose to cope and heal, and in turn encourages us to follow suit.

It would be easy to use words like "heartwarming" and "uplifting" to describe what Livingston has accomplished here with her vivid ensemble cast, but there are far more complex things happening on the page beyond just a simple feel-good narrative. The Crooked Heart of Mercy truly highlights how life often gets in the way of getting better, but we bravely take from it what we can to move forward – and maybe make a joke or two in the process.

How Billie Livingston hustled her real life into her fiction
August 5, 2012 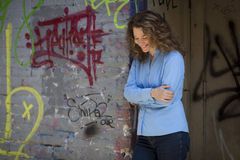 Film Review
Sitting on the Edge of Marlene: A hard look at the art of the self-con
March 20, 2015 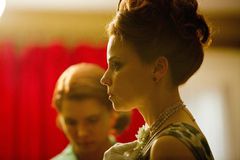 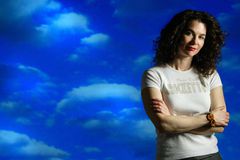