There is a rich tradition of stories about humans narrated by animals – from Natsume Soseki's I Am A Cat to Matt Haig's The Last Family in England – as well as narratives based around unexpected convergences of separate, proximate lives (Muriel Barbery's The Elegance of the Hedgehog being one recent example, and particularly notable as that rare beast: a translated book that made it to the bestseller lists). In Fishbowl, Bradley Somer's whimsical second novel (his first, Imperfections, won the 2013 CBC Bookie Award), the author blends the two to create a blithely philosophical summertime read.

Ian the goldfish escapes his bowl on the 27th-floor balcony of an apartment block only to spend the next 55 short chapters plummeting to the street below. Along the way, he witnesses pivotal moments in the lives of those who inhabit the Seville on Roxy. There's the philandering grad student, his girlfriend and the Other Woman; the agoraphobe and the time-travelling home-schooler, the bed-bound expectant mother, the construction worker with a delicate secret, and the nigh-invisible building superintendent on the lookout for love.

For Ian, "'as long as he can remember' covers a slender ribbon spanning only a fraction of a second" – and so this is a present-tense narrative in which a fleeting moment inspires multiple Proustian digressions. "It takes a goldfish less than four seconds to fall the distance between the twenty-seventh floor and the sidewalk below," Somer writes. "It's the span of time it takes to unlock the front door of your house. The time it takes to read a sentence or two. For Ian, it's a lifetime of wonder."

High-concept verging on the gimmicky, yes – but Somer's strengths as puppet master make Fishbowl an entertaining read, as he wrong-foots the reader with cliffhangers that draw his cast into a tightening net of intrigue, revelation, rescue and redemption. A broken elevator, for once, doesn't mean an opportunity to create chaos among the people trapped inside, but rather sets loose a time bomb on the emergency staircase. In other hands, this conceit would devolve into satire, but Somer writes with game-changing empathy and curiosity.

Although few of his characters could single-handedly sustain the weight of an entire novel, in concert they work well together. The home-schooler suffers blackouts, one of which lands him in the path of a woman in labour. The shut-in works for a phone-sex business; she is baking quiche when there is an unwelcome a knock at her door. Meanwhile, we wonder about the mysterious package making its way upstairs with the construction worker, who may or may not share a secret passion with the super.

There are limitations to the fish-as-witness device. "If he could, Ian would wonder on the beautiful and quantifiable order that gravity imposes on the chaos of the world …" – but as Ian patently can't, sentences like this end up feeling more arch than insightful. The same can be said for chapter headings ("In which we meet the villain Connor Radley and the evil seductress Faye") that steer an uncertain course between the self-conscious and the tongue-in-cheek.

Somer is a clever writer, sometimes to his detriment. There are lapses into verbosity ("the building fulfills an Arcensian mission of carrying everything mentioned thus far, housing the spirit and the chaos of life and those beings in which they reside, through the floods and to safety every time the water recedes") and adjective-heavy descriptions ("Katie is a beautiful woman with short brown hair, kohl-encircled pale-blue eyes, and a sharp chin"). The trade-off for all that artful structuring is that at some point the juggler has to catch the balls, and so the resolutions to a couple of storylines are pat and strain credibility. The epilogue feels unnecessary, only serving to tell us what we've just read – or worse, what we've just learnt – and rivals the opening chapters for overexplaining.

That said, the humanity and humour of the intervening narratives make it easy to see why Fishbowl has already sold in several translations. Somer tackles loneliness, life, love and death with wit and sensitivity, and the novel's message – that "no single person lives their own life; we all live each other's together" – is one that warrants repeating, even at a goldfish's rate of recollection.

Book Review
Anne Enright’s The Green Road is a beautiful portrayal of a family
May 15, 2015 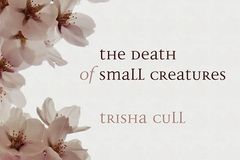