But author Caitlin Macy's brand of problems take place in a world that's unfamiliar to most of us. Set in New York's Upper East Side, the novel opens on the social and political landscape of St. Timothy's private preschool and introduces us to three women (Gwen, Philippa and Minnie) whose trajectories end up barrelling toward one another, regardless of how different their backstories are.

Well, not that different. All are mothers and wives, sure, but each character is also connected by a menacing figure who emerges from the past to wreak havoc on their present. And in the #MeToo era, this narrative morphs into one that's especially pertinent: Most of us know only too well that predators don't often stay hidden or buried along with the worst kind of trauma. Instead, they tend to exist loudly and without apology, fuelling themselves with the same brand of entitlement they've been defined by. And that's what makes Mrs. an interesting tale. These characters are anything but a plus-one to their husbands. But until nearly the end, they're almost entirely defined by those very relationships.

It takes us a while to get there. Slowly, we learn that Gwen gave up a lucrative career in science to stay at home with her daughter and that former model Philippa (and wife of an esteemed investment banker) seems to thrive on acting out; drinking too much at parties and showing up late for school pickup and without enough cab fare. Minnie, on the other hand, appears fuelled by intention, moving through playdates and social events with purpose as though plotting her next move and climb up the parental hierarchy. And reading about them, you know that not everything is what it appears – that inevitably we'll find out that what glitters tends not to be gold. But because Macy doesn't rush us into that lesson, it can be hard to rally sympathy.

And that's a trend we've come to see in pop culture, especially lately. If Big Little Lies or The Girl on the Train have taught us anything, it's that one's success in society's upper echelons hinges on matrimonial connections and what that union represents. In Mrs., Gwen and her husband, Dan, pride themselves on who they they think they aren't (see: typical Upper East Side inhabitants). Philippa and her husband, Jedidiah, embody the golden couple despite Jed's own reluctance to participate. And Minnie and her husband, John, court opportunity by looking for ways to prove themselves to the most judgemental of social circles.

But who cares, right? Who needs another book about rich people? About private schools and the hidden language of playdates? About wanting to fit in and standing out? Because at the surface (and for the first handful of chapters), none of the above seems like a real problem: The characters in Mrs. don't worry about money, about shelter, about food. But after staying with Gwen, Philippa and Minnie for more than a few pages, it becomes obvious that classicism, sexism, elitism and rape culture creep up everywhere and poison everyone. They don't care whether or not you now live on the Upper East Side.

And that's something Macy excels at: Stripping the veneer away from each woman's life and what we expect them to be and painting them as messy, complicated persons trying desperately not to give that truth away. And while Macy writes husbands as honestly and as complex, it's her three main figures whose stories you want to stick with. It's Gwen, Philippa and Minnie you care about. And frankly, by the second half of the book, the idea of being a "Mrs." feels almost like an inconvenience – like something holding us back from revelling in a story about three women you actually care about. After all, Jed's affinity for farm life isn't endearing, it's boring. Dan's half-hearted marital efforts and obsessive career ambitions are irritating (at best). And any time John is mentioned, you just want to pick up your bag and move to another seat. (Because if you haven't pictured him as Donald Trump Jr. yet, you certainly will now.) Which isn't a testament to Macy writing poorly, but to how good she is at dispelling the myth that someone isn't complete until she's paired off.

Of course, Mrs. is still a story that takes place in a bubble of privilege and affluence, and even though most of its main characters haven't been raised in it, you'll still roll your eyes at the problems that seem almost make-believe in their ridiculousness. (Think the politics of Amabella's birthday party in Big Little Lies.) But that is also so much like real life, too: absolutely ridiculous until it isn't. And that's when we notice all the real problems we have. 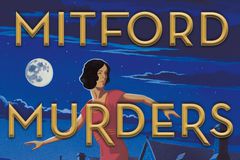 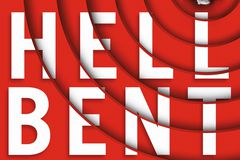 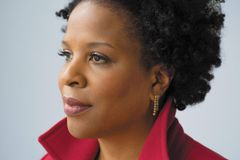