University of Chicago Press, 240 pages, $31.50The Safe House is Christophe Boltanski's lightly fictionalized biography of his eccentric family, told by charting the rooms of the dilapidated Parisian mansion where four generations of Boltanskis lived. As Laura Marris comments in her translator's note, The Safe House's status as fiction draws attention to the elusive nature of memory: There are always gaps that our narrative desire for completion hastens to fill. But there is also something about this family – many of its members operating under pseudonyms – that finds safety in fiction. The official record can prove dangerous. Sometimes, it is safer to be slightly older than one's actual age. Safer for everyone, too, if Vichy authorities believe a Jewish father no longer lives with his Catholic family. The root of this family's eccentricity is a trauma from the Second World War: Under the French Nazi puppet government, Étienne Boltanski's Jewish heritage put him in grave danger, forcing him into hiding. The severity of the French state's betrayal of its own citizens has obvious and unsettling echoes today.

Before we get to the fiction of Sylvain Prudhomme's debut novel, let's get some facts straight. Super Mama Djombo is a real band that rose to prominence in 1974, the same year Guinea-Bissau gained independence from Portuguese colonial rule. Dulce Neves is a real singer who is very much still alive. April, 2012, saw a real coup d'état in Guinea-Bissau, in which the military took power during the second round of presidential elections. The Greats is a novel about a single day in 2012 as Couto, fictional rhythm guitarist for Super Mama Djombo, wanders the streets of Bissau after learning his former lover, Dulce, has died. Later that evening, Super Mama Djombo will play a concert in her honour just as the military takes power to protect the Guinea-Bissau narco-state. Clearly, Prudhomme strays from the historical truth here; importantly, that's not the truth he attempts to access. This is less a novel about a band than what the band represents: both the greats – that generation who fought the Portuguese – and the ideals of independence, now in twilight.

Things She Could Never Have

The through line in Tehmina Khan's debut collection is its women – Pakistani women, mostly modern, mostly in Karachi but a few in Toronto, mostly cisgender but two stories (including the title story) from the perspective of trans women. Much like the rest of Things She Could Never Have, these two stories are more concerned with social position than essentialist identity. (The cover image is from an Indian advocacy campaign in which hijras remind motorists to wear seat belts.) Khan writes with surprising economy: Many of these 12 stories feel full despite their short page count. This might be due in part to the connections between the first four pieces. There are still a few that end a bit too abruptly: Flying to Andalusia could go further, past its two contrasting narratives; I also wanted more from Come Listen to Me, because it's about storytelling itself and in that way is a kind of coda to the collection. The reason I wanted more is because of what Khan does well: offering a kaleidoscopic view of those so often rendered invisible. 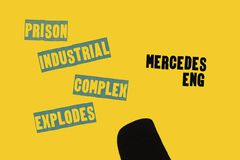 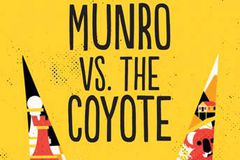 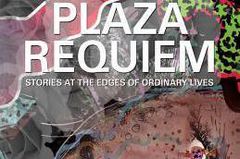