With the launch of its exciting new comics imprint, the New York Review of Books has begun translating and reprinting unknown and overlooked classics from cartooning history. The 1997 sword-and-sandal epic Peplum, by the furiously inky artist known as Blutch, marks the first translation in the publisher's catalogue – and thus serves as a gauntlet thrown down with imperious conviction. Breakneck in its pacing, allusive and rich in its classical cadences (as translated by Edward Gauvin), Peplum tells the story of a lowborn Roman subject who steals a nobleman's identity and transports a beautiful woman, frozen in ice, through the ragged outposts of the Empire, hoping the intensity of his devotion will thaw her. Freely adapting passages from Shakespeare's Caesar and Petronius's Satyricon, Blutch draws cities like Grosz, atrocities like Goya and gardens like Matisse. Peplum's broad strokes may thus seem familiar – the hero undergoes an odyssey where he is beset by pirates, bound by barbarians, ravaged by an Amazon and tempted away from his prize by a comely boy-servant – but the execution is all Blutch's own, confounding and febrile, like some dream version of myth.

In the years since the end of her landmark series Dirty Plotte, Julie Doucet has rarely strayed far from comics – so long as you're generous about what you call comics. Carpet Sweeper Tales marks a culmination of the artist's Dadaist experiments with collaged words and images, pushing at the boundaries of comics till they pop. Starting with suites of posed photos from 1960s Italian picture-novels – pomaded men in sports coats, cruising in Fiats with bored women in winged eyeliner – Doucet pastes new word balloons over top of these melodramas, taking ad copy from old homemaking magazines and shuffling it into burbling pidgin. "Pudding," one man's speech bubble squawks, "me will Karpet-Kare of you." His lover replies, "Ford you sweepmaster!" Doucet often conflates her found-photo characters with postwar consumer goods: the funniest bit has a motorcycle gang stuttering through an argument about "gggggirlss" and their "FFFfFemfeminine napkinss." Throughout, the artist emphasizes the absurd distances that divide word from image, products from people, or men from women, all stammered out in a fidgety, jazzy brand of visual poetry – "Read it out loud," as the preface commands.

Megg & Mogg in Amsterdam and Other Stories
By Simon Hanselmann, Fantagraphics, 160 pages, $25.95

In his hit comics starring green-skinned Megg and Mogg the cat, Simon Hanselmann has perfected a brand of soul-plumbing stoner humour that makes bottomless despair and emotional trauma somehow side-splitting. Megg is a clinically depressed and self-medicating witch, Mogg is her feline lover, Werewolf Jones is their volatile dealer and Owl is the straight man they despise and abuse. Hanselmann defines these characters with crystalline clarity, draws their dull world in compassionate colours and writes their misadventures with the easy, expert equilibrium found in classic sitcoms (Megg's reference is Seinfeld, but It's Always Sunny in Philadelphia is closer, if slightly more kind). In this volume's episodes, the gang plays laser tag, goes camping, gets waylaid by Juggalos and fights off bad trips while in Amsterdam, but a droning, disheartening note resounds throughout these high jinks. The book's humour derives from its slump-shouldered resignation: everything is awful, people are horrible and not even heroic amounts of liquor and drugs can ameliorate life, but Hanselmann's characters persist anyway. In the face of utter meaninglessness, that kind of dogged, dumb perseverance seems unspeakably brave – and nonsensically, abjectly, tear-wrenchingly funny. 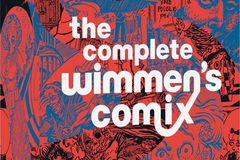 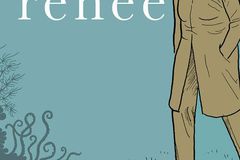 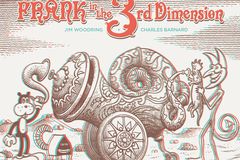