Don't say I didn't warn you.

Those six words, which could have been uttered by Paul Revere in 1775 or Winston Churchill in 1938, are an efficient summary of what David Frum, the Canadian-born conservative commentator, argues in Trumpocracy, written as a jeremiad against Donald Trump's presidency but fated to be a philosophical bookend to Fire and Fury, Michael Wolff's sensational insider account of the Trump White House.

"The crisis is upon Americans, here and now," Mr. Frum asserts in only the fourth paragraph of his new book, which carries the foreboding subtitle The Corruption of the American Republic. For the next 235 pages, Mr. Frum sets out his case against Mr. Trump, his worldview, his associates, his supporters, his enablers, his funders and his publicists. The result is a breathless but also breathtaking compilation of the mendacity and mistakes of the first year of the Trump ascendancy, a J'accuse for the second decade of the 21st century, a dark portent for the future – and a warning that despotism doesn't necessarily begin with violent disruption.

It can come on little cat feet.

"The thing to fear from the Trump presidency," Mr. Frum asserts, "is not the bold overthrow of the Constitution, but the stealthy paralysis of governance; not the open defiance of law, but an accumulating subversion of norms; not the deployment of state power to intimidate dissidents, but the incitement of private violence to radicalize supporters."

Verbatim: David Frum writes about how Trump turned his country into a headless giant

Mr. Frum is not, like Mr. Wolff, a gadfly with big ears and maybe a big Pinocchio nose. He is the rarest of alchemies: Canadian royalty (son of a beloved CBC broadcast journalist, brother of a Canadian senator) and American political analyst, known popularly for inserting the phrase "axis of evil" into George W. Bush's 2002 State of the Union Address delivered before Congress and a nationally televised audience but also known, in the parlours of Washington, as a contemplative theorist. All of which makes the tone of Trumpocracy extraordinary. In the power corridors of the American capital, Mr. Frum whispers. In the pages of this book, he shouts.

He portrays Mr. Trump as an amateur, a charlatan, a con artist, a manipulator, a poseur, a serial fibber if not outright liar, a vulgarian, a swindler, a skimmer and a trimmer, a man-child lacking character, intelligence, integrity, judgment, clarity of thought, a coherent philosophy or a worldview and management and organizational skills.

His White House entourage, Mr. Frum argues, consists of a toxic combination of "bad people" and "weak people." Plus this: "The Trump White House is a mess of careless slobs." Mr. Frum has special enmity for conservatives he believes should have known better, for congressional leaders he believes should have stood stronger and for Republicans who should have thought harder about the man – hardly a conservative, contemptuous of congressional leaders, barely a Republican – to whom they delivered their greatest and most coveted prize, the Republican presidential nomination. Too late for that, of course.

While generally deriding or mocking TrumpWorld's assault on the press – an especially raw topic both for writers of books and reviewers of them – Mr. Frum nonetheless sees the media as an unwitting accomplice to Trumpocracy, an unfelicitous but perhaps enduring term. "The traditional media's commitment to 'both sides of the story,' " he argues, "created within them an insatiable internal demand for positive comments about a president for whom there was otherwise so little good to say." That is a topic for another book, and surely there is one – no, several – in the works. Watch this space.

On foreign policy, Mr. Frum is relentlessly critical of the President, arguing that Mr. Trump has made a dangerous departure from the post-Second World War consensus and, moreover, that the architects of that worldview "intended exactly the things that Donald Trump now complains about: that the United States would have to make concessions to smaller partners, that it would not act as judge in its own cases, that it would subordinate its parochial and immediate national interests to the larger and more enduring collective interest." If this book had been written for a Canadian publisher rather than an American house, the name Lester B. Pearson might then immediately appear, perhaps weeping.

The isolationist President is himself isolated, a notion that even his staunchest defenders have not been able to wipe away. He is, in Mr. Frum's view, "locked in a tiny circle by his distrust of outsiders." In this – the isolation, not the isolationism – Mr. Trump is not alone, and here Richard Nixon comes to mind. And George W. Bush. And Barack Obama. And probably Mr. Trump's successor, too, whenever that might occur. It's an occupational hazard, even – perhaps especially – for populists.

Books like Mr. Frum's are not unknown in every administration, though seldom produced so early in a presidency, seldom put forth by fellow party followers and seldom written with such mastery of the broader American political landscape. (Another is coming next week: How Democracies Die, from the Harvard professors Steven Levitsky and Daniel Ziblatt.) As a creditable part of that literary genre – a cri de coeur married to a call to action – the principal flaw of Mr. Frum's book is that he is frustratingly stingy in relating his own role in conservative politics during the 2016 election season. Even so, he does offer a prescription for American redemption, which can be distilled down to this: Remember that a bully is a coward, and that democracy requires direct public involvement.

Through all of this – and truly this is a dark read – Mr. Frum does harbour some hope, a kind of Newtonian third law of physics applied to politics, with every Trump action inspiring an equal and opposite Resister reaction. "A new spirit of citizen responsibility," Mr. Frum says, "is waking in the land." If so, Mr. Frum may be remembered as one of the trumpeters playing Reveille. 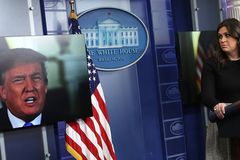 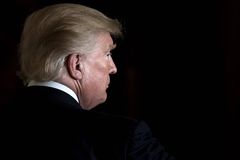 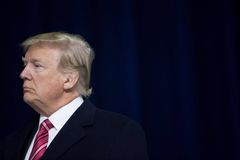