The downside of the current vogue for historical fiction is that authors, eager to share the spoils of their research, too often treat their novels as teachable moments. That hide-the-broccoli-in-the-muffins approach rarely works; it's too easy to spot the green stuff.

Centred on a little-known historical event – the creation of an agricultural colony for Jewish refugees in the Dominican Republic by murderous dictator Rafael Trujillo during the Second World War – David Layton's new novel has its share of Wikipedia-like moments. What saves it from the dull claws of didacticism is its protagonist, a blond-haired, blue-eyed Austrian Jew named Karl Kaufmann, in whom the drive to self-preservation becomes a kind of moral flaw.

When The Dictator begins, Karl, now 90 and showing signs of dementia, has just come to live with his son, Aaron, in his high-rise Toronto condo. Neither man is happy with the arrangement. Aaron had no involvement with Karl, who worked as a land developer, after he abruptly walked out on him and his mother 40 years ago following revelations he'd been sending secret payments to the Dominican Republic.

Judging by his 16-year-old daughter Petra's bitterness about his own recent divorce, Aaron's compensatory attempts at being a good father seem to have backfired as well. He's rankled by the fact that Petra and Karl seem to get on effortlessly, even conspiratorially. When he's out, they smoke and play cards. When he's there, Petra sarcastically points out the hypocrisies in his work as a senior policy adviser for the province (which Karl, indifferent to his son's livelihood, refers to as a "think tank"): "You're flying thousands of miles just so you can talk about global warming and the environment?" she sneers.

The first 50 pages, in which this chemistry is laid out, are the novel's weakness – Layton takes too long to develop what feel like familiar, rather banal types: the earnest, organic-eating parent; the surly teen; the cranky, wandering grandpa.

That changes definitively and for the better once the narrative starts taking regular trips into Karl's past. In Vienna, as Nazi banners fly in the streets on the eve of war, 15-year-old Karl's declaration that his family should leave the country is met only with hand-wringing by his father, Bernard, who chooses instead to endure the daily buildup of humiliations, including the loss of the family glove factory.

Karl views his family's helplessness through a distinctly Darwinist lens. Of his mother: "Hers was such a delicate response … like an organism whose defensive camouflage had been rendered useless against some vicious evolutionary terror," while of his father: "Karl could not forgive him. His stupidity. His befuddling deficiency when it came to self-preservation." Bernard's platitudes – "At least we're together" – only serve to deepen his son's contempt.

Frustrated with this failure to act, Karl decides to do so alone. In a scene reminiscent of the Grinch's encounter with Cindy Lou Who in How The Grinch Stole Christmas!, he prepares to slip out of the family's apartment under cover of night but is stopped in his tracks by his 10-year-old nightgown-clad sister, Trude. Seeing her distress at his obvious betrayal – he's clutching jewellery stolen from the lining of his father's coat, which will serve as a bribe for border officials – he soothes her with a lie: "We'll all be together. I promise."

It's at a Swiss refugee camp that Karl learns of General Trujillo's remarkable offer. If he and his fellow refugees come to the Dominican, they'll be welcomed as colonists, given land to farm and immediate citizenship. After a stop in New York, where the unwanted refugees are held at Ellis Island and barred from entering Manhattan, they're greeted personally by the Generalissimo, who cuts a bizarre figure with his Hitler mustache and conspicuously pale makeup.

It's only later that Karl's friend Felix reveals the true, nefarious nature of the transaction they've just undertaken. For Trujillo, the Jews are a means to Europeanize and "whiten" the country, as well as dilute its population of Haitians, whom he slaughtered by the thousands just a few years previously. Once treated as a threat to the gene pool, the refugees are here seen as its saviour, a thinking that soon penetrates the colony. At Passover dinner on the farm where Karl works, a neighbour casually refers to the Jews as "a higher culture" than the Dominicans.

It's to Layton's credit that he doesn't let things rest on this easily mined paradox. Focus is instead kept on Karl, who seems to accept it as part and parcel of a dog-eat-dog world: "What group of people didn't exclude or reject other people? That came with the territory. If a country happened to like Jews, that only meant they'd found someone else to hate." Without the attachment of an ideology or moral code, Karl's self-preservation starts to look a lot like narcissism and not a little like the social Darwinism the Nazis themselves used to justify their racial and expansionist policies.

As Karl's past and present inevitably collide, Layton makes up for a slow start with a suspenseful build to a satisfying conclusion. By putting history in the service of character, rather than vice versa, The Dictator achieves something layered and morally complex. 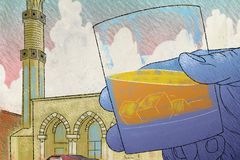 Gin Phillips: ‘I find goodness much more interesting than evil’
July 7, 2017
Follow us on Twitter @globeandmail Opens in a new window
Report an error Editorial code of conduct
Due to technical reasons, we have temporarily removed commenting from our articles. We hope to have this fixed soon. Thank you for your patience. If you are looking to give feedback on our new site, please send it along to feedback@globeandmail.com. If you want to write a letter to the editor, please forward to letters@globeandmail.com.
Comments