Do Not Say We Have Nothing begins at the end, so to speak. It is a gorgeous intergenerational saga, stretching as far back at the 1940s and traversing China from Beijing in the north to rural Guangxi in the south, but Madeleine Thien's narrator speaks to us from present-day Vancouver. She's telling us about her father, once a brilliant pianist, who committed suicide in Hong Kong when she was just 10 years old. She's known to some as Jiang Li-ling, or Marie, but to him, she was "Girl."

The story that emerges revolves around her father, his mentor (Sparrow the composer), and Sparrow's cousin, the violinist Zhuli, all three of whom were studying at the Shanghai Conservatory of Music at the start of Mao's Cultural Revolution. Overnight, they find the music they write and perform, written hundreds of years in the past, to be forbidden by the state – yet it continues to run through their heads and impels them to find an outlet. At times, their untenable love of Western music functions as a parallel for the deepening, unspoken intimacy between her father and Sparrow (lest we become too comfortable in our Western freedoms, one could imagine Van Cliburn as the basis for the narrator's father, or Tchaikovsky himself).

You might not assume that three classical musicians would provide the most vivid lens for this violent political upheaval, but history tells us differently. On March 13, 1968, the Conservatory's director, He Luting, was forced to participate in a nationally televised "struggle session" – a combination of public denunciation and torture intended to purify one's Maoist convictions – for his love of Debussy's "decadent" compositions. Despite throngs shouting that he was a "running dog" that needed to be "knocked down," He Luting refused to admit wrongdoing, and the power of his resistance formed an image of dissidence that many Chinese people remember to this day. That this practice has been recently reintroduced in China, albeit in an allegedly less severe form, brings these confrontations additional weight.

Family members and acquaintances proliferate as Thien's novel jumps through time, and as characters are reassigned, or sentenced to labour camps and then "resurrected," I found myself having to keep a rough map of their relations with each other. But these recursive movements reflect Do Not Say We Have Nothing's spiritual affinity with Bach's Goldberg Variations, particularly the two recordings that bookend Glenn Gould's career. If, like the opening bars of Gould's later recording, there are expository passages that land a bit heavily, it is only because they are necessary for establishing a foundational pace and tone, and will be picked up and altered throughout the rest of the novel.

However, Thien's title refers to another piece of music. It is taken from the Chinese translation of Eugène Pottier's L'Internationale, a 19th-century worker's song adopted as the national anthem of the then-Chinese Soviet Republic, and the line she has selected contains a revealing alteration. Where Pottier's "Nous ne sommes rien, soyons tout" might be cleanly translated as "We are nothing, let's be everything," the anthem's version has it: "Do not say that we have nothing, / We shall be the masters of the world!" This translation shifts the burden from the singers' collective belief to the listeners, admonishing us for something we have not yet said, for the sake of something that will, but has not yet, come to pass.

In the novel's second extended historical moment, during the days leading up to the Tiananmen Square massacre of 1989, many of the same themes and relationship structures recur, but with surprising resonances. The novel's central characters were students during the Cultural Revolution, but have become parents, and find themselves on the other side of another generation gap (tellingly, the Chinese mark generations in 10-year intervals). When Sparrow's daughter makes an impertinent assessment of his career, his surprise has less to do with a sense of propriety than the accuracy of her perception. When the narrator asks, seemingly rhetorically, "How does a copy become more than a copy?" – we realize that the novel offers many possible answers.

Should any doubt remain, Do Not Say We Have Nothing will cement Madeleine Thien as one of Canada's most talented novelists, at once a successor to Rohinton Mistry and a wholly singular stylist. So it was with some confusion that I realized that Thien recently appeared in these pages as one of several Canadian novelists derided for "a very liberal sprinkling of non-English words." This tendency so pained the essayist that he had come to doubt the significance of giving awards to our nation's best writers. Later, Thien took to Twitter to point out that there are not, in fact, any non-English words in her three previous books – one assumes the essayist was too busy refreshing Amazon for reviews of his own recent novel to actually sit down with the offending volumes.

I bring this up not only to apologize to Thien – which I do – but to provide some background for an affecting scene in the novel's opening chapter, in which the narrator's mother uses a dictionary to interpret a letter written in an unfamiliar form of Chinese, the result of state-ordered simplification of the language. On the page, the scene indicates the mother's perseverance and perhaps a sense of futility following her husband's death, but in the world of Canadian literature, it feels almost punk rock, writing into the face of her detractors and investing the scene with empathy. It shows Thien's perspicacity and commitment to expanding the materials of our fiction. When she became a professor of creative writing at the City University of Hong Kong in 2010, she did so precisely because she "wished to learn what a multilingual, multicanonical literary workshop might look like." One wishes she could have found something similar at home.

Do Not Say We Have Nothing is at its best when Thien is extracting the residue of the past from individual words and phrases, and she deftly juxtaposes the events of the novel with powerful lessons in etymology. At one point, the narrator recalls discovering that the ideogram for "arrival" is a combination of the characters for "tree" and "not yet," during the last meal she would share with a close friend. The name "Bach" phonetically resembles the Chinese words for "awe" and "longing." The narrator's "Girl" is a synonym for "daughter."

Mikhail Bakhtin, one of Thien's favourite writers, encourages us to imagine every word as a ray of light and its context as a prism refracting it: "The social atmosphere of the word, the atmosphere that surrounds the object, makes the facets of the image sparkle." Thien's dexterity ensures that these correspondences are not offered as prescriptive, but as the kinds of coincidences we notice when we are searching for explanations. When Thien includes excerpts from poems by Li Po or homilies by Mao Zedong, she's encouraging us to do this same work of meaning-making, constellating what she has written with the cultural context from which it emerges, but allowing us to find connections.

Although ostensibly a historical novel about two of the most significant moments in recent Chinese history, Thien has written a supple epic about that which remains behind after each new beginning. Do Not Say We Have Nothing is thoroughly researched but without the burden of trivia, both riveting and lyrical. I'm reminded of a few words from the American poet Lyn Hejinian: "And we love detail, because every detail supersedes the universal."

David B. Hobbs is a Canadian writer and academic.

Book Review
Review: Basma Abdel Aziz’s The Queue is an evocation of the ties between hegemonic power and grassroots dissent
June 3, 2016 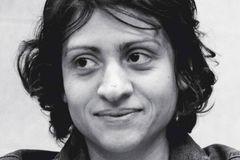 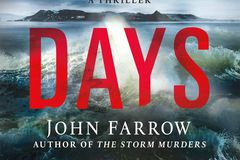 Review
Review: Matti Friedman’s Pumpkinflowers is not for the faint of heart
May 20, 2016
Follow us on Twitter @globeandmail Opens in a new window
Report an error Editorial code of conduct
Due to technical reasons, we have temporarily removed commenting from our articles. We hope to have this fixed soon. Thank you for your patience. If you are looking to give feedback on our new site, please send it along to feedback@globeandmail.com. If you want to write a letter to the editor, please forward to letters@globeandmail.com.
Comments