Title
The Name Therapist: How Growing Up with My Odd Name Taught Me Everything You Need to Know About Yours
Author
Duana Taha
Publisher
Random House Canada
Pages
359
Price
$32

Duana Taha, a self-styled "name therapist" obsessed with how given names are bestowed and how they shape our destinies, is reassuringly confident that children growing up in today's culturally sensitive society are unlikely to be tormented for being blessed – and cursed – with an unusual handle.

This, trust me, wasn't remotely the case in the classrooms and playgrounds of St. Catharines, Ont., in the 1960s. Five decades later, I can still summon a dim echo of the schoolyard taunt: "Hey, look, it's Vit, Vit with the smelly feet." It didn't matter that my feet weren't particularly malodorous by eight-year-old-boy standards. What mattered was the peculiarity of my Czech name and its potential for rhyme and ridicule. The many Bobs among my cohort were not similarly maligned as slobs or snobs, nor were the several Johns routinely reminded that their name was slang for a venue where bodily waste is discharged.

Back then, something as simple as the regular teacher's absence from school was enough to guarantee an unhappy start to a given day. Attendance in hand, the substitute would confidently recite the litany of Bills, Dannys, Janes and Stephanies until that dreaded moment when she reached the last name on the alphabetical list, her face suddenly clouding over with uncertainty or, worse, incredulity. "Vit?" she'd venture tentatively, rhyming my name with "twit." "It's Veeeeeeeeet," one of my classmates would interject, to a chorus of guffaws. "Oh!" the substitute would burble, as I reluctantly emerged from under the desk to acknowledge my presence. "So you're a boy." Yeesh.

Too late to benefit yours truly, Duana Taha's The Name Therapist: How Growing Up with My Odd Name Taught Me Everything You Need to Know About Yours is loaded with helpful advice, including "Tips for Surviving Elementary School with a Weird Name." Apparently, I should have seized the opportunity to blurt out my name during the substitute teacher's moment of hesitation, thereby sparing both of us unnecessary embarrassment. Sounds sensible.

Taha, a screenwriter and contributor to the website LaineyGossip.com, clearly knows of what she writes. Not only has she apparently spent most of her life closely studying names, as well as advising couples on how to go about choosing an appropriate name for their impending offspring, her own name, Duana (DEW-anna), has prompted a lifetime of mispronunciations, queries and misconceptions. Duana, to dispel the most persistent, is a rare Gaelic name. It is not the feminized version of Duane.

The Name Therapist, blending personal autobiography with a measure of research and an abundance of anecdotal observation, covers its topic from every conceivable angle, from thinking twice before dutifully naming your child after his or her grandparents to a list of names associated with strippers. Be advised: If you name your daughter Tiffany, don't be surprised if her future workplace comes equipped with a pole. Whereas if you go with Matt, expect your son to become a "soft-spoken and sensitive" young adult.

Many of the author's experiences about living with a peculiar name rang true for me, at least anecdotally. I'm eons past the chagrin I suffered as a child, but I, too, have occasionally resorted to an alias in coffee bars and other places where customers' names are hollered by wait staff. If you must know, it's "Steve."

But the book relies heavily on what might be called pop sociology, some of it leading to unconvincing conclusions, including suggestions that certain names are likely to produce particular personalities. Taha, for example, hasn't met an Adam who wasn't enigmatic. Not sure "enigmatic" is the adjective I'd use to describe any of the Adams I've personally known or, for that matter, the famous one whose surname is Sandler. When Taha offers the qualifier that there are exceptions to every rule, a reader might logically demur: Wait, what rule? Since when is it a rule that Cheryls are invariably competent? One of Taha's sources claims it's "hard to imagine a serial killer named David." How about David Berkowitz, Son of Sam? It was the first serial killer that popped into my head. Must be one of those pesky exceptions to the rule.

That said, Taha's enthusiasm for her subject is palpable and even, at times, infectious. Expecting parents might want to consult the appendix on "how to name a baby in five simple steps." The fourth of these advises not to shy away from choosing an unusual name. These days, when our playgrounds resound with exotic monikers, that's probably safe advice. Besides, preferences change. My then eight-year-old son, growing up at a time when the name Bob had long since receded from fashion, once overheard me refer to a colleague of that name. "Bob?" my son burst into laughter. "You mean like 'bob for apples?'" The hilarity was largely lost on me, but there was little doubt Bob was the funniest name he'd ever heard. 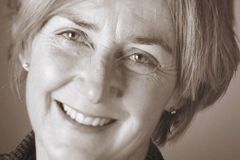 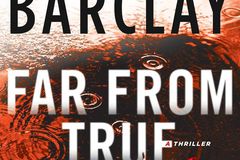 Review
Review: The searing vulnerability of Melissa Broder’s So Sad Today
April 1, 2016
Follow us on Twitter @globebooks Opens in a new window
Report an error Editorial code of conduct
Due to technical reasons, we have temporarily removed commenting from our articles. We hope to have this fixed soon. Thank you for your patience. If you are looking to give feedback on our new site, please send it along to feedback@globeandmail.com. If you want to write a letter to the editor, please forward to letters@globeandmail.com.
Comments