Why do we get more Jewish as we get older? Is it like becoming a Republican, a mid-life emergence that creeps up on you like a bald spot? One day you're a cute, curly-haired boychick with a bit of a mom complex and a craving for bacon; the next, you're puzzling over your children's request for a Christmas tree.

At least, this is what Edgar M. Bronfman's midlife Jewish crisis sounds like in his posthumous book, Why Be Jewish? Bronfman, who died at the age of 84 in December, 2013, was the second-generation heir to the Seagram beverage behemoth. From 1981 to 2007, he was also president of the World Jewish Congress – a position he inherited from his father, Samuel, a Russian-born immigrant who fled pogroms for Canada with his parents in the late 19th century.

Why Be Jewish? is directed at today's young Jews, people for whom the shtetl evokes not the Old World of our parents' generation but Fiddler on the Roof (blessed are You, Lord, our God, King of the Universe). Bronfman aims to convince his grandchildren's cohort to adopt the traditions of Judaism in whatever way it sees fit. You don't have to believe in God; you don't have to keep kosher. He's less interested in enforcing observance than fostering community. He writes of Judaism with humor and affection, describing the "classic Jewish holiday formula: 'They tried to kill us, we survived, let's eat!'"

This flexible attitude towards Judaism stems from Bronfman's own upbringing. Bronfman was born in Montreal in 1929. In his 1996 autobiography, The Making of a Jew, he describes his father as an "Anglophile," an immigrant who was ambivalent about religion and wished to be part of the non-Jewish "power elite." Bronfman and his siblings were sent to a non-Jewish private school, and attended Hebrew school on weekends. As a result, Bronfman writes, his Jewish friends were reduced to "second class companions." As a young man, Bronfman became briefly engaged to a non-Jewish girl, primarily to piss off his parents. On Yom Kippur, the holiest day on the Jewish calendar, he ate ham. Back then, in the early-to-mid 20th century, the goal for most upwardly mobile North American Jews was to assimilate – to "pass." In The Making of a Jew, Bronfman recalls an early brush with anti-Semitism, at a golf club in the Laurentian Mountains where he worked as a caddy at age 14. When Bronfman brought along a cousin and uncle one day, the golf pro told him not to bring them again; they looked too Jewish.

By the time Bronfman was writing Why Be Jewish?, he felt Jews faced the opposite problem. Now, Jews folded themselves too easily into mainstream (white) society. In 2008, he told The New York Times Magazine that Jews "are not in crisis because of anti-Semitism; we are in crisis because we are disappearing through assimilation." Bronfman pointed to Joe Lieberman's vice presidential nomination as proof that anti-Semitism was, if not gone for good, no longer a threat to the Jewish people. The rise of Bernie Sanders has likewise been hailed as a both a victory for and a threat to American Jewry.

Young people's affinity for Bernie Sanders – a candidate for whom Judaism is practically an afterthought – speaks to something I suspect a lot of young, North American Jews feel today: ambivalence toward a religion we don't necessarily connect with spiritually and have a hard time connecting with politically – in large part because unlike our parents and grandparents, for most of our lives, the world has looked upon Israel as an occupier, not an underdog.

In a way, Why Be Jewish? is an implicit acknowledgement of the failure to find any lasting solution to the Israeli-Palestinian conflict. Bronfman's journey toward religious awakening, which began in the early 1990s, has charted a parallel course with the stagnation of the peace process. In The Making of a Jew, Bronfman describes his work with the World Jewish Congress: he visits world leaders; works to get Soviet Jews permission to emigrate; exposes Austrian President Kurt Waldheim's connection to the Nazi party; and advocates for a two-state solution. Later, in 2003, he wrote to President Bush, urging him to reconsider construction of the barrier between Israel and the West Bank. He writes in The Making of a Jew, "I had always felt that I had a right, perhaps even a duty to disagree with the Israeli government when I thought it wrong, and in danger of losing the support of the American government and of the American people should Israel abandon the high moral ground." Twenty years later, although the man is gone, Bronfman continues to encourage a questioning spirit. In Why Be Jewish?, he writes, "Spiritual, intellectual, and moral dissent has always been one of the pillars of Judaism, if not the pillar." For every young Jew who is wary of confronting himself as a Jew, Bronfman is there to remind him that this is the very quality that makes him Jewish: Doubting? You're a Jew! Angry? You're a Jew! Critical of Jews? You're a Jew! But this book focuses much more squarely on spirituality, and for the most part leaves politics aside. Late-life Bronfman seems far more animated by the wisdom of the Jewish teachings than by global diplomacy.

I don't think it's possible to overstate the role of shame in the history of the Jewish people. Western European Jews like Hannah Arendt shamed their Eastern brethren as uncivilized and unclean; immigrants like Samuel Bronfman shamed themselves into whitewashing their own ethnic backgrounds. Today, Jews on the left shame their right-wing counterparts as supporters of a racist, occupying Israeli government, while those on the right shame the critical left as "self-hating Jews." The history of the Jewish people is basically Cersei's long walk in the season five finale of Game of Thrones, except we're the ones ringing the bell and calling "Shame! Shame!" as our own people march naked down the long road to freedom.

Many young Jews today feel that we should be ashamed on behalf of Israel's treatment of the Palestinians. They're angry, and they don't want to be placated by calls for feel-good, Kumbaya Judaism. In the words of Simone Zimmerman, a young activist with the Jewish-led, anti-occupation organization If Not Now, "The question is not whether my generation will remain Jewish; it's whether our parents and grandparents will follow our lead as we build the kind of Jewish community that celebrates universal values and struggles for justice." Whether or not you agree with Zimmerman, her words hold power because they come from a place of pride. In The Making of a Jew, Bronfman holds that the "real threat" to Judaism is "a history that teaches us that, by and large, from a physical standpoint, it wasn't so great to be Jewish." Why Be Jewish? may only dip its toes into the pool of contemporary Jewish politics, but its good-humored focus on the traditions and teachings of Judaism is tacitly political. It sends the message that shame is not a place from which to enact meaningful, positive change – that the survival of a people depends on pride.

Lara Zarum has written for The Village Voice, The New Republic, and National Post, among other publications.

Book Review
Review: Reiner Stach’s Is That Kafka? Is an engaging portrait of the writer
March 25, 2016 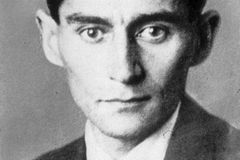 Book Review
Review: Ray Robertson grapples with fandom and obscurity in Lives of the Poets (with Guitars)
April 1, 2016 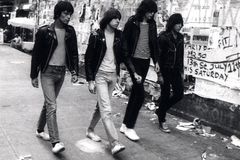 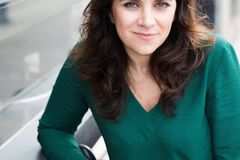