Elena Ferrante is an acrobat. Her prose springs and swoops in great arcs, dipping low to the ground to inhabit a crucial scene, then soaring high over a passage of years. The athleticism of her style reaches its pinnacle in The Story of the Lost Child, the fourth and final volume of her Neapolitan novels, which have been translated from Italian and published here over the past few years to rapturous praise. The acclaim is justified and the finale is richly satisfying.

The Story of the Lost Child follows Elena and Lila, the women whose turbulent friendship forms the spine of the story, into the dark woods of middle age and beyond. Elena, our narrator, has become a well-respected writer. Having left her marriage to pursue her life-long infatuation with the intellectual Nino Sarratore, she moves back home to Naples and revives her bond with Lila, now the founder of an early-era computer business. Together, the two raise their children, struggle and succeed, support and chastise and compete with each other.

The book's territory is vast, tracing "the chaos of the years, of events large and small, of moods." The atmosphere varies widely; at times it grows hectic, even melodramatic, jammed with violent events. At other moments it quiets, as Elena recalls the heartbreak of familylife, of children who grow up, grow distant or are otherwise lost. But always, the fierce desire of women to control their fates remains central, with Lila acting as Elena's goad and muse. "As usual," Elena notes, "she was taking on the job of sticking a pin in my heart not to stop it but to make it beat harder."

The blistering honesty with which Elena sketches both Lila's character and her own, including their failings as mothers, is one source of the novel's magnetism. Another is the urgent naturalism of Ferrante's style. Her sentences are not always beautiful; sometimes they seem intentionally ungainly, overstuffed, straining against the syntax that contains them. They progress the way that thought progresses: staggered, repetitive and culminating, with effort, in insight. The effect is raw and immediate, as if we're reading Elena's thoughts in real time.

The previous novel in the series, Those Who Leave and Those Who Stay, covered the most ground politically, at a frenetic, even choppy pace. In this final volume, the social unrest that has gripped Italy during the sixties and seventies yields radical alterations. Elena observes: "The couple collapses, the family collapses, every cultural cage collapses, every possible social-democratic accommodation collapses, and meanwhile everything tries violently to assume another form that up to now was unthinkable."

Ferrante's cast of characters is arrayed across classes, professions and ideologies. Some thrive in the new order, while others suffer. Youthful idealists become politicians; juvenile delinquents become gangsters; corruption passes from one generation to the next. Taken as a whole, the Neapolitan novels illustrate how a society transforms itself on the backs of individuals, many of whom pay dearly for those changes.

Though Elena's gaze is wide-ranging, she always returns to Lila's life, and her own. Of her own work, she remarks, "I had a natural ability to transform small private events into public reflection," and the same is true of this novel. If "the personal is political" was a slogan of American feminism, Ferrante seems intent on pushing even further past this thought, rejecting the very categories as meaningless. The story of these two women and the story of Italy's political upheavals are one and the same.

As she ages, Elena's tone grows increasingly reflective, but never nostalgic. The storylines introduced back in the first volume, My Brilliant Friend, come to a head, but not everything is resolved. As in life, certain mysteries remain.

Much of the publicity surrounding Ferrante has centred on questions about her identity – she writes under a pen name – or on the supposed rise in long-form autobiographical fiction of which she and Norway's Karl Ove Knausgaard are cited as examples. Both frames are reductive, and neither does the books justice. These ferocious and necessary novels offer so many varieties of pleasure: They are political, intellectual and emotionally gripping at the same time. They draw a portrait of Western society in blood. My only complaint about them is that they end.

Alix Ohlin's novel Inside was a finalist for the Scotiabank Giller Prize.

Editor's note: The Story of the Lost Child follows Elena and Lila. Incorrect information appeared in the original version of this article. 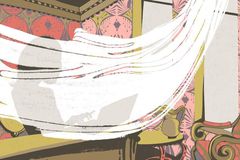