It's not hard to understand the appeal, for authors and readers alike, of an established fictional universe. But while series and sequels are commonplace in young-adult and genre fiction, it's less the case in so-called literary fiction – Elena Ferrante's Neapolitan novels and Karl Ove Knausgaard's series of My Struggle books representing recent, major exceptions.

Here at home, Robertson Davies, Margaret Atwood, Linden MacIntyre and Edeet Ravel rank among our better-known trilogists. To the Salterton, Deptford, Cornish, MaddAddam, Cape Breton and Tel Aviv trilogies we can now add the Deseronto trilogy, That's My Baby being the third (for now) in Frances Itani's series of books anchored around the small Ontario town whose highway exit will be familiar to anyone who's ever darkened the 401 between Toronto and Kingston (2003's Deafening and the more recent, Giller Prize-shortlisted Tell being the first two).

Although each book focuses on a different generation of an extended family, you couldn't quite call these books a generational saga – "saga" implying a heroism and drama that is notably absent. While the two world wars play important parts in their characters' backgrounds, the novels' "action" – which includes regret, anguish, wistful remembering – is almost entirely interior. If you've read Frances Itani before then you'll know that when That's My Baby's narrator declares, in reference to our septuagenarian protagonist, Hanora Oak, that "memories have been stirred," it's a cue we're officially off to the races.

The location of said memory-stirring is Ottawa, where the childless, never-married Hanora (the daughter of Tell's Tress and Kenan) now lives, circa the 1990s. Having led the intrepid life of a female journalist covering human-interest stories during the war and beyond, she finds she's still got the writer's itch, yet her latest project, a book about a Deseronto painter named Mariah Bindle whose drawings "depict the rugged beauty of the Canadian Shield," has lately been scuttled by the necessity of having to move her dementia-afflicted cousin, Billie, into a care facility.

Determined to make the most of a trying situation, Hanora tries to salvage what she can from Billie's rapidly failing memory. The two have always been close, so Hanora nudges her cousin with recollections from the happier days of their youth, including a passage to England aboard the SS Champlain, in 1939. Jazz lovers both, they'd been thrilled to discover their hero, Duke Ellington, among their fellow passengers.

Hanora, it turns out, also has some unresolved personal business stemming from her parents' disclosure, delivered on her 18th birthday, that she was adopted. The shocking announcement set off a crisis of identity that, due to her failure to track down her birth parents, persists even 60 years later. Despite this, she's maintained a habit of randomly scanning crowds for signs of genetic familiarity – an unscientific, not to mention baldly futile exercise, given that she and Billie, with their shared red hair and green eyes, had always been mistaken for twins. As it turns out, Hanora herself delayed the revelation of truth by several decades when she and Billie decided, on a lark, to switch names during their Atlantic crossing (a perplexing move given that no one would have known who they were anyway).

Hanora's true provenance is glaringly obvious to readers of Tell; but it's hard to feel invested in her search either way. Unless they turn out to be movie stars, circus clowns or war criminals, the significance of one's parents' identities is, after all, intrinsically, inescapably personal. This is especially true if the adoptee is a character in a novel.

Disappointingly, Itani continues to rely on hackneyed storytelling devices; a heavy use of letters, diaries, dreams and photographs all contributing to That's My Baby's static feel. And I mean lots of photographs. In what feels like the novelistic equivalent of Nickelback's Photograph, entire chapters are given over to their presentation and description. When, near the end of the novel, Hanora pulls an armful of family albums off the shelf for "examination," I felt my heart sink.

As the title (a double-entendre reference to the adoption theme) implies, music plays an important role in Itani's novel (as it did in Tell). Sprinkled references to contemporary songs and musicians certainly help set mood and establish cultural context. Itani's several attempts at rendering the jazz-listening experience into prose, on the other hand, didn't disabuse me of the notion that doing so is nearly always a bad idea. Her mannered descriptions, what's more, set up an awkward comparison: Reading Frances Itani is quite unlike listening to Duke Ellington.

Earnest to a fault, That's My Baby doesn't seek to challenge, hector or provoke. Like all of Itani's novels, it is a trigger-alert-free zone. Those qualities are no doubt part of the allure for her many loyal readers, who will flock, regardless of my pile of picked bones, to the last instalment in this trilogy and even – should she dare to go there – beyond it. 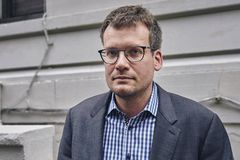 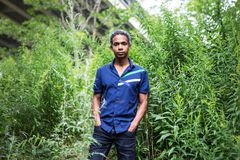 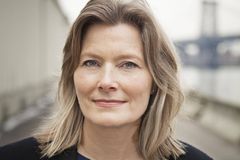