Shortly after the U.S. presidential election, an American dropped Margaret Atwood a note on Twitter: "Thanks for writing The Handmaid's Tale so at least we know what's coming."

The author sent back an uncharacteristically chipper reply to the reader and his fellow citizens. "Dear Americans: It will be all right in the long run. (How long? We'll see.) We've been through worse, remember."

Atwood's 1985 novel is, of course, set in a future New England where the old puritanism has come back in a new, virulent form, and scripture is used to justify the ruling class's use of fertile women, the eponymous handmaids, to breed heirs.

The book is one of several works of fantastical fiction referenced in Literary Wonderlands: A Journey Through the Greatest Fictional Worlds Ever Created, a new compendium of imaginary places edited by the distinguished American literary critic Laura Miller. In 2008, this co-founder of the online magazine Salon explored her childhood affection for C.S. Lewis's The Chronicles of Narnia in The Magician's Book. The alt-worlds featured in this new miscellany run the gamut, in tone, from the young-adult-appropriate Narnia, with its talking animals ruled over by the benevolent Lion-God Aslan, to Atwood's X-rated depiction of a bleak, theocratic New England.

The entries also cover a wide swath in time, moving from the myths told by the ancients, the Babylonians, Greeks, Welsh and Norse, via J.M. Barrie, Lewis and J.R.R. Tolkien, to the blockbuster fantasies of the current day, the likes of J.K. Rowling's Harry Potter books, George R.R. Martin's Game of Thrones series and Suzanne Collins's The Hunger Games trilogy.

I expected to feel a sense of homecoming when diving into this lavishly illustrated list of speculative fiction's greatest hits. Like Miller, I was a child turned on to reading by Lewis and the many other YA authors who followed in his and the other early fantasy masters' footsteps. At a cottage we rented near Brockville, Ont., for a few weeks each summer, my brothers and I named all the landmarks within running or paddling distance for sites from Narnia, Oz and Middle-earth, producing our own versions of the requisite maps that tend to feature at the front of speculative fiction books.

But I felt no welcome return here. Literary Wonderlands is a miscellany of dry, literate descriptions, with little connective tissue bringing it all together. What uses we make of enchantment, why we've been drawn, generation upon generation, to such stories – these fundamental questions are left unaddressed.

Some of the featured works bathe in the human past – most famously evidenced by Tolkien, who took the raw material of Norse myths and some notion of Old Englishness, and transmuted them into The Lord of the Rings. But many others conjure up speculative futures: Here, along with Atwood's visions, are the political nightmares of George Orwell, the druggy fantasies of Aldous Huxley and the gadgety space odysseys of Isaac Asimov.

The two types of work, fantasy and sci-fi, jar in juxtaposition with each other here, just as their fans have often tended to do at conferences – and the book makes no real case for a fundamental kinship between those who face backward and the others who peer forward.

Some works featured here are, as the title would suggest, ultra-literary. And so we find, in chronological order, thumbnail sketches of Beowulf doing battle with his monster, Dante's alter ego exploring the circles of hell, Cervantes's Don Quixote tilting at windmills, Swift's Gulliver travelling among tiny folk, giants and talking horses, and Kafka's K. trying to figure out that puzzling Castle. But schlock also abounds, with descriptions of Conan the Barbarian and Planet of the Apes sandwiched between ones of celebrated literary classics. If this all sounds needlessly chaotic, it is.

I mainly stopped reading speculative fiction when I grew up. This book toys with the old arguments as to whether such escapes to other worlds, not our own, are all very well for those in their formative years, but are best left behind in adulthood, as so many childish things.

Miller's entry on Narnia goes at this debate obliquely, and compacts some of the key arguments she made in her longer, earlier work. Here, as there, she makes good use of Lewis's biography to show why he felt compelled to create Narnia. His own childhood he describes, evocatively, as one of "long corridors, empty sunlit rooms … attics explored in solitude, distant noises of gurgling cisterns and pipes, and the noise of wind under the [roof] tiles."

With a mother who died young and a frequently panicky father, Lewis and his brother also imagined themselves in another, better place – and later, much later, Narnia resulted. For Lewis, according to Miller, The Chronicles represented an extended lamentation over what is lost when we grow up – even if our childhoods are less than ideal. The Narnia books had another agenda, hidden to Miller when she was a girl: They introduce children to the central Christian story, with the death and resurrection of Aslan.

Another solid entry, that on Philip Pullman's His Dark Materials trilogy, points out how opposed Pullman's project is to Lewis's. "The trilogy is in many ways a retelling of Paradise Lost. In Pullman's own words: 'My books are about killing God.'"

As in Lewis's books, an early scene in one of Pullman's books has a girl creeping into a wardrobe that is "bigger than she'd thought", but, as this book points out, it "doesn't open to a new world." Pullman celebrates this girl's moves toward greater knowledge, as she learns to view others with a healthy skepticism. Her move to adulthood is cause for celebration not sadness.

Where Lewis thinks we lose the ability to reach Narnia when we grow up, Pullman evidently does not. In her other work, Miller has quoted Pullman as saying, "You have to go all the way through human life. You have to go around the world and re-enter Paradise through the back way." The seeds of this lively debate are here, in this new book, but they aren't allowed to grow – as they did in Miller's earlier book.

Still, the vigour of this line of stories is well conveyed here. It's a tent big enough to contain godly tales and ungodly ones, celebrations of childhood and its end, guesstimates at the future along with re-embroidered versions of the mythic past. It demonstrates how this vitality has drawn talents such as Atwood and Kazuo Ishiguro to it, along with lesser literary lights such as Edgar Rice Burroughs and H. P. Lovecraft. Although there are some curious omissions here – the Irish myths and Grimm's Fairy Tales don't feature – what is included makes the point that fantastical stories, far from being a genre, are the main trunk of our literary tree.

Alec Scott is a Canadian writer based in Oakland, Calif., whose work has appeared in The San Francisco Chronicle, San Francisco magazine and The Walrus. 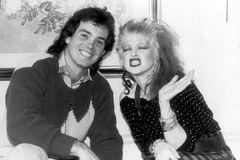 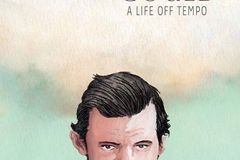 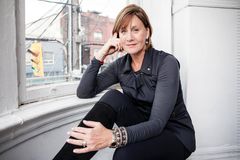