Jon Fine's 2015 book Your Band Sucks: What I Saw at Indie Rock's Failed Revolution began with a curious passage about an infant boy on a family road trip, lulled into a rainy-day dream state by the sounds of the road and the rhythmic squeak and rub of windshield wipers. "Melody, drone and percussion, entrancing in their repetition … hearing a song that blocks out everything else."

In Grant Lawrence's Dirty Windshields, the CBC Radio personality and erstwhile rocker recalls a bizarre anecdote involving a fellow band member who, for $20, licked a grotesque collection of crushed, smeared flying bugs off the front of a tour van.

For young rock 'n' rollers, it's all about the windshield. In a van that is cramped, cold and hideously odorous, the future is laid out on the other side of the dashboard and glass. Rhythm, wanderlust and a three-chord dream: You either have it or you don't.

Dirty Windshields is Lawrence's third book, following 2010's Adventures In Solitude and 2013's The Lonely End of the Rink. It's a quick and lively read, based on the diaries he kept (and occasionally published online) while touring with the Smugglers, a Vancouver garage-rock band of medium note in the 1990s. Sex, drugs and rock 'n' roll, it isn't. Rather, the book is about "ambition, good times and denial," a less mythologized but more common trifecta.

The Smugglers toured the world, often second on the bill to such acts as the Donnas and the Hives. Humorous calamities dogged the band led by Lawrence, who was a so-so singer, horrible navigator, ostensible manager and Black Label lager aficionado.

We pick up the story where all Canadian rock 'n' roll stories should begin, on the Trans-Canada Highway – in this case, heading east for weekend gigs in Regina. A rust-bucket vehicle had a floorboard so corroded, the mostly teenaged musicians could see the open road under their feet. That the van hit managed to hit fourth gear was cause for whoops and hollers.

The celebrative mood lessened when the band and heater-less van hit winter weather and the Rocky Mountains. The windshields iced over. The van struggled up the inclines and careened wildly down the other side. A severe detour happened. The first gig in Regina was a bust; the second one was better.

The Saskatchewan adventure was a good metaphor for the band's next 16 years, although I'm not sure Lawrence recognized it as such. What he does recognize are wince-inducing similes sprinkled much too liberally among the book's otherwise readable pages.

The battery was as dead as Louis Riel. The van kicked like a Red River ox. His decision stabbed like a broken drumstick to the heart. The crowd parted like Laura Ingalls's hair. (Okay, that's a good one, and typical of Lawrence's pop-culture references). As high as Roger Daltrey's falsetto. Huh? Roger Daltrey doesn't have a falsetto that I've ever heard.

It's possible that an earnest editor, upon reviewing Lawrence's serviceable prose, told him to spice up his game – to try some figures of speech and wordy razzle dazzle. Unfortunately, Lawrence takes to literary device like a duck takes to duck soup.

Here's a metaphor, intended or not: Lawrence tells a story about the band's embroidered tuxedos being stolen from a hotel balcony in Australia. Why would anyone swipe them, he wonders. "Under the stage lights, our outfits may have looked pretty good, but those same stage lights had turned our tuxedos into rancid, stinking apparel that was falling apart."

The band, too, was falling apart. The rock 'n' roll life, glamorous at a glance but cruddy under closer investigation, is rarely sustainable.

After Australia, on a "dream tour" of New Zealand, the Smugglers reached its lost horizon – "the rock 'n' roll nirvana we had been searching for since our beat-up VW van pulled out of my parents' driveway bound for Regina a dozen years earlier," Lawrence writes. "We soaked it all in, knowing it couldn't last."

Lawrence and the Smugglers broke up, without rancour, in 2004. They took in the reality they had denied for more than a decade. It's not their fault. The road song and the windshield wipers had blocked out all the signals and distractions.

Lawrence himself admits the Smugglers "never had a breakthrough song or album that a mass of humanity associated with a particular time and place and had a nostalgic desire to hear again and again, year after year."

Brad Wheeler is a Globe and Mail arts reporter.

Book Review
Review: In Testimony, Robbie Robertson looks back on a remarkable musical career
May 17, 2018 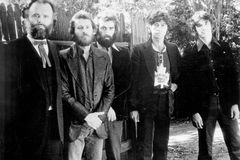 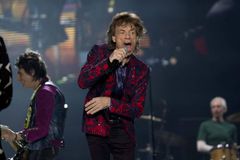 Book Review
Review: Josh O'Kane's Nowhere With You is a meditation on roots and community
May 16, 2018 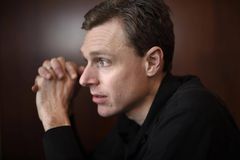