When major novelists reflect on matters beyond the confines of their prize-winning fictions, you know to expect statements such as "I was slow in arriving at a Christology" and "I have been reading a lot of Jonathan Edwards lately" and, of course, "I really am a Calvinist." That is, you expect as much if you are living in 19th-century New England. But these matter-of-factly Christ-convicted formulations come from a book published this year, by Marilynne Robinson. Best known for her novels Housekeeping and the Gilead trilogy – Gilead, Home and Lila – Robinson has lately been in the news for the mutual interview she conducted with U.S. President Barack Obama, a wide-ranging discussion of faith, family, fiction and the complex terrain of contemporary American public life, which ran in successive issues of the New York Review of Books.

None of this makes sense. A writer with Robinson's openly Christian beliefs should be bringing out her work with obscure mom-and-pope religious publishers, not winning Pulitzers and chatting with sitting presidents in the house intellectual journal of the American Left. That she enjoys such commanding position in American letters today, however, suggests the distinctive insights that can come from a religiously informed literary sensibility when that sensibility is not captive to overweening self-righteousness or silencing self-embarrassment. Throughout her marvellous new collection of non-fiction, The Givenness of Things, Robinson cites these two opposing positions – more or less ascribed to the angry Christian Right and cringing Christian Left – as accounting for why religion's role in American culture today is simultaneously far too loud and way too quiet and in turn cedes the main stage to mundane secular elites ideologically incapable of articulating a vision of the human person that reveals our fullest dignity, depths and longings.

For Robinson, a theological view affords exactly that: "I believe in a Divine Creation, and in the Incarnation, the Crucifixion, the Resurrection, the Holy Spirit and the life to come. I take the Christian mythos to be a special revelation of a general truth, that truth being the ontological centrality of humankind in the created order, with its theological corollary, the profound and unique sacredness of human beings as such." Whether you share her conviction or not, you will appreciate the unexpected and enlivening insights that come of her engaging any number of subjects out of it. For instance, noting that latter-day scholars symptomatically confine the role of religion in Shakespeare to debates over Elizabethan-era identity politics (was he a recusant Catholic or not?), she offers a brilliant reading of Shakespeare as "turning over a theological problem" in plays such as The Tempest, insofar as the force of its internal dramatics depend on this question: "How do forgiveness and grace not deprive evil of its nature, its gravity?" Later on, she offers a moving commentary on the role of servants in Shakespeare's plays, as "deeply normative figures, figures of grace … Not so much Christians as Christlike" in the "dignity of their courage and generosity, so costly to themselves." Through finely textured readings, Robinson emphasizes the importance of religious belief and experience to Shakespeare's overall sensibility and interests, and also points out how central a religiously framed understanding of self and world would have been to the great majority of his original audiences, which in turn ascribes to them a greater sophistication of interest than presuming they only enjoyed the fools and dirty jokes in his plays.

Elsewhere in this wide-ranging collection, adapted from a series of lectures Robinson has delivered in recent years, she assails the rise of an exclusively neuro-scientific understanding of the human person, which, uncoupled from any ontological considerations, "asserts a model of mental function as straightforward, causally speaking, as a game of billiards, and plumes itself on just this fact." Robinson takes issue with both the depersonalizing reductiveness of this model and the open pridefulness of its adherents. Later on, she plays out the full logic of having "heard or read from the scientists and rationalists that the brain is a piece of meat." She then wonders, "If it is reasonable to say the brain is meat, it is reasonable on the same grounds, the next time you look into a baby carriage, to compliment the mother on her lovely little piece of meat." This is about as provocative and polemical as Robinson gets; otherwise, she draws on the same voice that governs her fiction: plainspoken, patient, sorrowing, empathetic and, above all, quietly convinced that there is more to us and our lives than mere meat.

As to why, as she repeatedly acknowledges, this is more or less a minority view amongst contemporary writers and thinkers, and a view poorly supported in a larger population that unevenly considers itself still Christian, Robinson places a great deal of blame on mainline Protestant churches. Specifically, she laments the post-1960s abandonment of their own substantial theologies and intellectual traditions for mere social "relevance" according to the post- (if not anti-)religious terms of late American liberalism. Meanwhile, vehement Christian culture warriors have rushed in to fill the void, easily affirming the worst stereotypes about believers, and contributing to the greater coarsening and mutually enforcing animosities of American public life today. Robinson compactly captures this situation in observing that "Those who hate Fox News are as persuaded by its representation of the country as are its truest devotees."

Against this situation, Robinson's is a comparatively lone and absolutely singular voice. Near the end of the collection, she explains that "by my lights I have spoken theologically, since everything depends on reverence for who we are and what we are, on the sacredness implicit in the human circumstance." She then tells us that "Writers know these things," though I'm not sure how many do these days beyond herself, the Great Calvinist American Novelist.

Novelist Randy Boyagoda is a professor of American Studies at Ryerson University, and president of PEN Canada. His latest book is Richard John Neuhaus: A Life in the Public Square 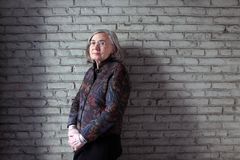 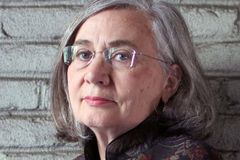 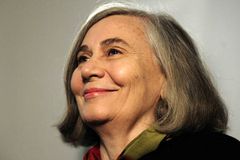