Shanghai before the war was, to appropriate a term from its foreign occupiers, a "floating world," a burgeoning port city brimming with expatriates, affluence, enterprise and opium. Alternately dubbed the Great Athens of China and the Paris of the East, Shanghai enjoyed a peak period of jazzy opulence and exotic allure before the tripartite convulsion of the Second Sino-Japanese War, the Second World War and the ascendancy of Mao Zedong's Communists washed it all away.

A sweeping survey of this place and time, the latest from Toronto-born, Montreal-based author Taras Grescoe is more historical portraiture and less first-person investigation than his previous works, which include The End of Elsewhere: Travels Among the Tourists, The Devil's Picnic: Around the World in Pursuit of Forbidden Fruit and Straphanger: Saving Our Cities and Ourselves from the Automobile, his prize-winning polemic on sustainable transportation.

But Shanghai Grand is transporting in its own right, immersing us in the city's fleeting confluence of international culture, ideology and finance and centring on a fascinating, multifaceted friendship between two equally heterodox writers from very different worlds.

One can see why Grescoe would be compelled to weave as many of Cohen's activities into his narrative as possible. Besides being a restless adventurer, Cohen enhances Shanghai Grand's Canadian connection: After early run-ins with the law, he was shipped from London to the Prairies, where he was initiated into a secret society in a clandestine meeting room above a Calgary grocery store as a reward for rescuing an elderly Chinese man from being robbed in Saskatoon.

Grescoe's colourful characters all cross paths at the glamorous Cathay Hotel, crown jewel and base of operations for business tycoon Sir Victor Sassoon, a figure of illustrious lineage who bears witness to Shanghai Grand's every surge of carousal and upheaval.

Sassoon plays affable host for the book's main attraction, however. Shanghai Grand covers a lot of ground, but is never so gripping as when chronicling the peripatetic paths of Emily (Mickey) Hahn and Zau Sinmay – the former American, prolific and still quite famous, the latter Chinese, his productivity curtailed by governmental suppression, his legacy nearly forgotten. Zau, a European-educated poet in the tradition of Baudelaire, would eventually be jailed for having "complicated relationships."

While clearly unjust as a cause for incarceration, the indictment is accurate. Zau was married to, and lived with, a Chinese woman who bore his many children. Zau was also married to Hahn, who over time inhabited the roles of lover, collaborator and fellow addict in Zau's wild life.

Part of what makes Shanghai Grand so readable is the sense that Grescoe is in love with all his characters, but the seductive, St. Louis-born Hahn generates more love than most. Iconoclastic, independent and in possession of an uncanny talent for befriending all the right people, Hahn met Zau in an elating haze of opium smoke, writerly camaraderie, a mutual taste for scandal and adventure and old-fashioned lust.

A long-time contributor to The New Yorker and the author of more than 50 books, including Steps of the Sun, The Soong Sisters and China to Me, all of which are credited with "opening up" China to the West, Hahn was comely and intelligent, stylish and sassy, as likely to show up at a party with a primate on her arm as a suitor. She was also lucky: Her escape from internment under the Japanese owed a great deal to her formal, if highly unconventional, alliance with Zau.

Though there are a couple of detours into over-eager displays of ardent research and the occasional redundancy – it's announced that Noël Coward stayed at the Cathay three times in the first 100 pages – Grescoe does a remarkable job of structuring his material, shifting his gaze across a broad canvas with grace and an amiable predilection for teasing chapter endings. One walks away from Shanghai Grand with a sturdy basic understanding of the factors that led the Shanghai of the mid-1930s to its precipice, but one walks away with a truly vivid, nuanced sense of the complicated relationship between Hahn and Zau, charismatic, articulate, worldly lovers in a dangerous time.

With its surplus of romance and more or less digestible political intrigue, it's not hard to imagine the movie version of Shanghai Grand, a lush period spectacle starring, say, Michelle Williams as Hahn, Chang Chen as Zau and, might I suggest, Ralph Fiennes as Sassoon – he's already displayed an irresistible knack for portraying hoteliers quixotically devoted to upholding the laws of luxury whilst the barbarians storm the gate.

José Teodoro is a Toronto-based writer. 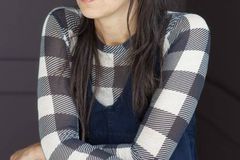 Book Review
Review: In Unforbidden Pleasures, Adam Phillips is at his most exciting and fatiguing
May 27, 2016 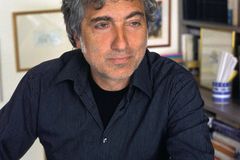 Book Review
Review: The Slow Professor and Dream Factories take opposing views on the role of universities
May 27, 2016 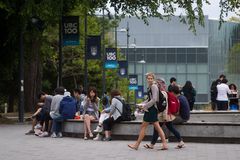