"What will I remember as I die?" For most of us the answer is, of course, nothing; we can't remember much, even now. But this is the existential question that drives Ian Brown to keep a diary as he hits the Big 6-0. Suddenly panicked by the idea of time running out, he figures he had better starting paying better attention: "If you take the trouble to write down the details," he writes, "you get a second chance to live it."

He wishes he'd started his diary earlier. Not that he hasn't been writing; as a journalist and author, he's been exploring the meaning of life for years in newspaper articles (including for this paper) and in his profoundly thoughtful essays and books – Man Overboard, What I Meant to Say and the award-winning The Boy in the Moon.

But his latest book, Sixty, may find his biggest audience yet; there are so many of us in the same creaky boat. Written with his trademark gutsy candour, and full of self-deprecating wit, Sixty sets out to document what Brown fears might be "the beginning of the end."

Previous surveyors of life stages – from the developmental psychologist Erik Erikson to the author Gail Sheehy – largely ignored the finer (and funnier) points of old age: Erikson lumped all the years from 65 to death into a stage called "maturity," while Sheehy's most famous book, Passages, is billed as a "roadmap" telling us what to expect in our "20s, 30s, 40s, and beyond."

It's this "and beyond" that Brown decided to parse, beginning with the days of his 61st year. He doesn't want to lose the future the way he's lost the past: "I can't get away from the nagging feeling that somewhere along the path of my life, I misplaced twenty years," he writes. "I am not sure when or where."

Brown was inspired by another man writing down the details of his life – Karl Ove Knausgaard's autobiographical novel cycle, My Struggle. Brown's writing is just as edifying, but much more accessible and, Lord love him, much shorter. He's much funnier, too; he describes his growing baldness as "a monky tonsure … like one of those bare spots in the centre of a Druidic circle of standing stones, the place where sacrifices were made," and details his hemorrhoid, which he names George, "a rich, lustrous, steamy affair" that "feels like the intersection of Highway 410 and the Trans-Canada Highway … Honestly, there is no greater indignity known to man."

While his daughter Haley encourages him to keep a diary, telling him to "write true things, and forget about trying for the HuffPost-style self-help manual," Brown, for his part, envisions creating a YouTube channel called "Ow, What Happened?" in which he will describe "what it feels like to be sixty in a world that doesn't want to admit that one day it is going to be sixty too."

Brown's 61st year is busy – it includes an abundance of travel, from Australia to the Cotswolds, and many locations provide moments of introspection. After viewing the Chelsea Flower Show, he's envious of gardeners, whose life meant something, "even if it was just consistent, conscientious, care-bound weeding."

One of the book's many charms is its distinctly male point of view. Having grown up with brothers, I didn't realize there was so much I didn't know. Sex, for example, rears its head all the time. Who knew this was still such a driving concern for newly retired, past-middle-age men? (I thought it was who would fix their lunch.) Brown and his friends still have fantasies that young women on the train might want to have sex with them.

Eight years ago, my children took me to a play at the Tarragon Theatre called Talk Thirty to Me – the comedic confessions of 29-year-olds who were horrified at the idea of turning 30. I had just turned 60. When it finished, the mostly young audience spilled out onto the darkened streets to congratulate the playwright, Oonagh Duncan, who had just hit the Big 3-0 herself. I wondered if they knew they were about to experience their heydays.

This is why Brown wishes he'd started his diary earlier – to save those memories: "I had my heyday in my thirties," he writes, "but I never noticed."

When my own children were teenagers, they used to scream, "What's the meaning of life?!" I remember shouting back, "The meaning of life is to give life meaning!" (I was probably preoccupied – fixing lunch.) But now that they're headed for their 50s, I'd rather give them a different piece of advice: Read this book!

Plum Johnson won the 2015 RBC Taylor Prize for her memoir They Left Us Everything.

My year of aging semi-gracefully
September 25, 2015 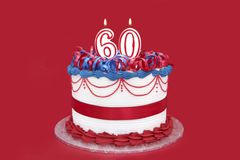 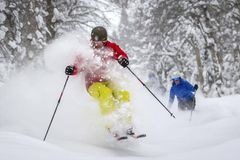 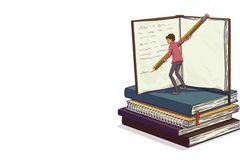 Ian Brown on the nine dilemmas of eating lobster
July 15, 2014
Follow us on Twitter @globeandmail Opens in a new window
Report an error Editorial code of conduct
Due to technical reasons, we have temporarily removed commenting from our articles. We hope to have this fixed soon. Thank you for your patience. If you are looking to give feedback on our new site, please send it along to feedback@globeandmail.com. If you want to write a letter to the editor, please forward to letters@globeandmail.com.
Comments