With the recent allegations of sexual assault against police in Val-d'Or, Que., you could say Stolen Sisters – journalist Emmanuelle Walter's book about Canada's missing and murdered indigenous women – is well-timed. Or you could say the continued systemic violence against indigenous women in this country pretty much guarantees a timely release for a book like this.

Perhaps if you claimed the latter, over drinks at the pub or at a dinner party, friends might balk or call you an alarmist. Confident-sounding percentages might be trotted out from reports that nobody can remember the origin of, but sound legit. Or some might declare that violence against indigenous women is often perpetrated by indigenous men, as if that somehow drops the mic on the conversation. Boom.

A disconnect between the general public and what Walter calls "a national feminicide" is what prompted her to assemble two years of research and communication with indigenous families into Sœurs volées: Enquête sur un féminicide au Canada, in 2014. Walter claims that inadequate police support, conflicting government reports and news coverage – and even more troubling, the unwillingness of some to see indigenous women as deserving of fair and equal treatment – leave the families of victims feeling overlooked and unsupported. By focusing on the stories of two missing teens and their families, she attempts to bring this national crisis out of the realm of armchair speculation and into the public conscience.

On Sept. 6, 2008, Shannon Alexander and Maisy Odjick went missing from Shannon's father's apartment in Maniwaki, a town that borders the Kitigan Zibi reserve in northern Quebec. Shannon was 17 years old, Maisy, 16. As months passed, families of the two girls had to fight to be kept in the loop about progress on the investigation, which didn't appear to be going anywhere. In a letter to the Kitigan Zibi police department, Maisy's mother, Laurie, calls the investigators "incompetent, unprofessional [and] unco-operative," and she demands accountability. Maisy and Shannon are presented as typical teens: ambitious, headstrong and spirited. However, as Walter writes: "Indigenous women and girls are tightrope walkers working without a net. Domestic violence, community violence, street violence, sexual violence, racial violence – all threaten to unbalance them and topple them off."

Walter acknowledges the "delicate political terrain" surrounding a discussion of the at-risk lifestyles of indigenous girls and women, and carefully justifies her use of the term "vulnerable": "Instead of implicitly levelling a reproach at these women – the missing, the dead – for opting for an at-risk lifestyle and suffering the consequences, the suggestion is that their lifestyle was not a choice but the product of social and historical fragility."

In her letter, Laurie Odjick argues that police were quick to dismiss her daughter's disappearance as another case of a runaway teen. "Maisy and Shannon are community members; they are also citizens of society and they deserve attention, support and justice."

To this day, Maisy and Shannon's disappearance remains unsolved, as do hundreds of similar cases across the country.

A good deal of damage has been done to the relationship between the families of missing and murdered indigenous women and institutions such as the RCMP. Emmanuelle Walter has been given an enormous gift by the families of Shannon and Maisy, in the form of their trust. However, she is not immune from a common trap for non-indigenous allies to the cause – the need to insert herself in the narrative. She writes: "I attended excruciating 'sharing sessions' organized by the Truth and Reconciliation Commission on residential schools, where it felt like I was hearing from survivors of an internment camp."

This emotional posturing is infrequent throughout the pages of Stolen Sisters, but it's worth pointing out that this proof of suffering by the raconteur tends to come across as disingenuous, a borrowed scar. When telling someone else's story, it's impossible to be too empathetic, but that empathy is perhaps best expressed by the careful and studied expression of the facts. It's incumbent on the writer to deliver borrowed material in a way that best honours those who have lived it.

Walter's authorial choice to include statements and letters by Laurie Odjick, a foreword by Melina Laboucan-Massimo of the Lubicon Cree First Nation, whose sister is the victim in an unsolved homicide, and even Facebook posts left by friends on Shannon and Maisy's pages suggests a desire to respect the voices of those she is working with.

Carleigh Baker is a writer who lives on Galiano Island, B.C.

Book Review
Review: In must-read The Reason You Walk, Wab Kinew chronicles his father’s life and his own
October 9, 2015 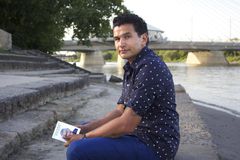 Kinew owes success in broadcast by marching to the beat of his own drum
March 15, 2015 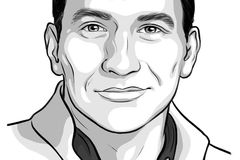 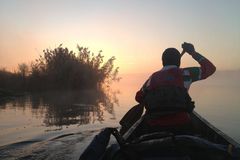