If you want to take the temperature of a given cultural moment, look no further than the latest James Bond flick. Bond movies have a way of holding a mirror up to the West's given social and political anxieties. It's a goofy, cartoonish funhouse mirror, one filagreed with jetpacks and martini glassware and gold-plated women and watches-that-are-also-bombs. But it's a mirror nevertheless.

In the latest 007 outing, Christoph Waltz plays Ernst Stavro Blofeld, head of the multinational criminal syndicate SPECTRE and self-described "visionary." His diabolical plot is to own nothing short of the future itself. It's a scheme familiar not only to spy movie super-villains, but to the politicians, CEOs, angel investors and sundry innovators, disruptors and enterprising creatives of today. This obsession with staking out terrain in the future is at the centre of Hal Niedzviecki's terrific, thought-provoking new book, Trees on Mars. Niedzviecki writes: "Today it's not just the present that we are repeatedly urged to shape and control; today, the future, too, is something that individuals are being told to contest, buy, sell and bring into being."

Just think about it: every company from Google to Amazon to Royal Dutch Shell employs whole departments tasked with "innovating" and "disrupting," with finding shortcuts that will get them to the future before the competition. Politicians like Barack Obama and Justin Trudeau are elected on the tantalizing, often meaningless mock-progressive rhetoric; the stuff Republican punch-line Sarah Palin once called (with fitting cynicism) "the hopey-changey stuff." We turn our spacemen into popstars. Newspapers and magazines and books are littered with predictions about the future, and how far away that future is, and how exactly we get there – as if the future is a place you can just go to, like Tunisia or Markham.

Gone are the cyber-punk anxieties of the late 1970s and early '80s, where the rise of the personal computer invited fantasies of humanity enslaved by robotic overlords. Long gone is what Niedzviecki calls the "consume-now, think-later" sloganeering of a decade later, when Nike implored us to "Just Do It," Sprite issued its edict to "Obey Your Thirst," and The Dead Poets Society encouraged a generation of self-styled free-thinkers to get "Carpe Diem" tattoos.

Now we tend to regard the future as a place of infinite possibility and increased productivity, where a whirring Amazon drone can deliver a DVD box set of Mama's Family the same day you ordered it from your iPhone, where you can get a cheap ride to the airport in a tastefully detailed Uber Black, instead of slumping into the back of the cab like some jerk. The future is not only efficient and convenient, it's portrayed as being inevitable. Any time someone dares think of regulating companies like Uber, AirBNB or Amazon, there's an outcry to effect that, well, this is already happening and that it's silly and regressive to think you can stop it from happening.

Of course, while the future may be literally inevitable – i.e. one moment in time passing into the next – the nature, character, and content of that future, as Niedzviecki's book reminds the reader with exhilarating alarm, is not. Our rhetoric of futurist positivity leads us to think that the future is something that we're merely revealing, when in fact it's something that we are actively creating, every second of every day, whether or not we even know it.

In a chapter called "The Human Robot," Niedzviecki digs deep into the character and content of the future we all seem to have bought into wholesale. It's a world where corporations and governments seize on the rhetoric of leftism ("revolutionize!") and even anarchism ("disrupt!") in order to maintain the wonky disequilibrium of global capital. It's a world where industry has been trumped by innovation, where apps like Instagram (which employed only 13 people when it was sold to Facebook in 2012) can effectively ruin a legacy corporation like Eastman Kodak, which employed more than 100,000 worldwide.

It's a future where corporate management intimidate their workers and encourage union busting, insuring that minimum wage workers hover precariously around the poverty line. It's one where fantasies of efficiency, cheapness and innovation are satisfied by exploited Latino labourers, whose dreams of a better life are put to back-breaking use in sprawling shipping centres satisfying customer orders for Amazon or Walmart. It's a world where poverty has been mainstreamed; where even qualified graduates of esteemed colleges and universities aren't guaranteed entrance into the workforce. When we live, it seems, in the worst of all possible worlds, is it any real wonder that we all indulge in some collective delusion that there's a better, more egalitarian, techno-future lurking right around the corner? Is it any real surprise that, as Niedzviecki observes, we seem more preoccupied with the infinite possibilities of faraway Mars than the grimmer prospects of good ol' Earth?

The future we're revealing – or building, or vying to "own" – is one rotten with dark ironies. As Niedzviecki notes, while we all light up at Google's innovation with driverless automobiles, we're generally less aware that the same technology used in robot trucks leaves employees of mining operations out of work. We drool over the the prospect of 3D printers, without a whiff of thought of what effect such technology will have on what semblance of a manufacturing industry exists in the West.

We gawk like morons at the possibilities of technology that is effectively designed to render us irrelevant. We ascribe to what Niedzviecki calls "the false hope of technological redemption," if only because it's more innately appealing than the reality of technological damnation. It's as if we're caught up in the cheap rush of getting to "the verge" of some new technology or innovation that we don't realize that we've barrelled past the precipice. And so we dangle precariously in mid-air, like Looney Tunes' tragic Wile E. Coyote, who only falls victim to the immutable laws of gravity when he makes the stupid mistake of looking down.

Fortunately for us, there are writers and thinkers with the impudent gall to look down – to narrow their gaze into the fathomless chasm that seems to be awaiting us when our dreams of the future buckle and break under the full force of reality. Luckily there are writers like Niedzviecki and tech reporters like the New York Times' Quentin Hardy; people who bother to engage with the industry and ideas inherent in the tech sector instead of just drooling over the features of the latest smartphone. These are the people who view the future with a sense of bracing morality. For example, midway through his book, Niedzviecki broaches the question of whether or not it makes sense to consider Walmart "evil." Niedzviecki decides that, no, that doesn't make sense. Walmart, he says "is just very good at doing what we're constantly being encouraged to do – innovate to own the future."

This beings us right back to 007's scowling arch-nemesis. It's not that a cartoon bad guy like Blofeld is "evil," per se. His desire to stake out the future for his criminal cartel, to surveil the global populace as a way of anticipating what they'll do next, to flatten humanity into a data set that can be poured into an Excel spreadsheet, is just a logical extension of our future-positive bombast about innovation, disruption and vision. He's as much a product of our fuzzy futurist rhetoric as Barack Obama or Justin Trudeau. So if we're going to continue to root for the toxic notion of the future's "inevitability," of progress as some innately beneficial force, we're going to have to find a way to reconcile that belief with the realities of our race to the future. If we're going to buy into the hopey-changey stuff, we're going to have to extend a little sympathy for the super-villains. 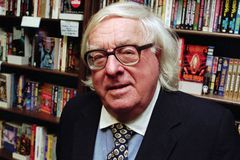 Book Review
Ben Lerner’s 10:04 - A novel that explores the tensions between reality and fiction
September 12, 2014 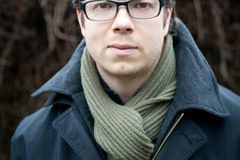 Book Review
Review: In Mass Disruption, John Stackhouse charts the past and future of media
November 13, 2015 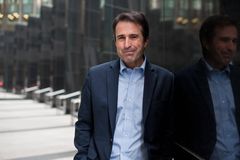