Undoubtedly, it would please Adam Phillips to no end to hear about the many times I threw his book down in exasperation, scribbled irritable marginalia in it and harangued friends ("Here, you're smarter than me!") to help me decipher his prose. Yet for all that, this book is, if not good exactly, then worthwhile.

Frustration and ambivalence are the primary emotions experienced when tackling any work by Adam Phillips – no coincidence, since he is a practising psychoanalyst, a profession that trucks in those two states maybe more than any other. As an essayist, he is known for chewy philosophical musings that are premised on a profound perversity of human nature.

If there is a recurring motif in his life's work, it seems to be a suggestion that we need a new way of looking at the things in our lives that torment us, so as to feel less tormented.

In a way, Phillips's work could be classified as self-help, but his obscurantist prose and references to Milton, Winnicott, Nietzsche and the like inoculate him against the kind of belittlement that intellectuals reserve for the genre. But he thinks about the same stuff. In 2013's Missing Out: In Praise of the Unlived Life, he wrote of the "myth of our potential." In his newest book, Phillips asks what would happen if we let ourselves imagine unforbidding the many pleasures we forbid ourselves (such as … self-help books?).

But what truly distinguishes his work from self-help is his refusal to provide any answers. If there is a thesis in this book, it is in the form of a question: What, if anything, should we do about forbidden pleasures?

Phillips is the master of a kind of aphoristic style, best exemplified in the pages of Monogamy (1996), a thin volume that presents the author's short pensées, one per page, lending them the absurd gravitas of a single pretzel plated at a fancy restaurant: "Every marriage is a blind date that makes you wonder what the alternatives are to a blind date"; "A couple is a conspiracy in search of a crime. Sex is often the closest they can get."

Pretentious? Possibly, but, also, pretentious is what people call poetry when they can't be bothered to spend the time the words demand of them. The truth is that Phillips's words are, annoyingly, often worth the time because he is dogged in his pursuit of understanding how we can best make peace with the experience of being alive. (Note, not "how we can find happiness," because subscribing to the idea that we should be happy – and only happy – only leads to more suffering, he argues.)

But pleasure is not the way I would describe the experience of reading this book – perhaps unsurprisingly since Phillips's views on hedonism are various and complicated. He has argued that frustration has value and that a hedonistic society sets us up for disappointment we don't know how to handle. He asserts that we (unwittingly) enjoy our suffering, an idea he says has lineage from Freud (whose biography he authored in 2014). We "want to be intimidated by morality and tantalized by pleasure, and … so relish suffering the consequences of our renunciations."

We relish suffering? Then why do we call it suffering? "Relish" seems a bit of bombast; I wouldn't say we relish it, exactly, but we do seem attached to some forms of it (guilt, for instance). Phillips is not a huge literalist, though. He prefers to speak expansively, using abstract nouns. But even though his writing frustrates with its lack of specificity, this tactic allows the reader's mind to fill in the blanks. (When he speaks about collusion and intimidation, for instance, without providing examples, the reader is free to think of the collusions and intimidations in her own life: in friendships, classrooms, workplaces, families, political factions etc. If she is a bit tired while reading, though, or otherwise dulled, these abstractions give nothing for the imagination to grasp and it will wander dreamily to its usual haunts.)

Because we are obsessed with the things we forbid ourselves, we can find things to fill the blanks everywhere – if we're looking.

For example, a weight-loss edition of Oprah magazine at my laundromat served as a reminder that for lots of us – particularly women – accepting our bodies, to say nothing of enjoying them, is often a forbidden pleasure, to the extent that we no longer know why we shouldn't, we only know that we mustn't.

But what if food were a pleasure without prohibitions? No Paleo Diets, no raw diets, no calorie counting, no compensatory exercise, all the fats and sugars we crave. We might become fat – but what if this, too, were not forbidden? Is the prohibition the thing that stokes the appetite? How might we view indulgence differently if we stopped forbidding it? Phillips is not asking us to live this, but rather to think about it. "We need to find out," he writes, "if we can replace what we should enjoy with what we do enjoy."

(Maybe the forbidden is touch of a certain kind, or of a certain person. Maybe it's singing out loud in public or failing to show up at a social event. A fun thing to do while reading this book is making a list of your own forbidden pleasures.)

There are things we can learn if we stop taking our internal prohibitions for granted, if we allow for the possibility that we can think, at least, if not talk about the things we can't do. But it won't be easy. "The forbidden," he writes, "is traditionally the enemy of conversation about the forbidden."

The book begins with a consideration of the words of Oscar Wilde and a defence of art as an arena for the exploration of the amoral. A lot of this chapter made me punch the air joyously, which has as much to do with Wilde's cleverness as Phillips's. "A Truth in art is that whose contradictory is also true," Phillips quotes Wilde, then adds, "Once we start having it both ways, we can see how many ways there may be."

Phillips wants it all ways. "When the mother says to the child, 'Do you want apple juice or orange juice?'" he writes, "the compliant, obedient child will always choose one of the two; the non-compliant child faced with this choice will have the mental space to wonder what else, if anything, he would rather have to drink." Phillips is not the compliant child and he seems to want us not to be, either. (He then further complicates the issue by pointing out that the binary of "compliant" and "non-compliant" is, like all binaries, too limiting.)

Incidentally, one of the hallmarks of Phillips is that his work often feels impossible to discuss, because he has a way of distilling ideas into gnomic koans that cannot be imported into conversational English. Depending on your mood, this can be exciting or fatiguing. He is guilty of certain stylistic tics: reversals and equivocations. On the very first page, he writes, "there may always be things we care about more than the things we care about most," which is totally maddening and possibly even meaningless. "To abide by a rule means to have in mind what it would be to break it." "The main thing that the forbidden has stopped us thinking about is the unforbidden." "If authorities are people who tell us what we should enjoy, we have to wonder what it might mean to be encouraged to enjoy something." After a while, the addled reader's mind begins to generate its own Phillipsese: Hating Adam Phillips allows us to think about loving Adam Phillips.

Because no matter how much the tenor of his writing begins to approach the ravings of an amphetamine-fuelled grad student of philosophy – a manic, unceasing examination of every possible refracted thought, a demented elaboration of the preschooler "Why?" – the truth is that he is onto something (as are preschoolers).

His insistence that we examine givens works a kind of energizing magic on the reader's mind – at least, the kind of reader who allows herself to be immersed in Phillips's milieu for a while (or is forced to by circumstance). "When we live in a state of unconscious obedience we don't think of ourselves as being obedient, we think of ourselves as being realistic, or normal, or reasonable.… The most pernicious obedience is the obedience we are unaware of." How many ways are we circumscribed without even recognizing it? It's not hyperbole to say this question is the seed of revolution – revolution perhaps not strictly on a grand political scale, but a small, personal one.

If art is a forum for exploring the amoral, and art springs from imagination, then we all contain the stirrings of the amoral. It's up to us, he implies, to see what we will make of the art of living once we know this.

Lisan Jutras is an editor at The Globe

Book Review
Review: Tom Vanderbilt’s You May Also Like explores the messy, irrational choices we make everyday
May 20, 2016 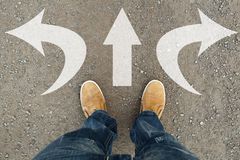 Book Review
Review: Richard B. Wright’s Nightfall is an affecting, unblinking stare-down between youth and age
May 27, 2016 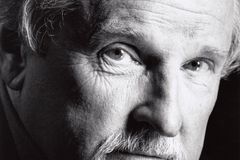 Review
Review: Diane Schoemperlen’s This is Not My Life will resonate with anyone who’s ever found themselves in love with the ‘wrong person’
May 27, 2016
Follow us on Twitter @globebooks Opens in a new window
Report an error Editorial code of conduct
Due to technical reasons, we have temporarily removed commenting from our articles. We hope to have this fixed soon. Thank you for your patience. If you are looking to give feedback on our new site, please send it along to feedback@globeandmail.com. If you want to write a letter to the editor, please forward to letters@globeandmail.com.
Comments