Food has always been the best drug, the best medicine.

But the healing power of food, the eat-pray-love-ification of basic commodities, connections to our ancestors found inside dumplings, mojos regained through tropical fruits, has become enough of a cliché in recent years that I was wary of Dinner with Edward, Isabel Vincent's chronicle of her friendship with a pal's gourmand father.

Snobbery aside, food does have the power to transport our minds, to heal and to alleviate pain. Like any other stimulant, it shifts our focus. As we walk about our daily business, stressing deadlines, worrying over the trajectory of our relationships, we're never thinking about what's going on in our mouth. It would be strange if we did, consciously reminding ourselves to swallow or lick our lips. But that moment, when a velvety cauliflower soup hits our tongue or our teeth crush a particularly crisp French fry, it's all we are focused on. The change in perception and release of endorphins, as our world narrows into a morsel of food, is as fast as any nasally ingested drug.

That's one half of what Vincent captures in the book – Edward's thoughtfully prepared chicken, his systematic martinis and how that level of care makes her feel. But the food is really just the conduit for human relationships. That's all it ever is.

When Edward and Isabel are introduced, his wife of 69 years has just passed away and her marriage is falling apart. Over a series of dinners in the older man's Roosevelt Island apartment, our narrator begins the healing process, admitting her problems, confronting them, finding solace, all while keeping the focus squarely on Edward.

I hated this book until I Googled Roosevelt Island. A tiny landmass between Manhattan and Queens, no wider than two city blocks. It seemed such an unnecessary addition of geographical, magic realism to suppose a fantasy island off the coast of New York, a perfectly twee islet on which to centre the narrator's sense of alienation, living in a former mental hospital and the ruins of a marriage at the same time.

"There was something about Roosevelt Island that seemed to mirror my own sadness." I couldn't contain a snort as I read that.

But then I looked it up and learned that I'm just ignorant. There is such a place as Roosevelt Island, a community large enough to be an airport landing strip, a single stop on the F train as it passes from the Upper East Side to Queensbridge.

The island was home to 19th-century prisons and workhouses. Vincent's apartment building had once been part of the mental institution where Nellie Bly went undercover to report her 1887 expose 10 Days in a Mad-House.

Who could live in such a place, even with its spectacular views of the New York skyline, and not be melancholy?

Vincent gives us the lush descriptions of bronzed chicken, squid bubbling in tomato sauce and caramelized fruits essential to any food memoir. She fussily documents Edward's apple preferences for galette and his insistence on crushed ice in the pastry dough.

But where she really shines is in her control, keeping the attention on her friend, using herself as a narrative device to shape a profile of her true subject, Edward. The emotional transformation belongs to Isabel as narrator, middle aged and accepting the failure of a marriage, the pain of loneliness and the frightening hope of new romances. But as a writer, Vincent winnows her personal information to a minimum. I had to look up the details of her career to find out just how distinguished she is as a journalist. (She once worked as a reporter for The Globe and Mail.) Even the intimate details of her marriage and its dissolution are doled out just enough to set up her reaction to the charming older man who teaches her "the art of patience, the luxury of slowing down and taking the time to think."

Isabel and Edward's story is about the power of stopping for conversation and a meal. Edward writes actual letters. References to computers are rare.

Vincent's fascination with this older gentleman, going so far as to seek a boyfriend who is a younger version of Edward, pays off. Edward's undying devotion to his deceased wife and the creeping spectre of the 94-year-old's own numbered days, are richer than another "I learned to love food" story.

The real tragedy in the story happens when Vincent completes her divorce and leaves Roosevelt Island, taking a little too long to realize that her dinners with Edward have become infrequent.

So many of our relationships – professional, platonic, romantic – are held together by the thin thread of our proximity. And when we no longer pass someone's apartment on our way home from work or see them at the gym, our friendships can dissipate under the pressure of making actual plans and effort.

The magic of Dinner with Edward is in wrapping its arms around a moment in the author's life, a window when friends could live in a big city, and yet still make time for weekly four-course dinners, a world where we pop into a friend's apartment for a brief chat rather than launching a volley of disappointing texts. It's a world where the author only spent a year. But it was worthwhile to go back and tell the tale.

Having said that, as the author of 276 dinner columns and recipient of as many reader e-mails with this question, why are there no recipes?

Corey Mintz is the author of How To Host A Dinner Party and a regular contributor to The Globe and Mail. 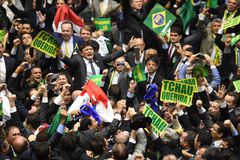 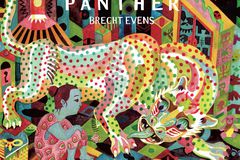