though the brightest fell.

Though all things foul

would wear the brows of grace,

Yet Grace must still look so.

Sunshine did follow the rain. Love did purge you of the blood of battle. Forgiveness did come after sin.

I don't know about the rest of the Hogarth Shakespeare series of "rewrites" of the Bard's plays except that Margaret Atwood has done The Tempest. That said, the selection of Jo Nesbo, master of Scandinavian noir, to do Macbeth is a clever idea. Macbeth is one of the best-known of Shakespeare's works, filmed many times and adapted to many ages and places, including Akira Kurosawa's masterful Throne of Blood. So a noir Scottish play is a logical jump and I would have thought the logical person to novelize it would be Ian Rankin, current leader of the Scots-noir pack. Nor is Nesbo the first to see the possible thriller in Macbeth; the great historical novelist Dorothy Dunnett wrote King Hereafter more than 30 years ago, challenging Shakespeare on almost every page. But Nesbo was chosen and Nesbo does it superbly, page by page and battle by battle.

Noir is always about mood and place and Nesbo's Norway is now as familiar to fans as detective Harry Hole's cynicism. But could Nesbo turn his Norwegian sensibility and sounds to Scotland? The solution he uses is to keep it theatrical. We have scenes and backdrops for action. This novel is set in a grungy everytown recently run by a corrupt political boss and his hirelings. Nesbo doesn't bother with Glasgow or Edinburgh. Corruption and crime are universal, as Shakespeare knew. Power is power, regardless of location and lust for power, for control, is what drives the plot. There is Capitol, where decisions are made, hundreds of miles away. Macbeth's city is a world unto itself and the peak of power is police commissioner, currently held by the honourable and revered Duncan.

Nesbo also doesn't bother with dates. It's vaguely the 1970s. Cops do reports on typewriters and the hot new weapon is a Gatling gun (first fired in the American Civil War). Bandits are motorcycle gangs with guns and swords. Macbeth is an expert at the knife-throw. By maintaining these theatrical tricks, Nesbo has relieved us and himself of the realism that current crime writing requires. We are, in other words, in Macbeth's world.

How to maintain suspense when we all know exactly how the plot evolves and ends? Follow Shakespeare's lead and develop characters so complex they drive the most melodramatic of action. First, we have Macbeth, heroic and flawed. He's the best detective inspector in town, in charge of the SWAT team. When Duff (Nesbo drops the "Mac") takes his young narcotics officers into a trap set by Sweno, head of the motorcycle gang, it's Macbeth and Banquo who save the day and take the glory. That leads to a confrontation with the unpleasant Strega, messenger of the drug lord Hecate. Macbeth will be commissioner but Banquo's son will rule. In short, the action's afoot.

From here, it's all just how well Nesbo builds the characters and keeps the story rolling and, after a 50-page bit of drag to set everything up, it moves like gangbusters. Inverness Castle becomes Inverness Casino, run by Macbeth's mistress, Lady, the focus for plots and murder. Lady, who went from childhood trauma to bordello madam to running the biggest and most luxurious casino in town, has many ambitions and she sees Macbeth as the man she needs to reach them all. Macbeth, on the other hand, has weaknesses. He isn't really a natural murderer, but hand him a dose of powerful narcotics and he can get the job done. He may hallucinate ghosts afterward and suffer the pangs of guilt but a combination of Lady's talents and more drugs will soothe his tortured conscience.

Nesbo's real talents come out in his rewrite and re-creation of Duff. Shakespeare didn't give him much to work on here but a rich imagination can do a lot. Duff and Macbeth are both orphans, dropped into a pit of an orphanage where they bond almost instantly. But Duff is rescued, taken away and groomed for education, advancement, upper-class existence and, it's presumed, eventual head of the police. Macbeth is left behind to survive on his own, addicted to drugs and eventually rescued by Banquo, who cleans him up and gets him into the police force. The people love Macbeth because he's "one of them" but Duff is the one on the slippery power pole. Duff's downfall is his belief in the system and his lust for his mistress Caithness (a character Shakespeare didn't create but who he certainly would have if he'd thought of her) and his corresponding love for his wife, Meredith, and his pretty clean existence in the nice suburb of Fife. Duff's conflict between life in Fife and life in the city, played out over more than 20 chapters, is one of the most outstanding bits of writing in this very good book.

How the plot works itself out is less of interest here than who and what goes on, and Nesbo's characters are so rich that they can carry it all to the end. As Duff teams with the insurgents to end Macbeth's reign, Lady begins her spiral downward and it's even better written by Nesbo than by Shakespeare, possibly because a mad madam may just make for better melodrama.

The language isn't Shakespeare or even close, and it's not Raymond Chandler's evocative city or Dashiell Hammett's Poisonville slang, either. It's a bit of those but taken from 16th-century English, translated into Norwegian, rewritten and then translated back into English very, very well by Don Bartlett. In noir, it's mood that counts and Nesbo has maintained that and the original plotline to the final page. I read the last 200 pages in one long, eye-blinding binge. Save this one for a long weekend with no interruptions.

Margaret Cannon writes about crime fiction for The Globe and Mail. 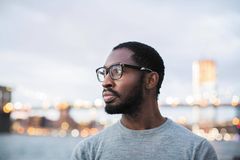 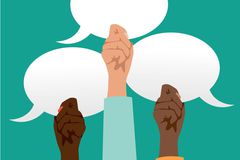 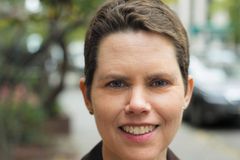