Since finishing Peter Pomerantsev's Nothing is True and Everything is Possible: The Surreal Heart of the New Russia a few weeks ago, I have been gripped by one singular ambition: moving to Moscow.

I desire nothing more than getting an exorbitant, unturndownable job offer at a media company in the Russian capital, moving there and working diligently at spreading Kremlin propaganda and misinformation. My motivations – beyond the rather obvious allure of "being evil" – are simple. Pomerantsev, a Russian-born Brit who made a similar move, makes the idea seem so bizarrely enticing. As described in his book, Putin's post-post-perestroika Russia is a place of astonishing intellectual fertility. It's a place where TV producers, film directors and journalists engage with high-level philosophy and critical theory, all in the aim of serving the authoritarian interests of the state.

It sounds awful (or indeed, straight-up evil) but it offers a certain kind of clarity: In Putin's Russia, no matter how slippery the ground may seem, you always know where you stand. Sure, everything may be a sham. But at least everyone knows it's a sham.

It may all seem reprehensible. Certainly, such media operations constitute an ostensible affront to what Joel Whitney, in his new book about America's own insidious control of domestic and foreign journalism, identifies as "the traditional adversarial role of media, a role that at least theoretically checked government power and guarded against overreach." But what Whitney's Finks makes astonishingly, harrowingly clear is that such affronts are a matter of course in the United States as well, where intellectuals, editors and self-styled belletrists were employed as CIA stooges during the Cold War. Sometimes they have had plausible deniability. But in many more cases, they collaborated all too willingly.

As a central study, Whitney looks in depth at the history of The Paris Review. The quarterly literary magazine was founded in Paris in 1953 by George Plimpton, Harold L. Humes and Peter Matthiessen, an undercover CIA agent. As described by Whitney, such highbrow magazines were devised as part of a larger government initiative to trump up U.S. culture during the Cold War. As he puts it, "Many policymakers felt that Western Europeans were being softened to the horror of Communism thanks to towering Soviet and Russian cultural achievements. Americans, in a word, needed to become boosters of their high culture."

Enter the Congress for Cultural Freedom, an anti-Soviet arts advocacy group underwritten by the CIA. The CCF toured the Boston Symphony Orchestra around Europe and funded abstract expressionist art exhibitions. As Whitney writes of the CIA's covert funding of seemingly liberal, abstract art, "the paint splashes of Jackson Pollock did not lend themselves to a Marxist or anti-imperialist narrative." It's a kind of sophisticated political duplicity worthy of Putin: Where older conservatives might balk at funding and promoting works of art comprised of dribbles and streaks of paint, the CIA and the CCF adopted a more nuanced, "keep your enemies closer" approach. A lighter, diet-pop version of Western-sponsored socialism was ultimately preferable to the looming spectre of whole-hog Sovietism.

Even George Orwell, one of the 20th century's savviest political writers and outspoken critics of authority, found himself the punchline of a bad CIA joke when the 1954 film adaptation of Animal Farm was revised to serve the Cold War agenda. Where Orwell's story ends on a melancholic idea that the capitalists (the humans) and communists (the animals) were ideologically indistinguishable from each other, the movie made the animals seem the clear villains, flattening Orwell's original satire into plain ol' pro-capitalist, pro-U.S. propaganda.

Indeed, there's a depressingly Orwellian tenor to many of the revelations packed into Finks, from doublespeakish concepts such as "militant liberty" to the grander, and seemingly paradoxical, program of "fostering cultural freedom through routine acts of censorship." Impressive in scope, depth and its marshalling of declassified documents, Whitney's book proves that sophisticated cultural propaganda campaigns are by no means the exclusive province of looming totalitarian regimes. As Russian/U.S. tensions reheat once again, Finks also offers a reminder that it's not one or another government, but the totality of government power itself that proves illegitimate – even if some forms of power seem more illegitimate than others.

Book Review
Review: Trevor Harriot’s Towards a Prairie Atonement, Bill Waiser’s A World We Have Lost, and Julie Salverson’s Lines of Flight
January 13, 2017 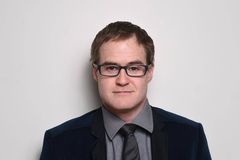 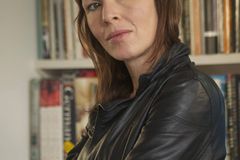