Title
Stranger Than We Can Imagine: An Alternative History of the 20th Century
Author
John Higgs
Publisher
Signal
Pages
341
Price
$34

Stranger Than We Can Imagine bills itself as "an alternative history of the 20th century." Which raises the question: an alternative to what about the 20th century, exactly? Certainly, John Higgs's chapters on the collapse of imperialism, the Great War, the space race and nihilism in the Beat Generation don't seem like real "alternatives," fitting rather squarely with general conceptions of the major developments of the last century.

The German historian Leopold von Ranke had a saying: Wie es eigentlich gewesen or, "Show it how it really was." It was a guiding principle of modern history and historiography. But as the English theorist and historian E.H. Carr noted, von Ranke's formulation was reductive, if not entirely off base. It's not like the historian was chipping away at the tough rock of the past to reveal what were, somehow, objectively "facts," like a sculptor revealing the form of his or her work from an ambivalent hunk of marble. Rather, the historian was deliberately choosing what constituted what Carr calls "historical facts" and what can be lumped together as "some stuff that happened in the past."

"The belief in a hard core of historical facts existing objectively and independently of the interpretation of the historian is a preposterous fallacy," wrote Carr, "but one which it is very hard to eradicate."

Higgs's exercise in history follows in the footprints of thinkers and writers such as Carr. Higgs is sensitive to history as an essentially arbitrary process, while still holding fast to a lot of the facts and theories established by that arbitrary process (as "hard to eradicate" as it is). Higgs's "alternative history" circles in and out of more official, established histories. Yet by following along the mainstream of historical thought, his detours and divergences feel even more exciting.

What Stranger Than We Can Imagine really is, is a history of modernist thought in the 20th century. Higgs is interested in occasions when canons of knowledge and authority were upturned, when the 20th century chipped away at the idea of there being one grand unifying perspective, and instead privileged multiple perspectives, points of reference and ways of understanding the world.

As Stranger Than We Can Imagine recounts, Jasper Johns once praised fellow artist Marcel Duchamp for his "persistent attempts to destroy frames of reference." Higgs is undertaking a similar project: indexing occasions when artists, writers, scientists and intellectuals shattered frames of reference, like hopped-up Luddites smashing looms. If the 20th century had a tagline, it might as well be the central edict of occultist and individualist Aleister Crowley: "Do what thou wilt." (Higgs's connecting Crowley to Ayn Rand to the Rolling Stones to Margaret Thatcher is one of the more dazzling argumentative pirouettes in this book.) Or, as the poet Ezra Pound put it, more cheerily, "Make it new!"

When he's not looking at major developments and the historical characters involved in them, such as nihilism or individualism or modernism itself, Higgs pays attention to the counterexamples: the revolutionaries, reactionaries and staunch conservatives who swam boldly (if, often, foolishly) against the rushing tide of history. One such person is Joshua Norton, a British-born expat living in San Francisco in the mid-19th century who, in a letter to local newspapers, declared himself "Emperor of these United States." Norton dressed in full-blown military regalia, and took to signing his name "NORTON I, Emperor of the United States." As Higgs writes, "He wore a peacock feather in his hat, an imperial sword on his belt, and took to walking with a cane." He proclaimed that anyone who called San Francisco "Frisco" could be fined $25 for their insolence. In the 1870 federal census he listed his occupation as "Emperor."

Norton is the sort of figure you don't read about that often (indeed, I'd never heard of him before), because he stands opposed to the guiding narrative of history. In a time when the roles of emperors were beginning to decline worldwide, here was a guy who desperately wanted to be one. As Higgs notes, by the end of the Great War in 1918, "emperors were decided beyond redemption. They were the way things always had been, but in a blink they were gone."

Stranger Than We Can Imagine is a noble attempt to throw light on what exactly was happening in these blinks. And for anyone unfamiliar with the modernist shift in the last century, it's likely to prove rather illuminating. It's stuffed with exciting, counterintuitive examples used to illustrate many of the headier ideas of 20th-century philosophy. (My favourite: describing Super Mario Bros., a video game in which an Italian-American plumber jumps on turtle-heads en route to rescuing a princess from a castle, as a seminal example of postmodernism, "a collision of unrelated forms that are put together and expected to work on their own terms.") The author also never gets woozy on the intellectual high-mindedness in which he's immersed. He's critical of postmodernism's slide into meaninglessness, and just as critical of reactionary attempts to reassert the singular authoritarian principles and perspectives that modernism laid waste to.

Where the book disappoints is in its repeated deference to conventional wisdom, and to the examples and ideas that have been wrung dry in the course of making sense of the past 100 years of human civilization. A true modernist history of our bygone modernist century would embrace the form, dismantling the conventions of literary histories themselves, giving even more space to counterexamples and the truly "alternative" viewpoints, like those experimental David Markson novels that are just fragmented anecdotes about different historical personages. Such a book would fully invert the prescriptive ethos of Leopold von Ranke: Wie es war wirklich nicht, "Show it how it really wasn't." Or, at the very least, such a book might work a little harder to make it new.

Book Review
Review: The Illogic of Kassel, and A Brief History of Portable Literature, by Enrique Vila-Matas
June 5, 2015 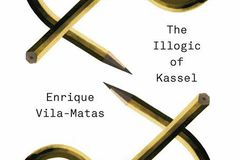 Book Review
Jerry Langton’s Cold War indexes the history of organized crime in Canada. But so what?
February 6, 2015 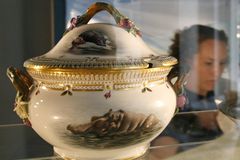