Chinkstar is a fresh and totally badass exploration of history, language and cultural truthiness – straight outta Red Deer. Jon Chan Simpson battles the tropes of Chinese-Canadian culture, tongue firmly in cheek. And what better place for an epic battle than Simpson's central Alberta hometown? Our home defines us, as does our history. But what if the stories our parents and grandparents pass on are coloured by shame? In Chinkstar, Simpson addresses what he sees as an element of victimization in Chinese-Canadian immigrant history. With wit and wisdom, he creates a braided narrative of past and present, with characters who are blazing a trail toward the future. And that trail is paved with swag.

Simpson's novel blends elements of oral storytelling and the classic whodunnit mystery – a highly conventional form – with varying degrees of success. Not fantasy, not exactly magic realism, the novel imagines a Red Deer from another dimension, pitting Rednecks against their rival gang, the Chinkstas. Run, our protagonist and narrator, is the younger brother of King Kwong, leader of the Chinkstas and a hip-hop artist on the brink of stardom. A few days before an important show in Vancouver, Kwong suddenly disappears and the normally lackadaisical Run must save his bro.

Run finds himself embroiled in a narrative too bombastic to be genuine – otherwise average teens quote the Tao while sucking back absinthe, bust freestyle rhymes and outsmart the police with the greatest of ease. Swag, I reminded myself as I read. It's about the swag. But swag can be kind of obnoxious.

Run shares my opinion. Having lived in his brother's shadow for most of his life, Run spends much of the story rolling his eyes at his brother's gangster stylings. What does appear to be serious business is the Movement, a loosely defined but powerful belief that Kwong's crew holds in his ability to musically combat racist attitudes toward Chinese-Canadians. While Run initially doubts the validity of the Movement, it's terribly vital to Kwong's followers that Kwong represent more than just a rapper. In their eyes he's a near-mythical leader of social change. As Run learns more about his brother's role in a small-town cultural revolution, he develops respect for Kwong and pride in their Chinese-Canadian roots.

As in oral storytelling, language is paramount in Chinkstar. Simpson deftly spins an idiosyncratic mash-up of Chinese slang and African-American rap dialect that might turn some conservative readers away. But it shouldn't. A look at language in the context of the history of immigrant families is organic to Simpson's thematic goal – a re-imagining of history with characters in control of their own destiny. After all, those who speak the language control the narrative. American rap culture has been all over this concept since its inception in the 1970s, bending and shaping language for its own purpose and reclaiming words from the realm of the taboo. Some might remember in 2007 when hip-hop artist Nas tried to title his album Nigger. The resulting uproar, both from progressive and conservative figures, eventually led Nas to abandon the idea. Chinkstar's title reminded me of this controversy – try telling the bank teller or the barista that you're reading a book titled Chinkstar without lowering your voice a little. When I mentioned it, people giggled, averted their eyes, sank into their shoulders. It might not be subtle, but it is effective. The characters in Chinkstar use every taboo word in the unwritten book: slants, half-chi, blackinese … the list goes on. The mash-up of culture and language in Chinkstar is so vast and well-executed, readers may find themselves thinking in its vernacular hours after putting the book down.

While his painstaking work on the language is clear, Simpson falters a little in the basic structural conventions that benefit a mystery. Momentum is particularly important. Run's love interest adds intrigue but wreaks havoc on the story's momentum, the relationship evolving in what feels like scheduled breaks between a set of circumstances that are supposed to be escalating in seriousness by the minute. Occasionally Simpson exploits Run's role as narrator by having him acknowledge these dips in the action: "We survive a killfest and you decide you want pie?" But acknowledgment isn't enough keep the story moving. More than once I forgot about the big Vancouver show, because nobody who was looking for Kwong seemed to be in that much of a hurry.

Although Chinkstar suffers from its inconsistent pacing, its importance is clear. This kind of energetic and modern exploration of Canadian immigrant culture is sorely needed, and the quality of Simpson's contribution is undeniable. Don't be fooled by the swag; this book is all business. 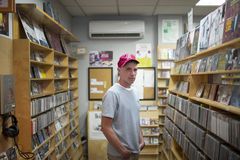 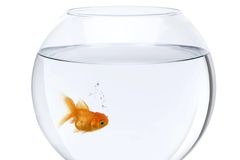