The best strip in Kate Beaton's very funny new book – and the comic I saw make the rounds most online, back when it first appeared – is called "Nasty." It's kind of like Rosencrantz and Guildenstern are Dead, only featuring a back-up dancer from the video for Janet Jackson's "Nasty Boys." You'll recall that Jackson, dancing furiously, says boys like him "don't mean a thing" – at which point our protagonist leaves the scene, crushed, and for pages on end wanders a world that condemns him as nasty.

It's wistful, eccentric stuff, played out at ludicrous length, with softly but subtly sketched characters. It's Beaton at the top of her cartooning game – and it's also a gamble, a refreshing departure from the style and subjects with which she made her name.

It's been nearly a decade since the Cape Breton-bred Beaton began Hark! A Vagrant, the webcomic series that made her an Internet sensation, garnered her book contracts, and landed her cartooning in the New Yorker and on the bestseller lists. Initially, she came to prominence with smart-aleck satires of literature and history, thumbing her nose at textbook stories of heroism and romance (her first book bore the imperative title Never Learn Anything from History). There's still much of that raillery in her new collection of strips, Step Aside, Pops, but it starts to look pat next to flights of weird fancy such as "Nasty."

Beaton's by-now standard comedy still works, of course. She stages Mad magazine-style parodies of literary classics, so that Wuthering Heights gets divided up into three-panel gags, lampooning how barmy its brooding can be. Or there's the Cinderella story, but with Prince Charming as a gym-rat, as well as a version of "The Lady of Shalott" where Lancelot is derpy and poops in the road. Her historical riffing is likewise absurdist. Brutish medieval life comes in for particular drubbing (chivalry, pillaging, dysentery – the gags almost write themselves!), though no one, from dandified Liszt to blood-frenzied Achilles, is safe from the cartoonist's ridicule.

Throughout, Beaton's sympathies lie more often with the put-upon and underdogs of history than pompous Great Men. Her princes and generals look silly, at best, in their perches of power, and often seem dangerously ignorant. In contrast, her anonymous peasants are lovable, if only because they're so clearly doomed to meet ghastly demises (one triumphant lord intends to tromp on their bodies for "a victory carpet"), while her few real heroes are unsung reformers and rebels. The likes of Tom Longboat, Ida B. Wells and Dr. Sara Josephine Baker serve Beaton as alternative models for valour and bravery – combatting racism, fighting for suffrage, saving sick children. She draws them bearing up under bigotry with long-suffering perseverance, while she skewers the racism and sexism besetting them.

Goofily undermining literary and historical convention continues to be a reliable comedic approach, for Beaton – perhaps, at times, a bit too reliable. These routines threaten to become so well worn that they harden into paths of least resistance.

Her comics are rife with historical figures holding cell phones, or cussing, or talking like modern-day teens – "dude," "like," "bro." Such anachronisms can be funny – I snorted when the Founding Fathers come across Burger King – but they can also devolve into an easy formula. Old-timey topic plus new-fangled slang equals shtick.

Thankfully, Beaton also has other avenues to explore. For one, she improvises far-fetched scenarios based on imagery from musty old postcards and magazines. The artist rescues the brassy, bicycle-riding New Woman idling on the book's cover from a 19th century cartoon that haughtily sniffs at "the awful effects of velocipeding." Elsewhere, she wrings unlikely gags out of maladroit woodcuts for centuries-old ballads, or willowy, affected book covers by Edward Gorey – with whom she shares a knack for lithe linework and limber body language.

For another series of strips, she ridicules the blustering self-importance of superheroes. The beefy lummox is a Beaton specialty – as is, of course, the hunched-over posture of the woman who suffers his oafishness – so the way she prods at the cape-and-tights genre is particularly pointed. By rights, her disdainful, cigarette-smoking Wonder Woman should now be canon, while her bloated, oblivious Superman doesn't ever save the day so much as he keeps intrepid reporter Lois Lane from her scoops.

It's in such moments – when Lois finally rages at bumbling Clark – that the undercurrent of righteous indignation in Beaton's humour bubbles to the surface. Step Aside, Pops is at its most effective when the cartoonist slings scornful, inky mud at pop culture, and especially its dumbed-down caricatures of women and feminism. Beaton is rarely as hilariously on-point as when she has "strong female characters" parade around in next to nothing, or when "straw feminist" bogeys try to convert impressionable young tots ("You don't want a training bra little girl," hisses one harpy; "You want all the men in the world to be dead."). When Beaton takes on the benighted gender politics of today, the burden of history no longer weighs down the brickbats she hurls.

Instead they hit home with elegant accuracy – as well as enough cutting sarcasm to make pops step aside, and nasty boys realize they don't mean a thing.

Sean Rogers is The Globe and Mail's comics reviewer. 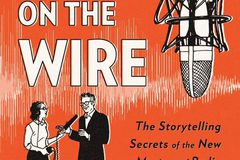