Hours after he was found dead in his Mississauga home, Steve Montador's brain was harvested from his head. Placed in a bag of formaldehyde and "fixed" for analysis, it was then couriered to the Toronto General Hospital and onto the desk of one of the world's leading neuropathologists – Lili-Naz Hazrati.

She transferred the brain to a bucket and labelled it A1545 – her hospital's code for the 45th autopsy case of 2015. Then she got to work slicing it into thin shavings, injecting those shavings with dye and placing them under a microscope for study. Three months later, she revealed to Montador's family the extent of what was buried deep inside his brain.

It had been riddled with chronic traumatic encephalopathy, the same degenerative brain disease that had been found in other dead hockey players – Reggie Fleming, Bob Probert, Derek Boogaard – and which has been diagnosed postmortem in hundreds of professional athletes over the past 15 years.

If Montador's story had played out a decade earlier, it might have shocked the hockey world. But it came at a time when such discoveries had begun to feel routine. To many, Montador was just another dead athlete with a rotting brain. No different than any of the other men who lived their dream until it turned into a nightmare. What more was there to say?

Enter Ken Dryden – one of hockey's most celebrated goalies – reclaiming his place among this country's deepest sports writers. To Dryden, Montador's story is the story of modern hockey. That of a grinder who sacrificed everything for the game.

There's much for readers themselves to process in Dryden's latest book – Game Change: The Life and Death of Steve Montador and the Future of Hockey. This is a deep piece of investigative journalism that chronicles the emotional rise and quick demise of one of hockey's many tragic figures. But it's also a manifesto. A challenge to NHL commissioner Gary Bettman, whom Dryden identifies as the only person who can actually draw this troubled chapter in hockey's history to a close. Dryden doesn't hold back. He tells Bettman and readers both why and how the game must change.

Dryden always was one of hockey's more cerebral players. Game Change is a professorial play by a goalie/lawyer/academic, outlining how the commissioner can pull off the ultimate save. The one that will prevent future deaths in hockey.

Beneath the dramatic narrative that is Montador's story, Dryden layers the book with historic context. He parses the history of organized hockey, from the first indoor game at McGill in 1875, to now. Explaining the full complexity of its evolution, exposing its greatest myth – that nightly fights have always been key to the game. Through statistical evidence he shows how fighting increased over time until it became a problem and how hockey evolved from a rough and tumble game in which players took fewer hits to the head over the course of a season into its modern incarnation where they may take multiple concussive blows in a single shift.

He argues that at hockey's core there has always been a historic compromise between performance and safety. Right now, he says, that compromise has gone out of whack.

He tells readers how we got here through a chronology of cause and effect. How Wayne Gretzky, the WHA, Soviet Union, Don Cherry, Broad Street Bullies and even he, the onetime Canadiens' backstop, all played a part in contorting the game into something that would ultimately lead to Montador's death.

"Nobody knows the exact events of Steve's last days," Dryden writes. "Nobody wants to know." The 35-year-old former NHL defenceman died on a February night in 2015, exactly three years, one month and seven days after taking a punch to the face during a Chicago-Detroit game. It was one of countless hits to the head during a lifetime in hockey, but in that moment it "altered" Montador's consciousness, and as Dryden explains, led him into a spiral that ultimately left him dead, two weeks before the birth of his son.

Dryden details Montador's life through meticulous reporting. Interviewing friends, family, coaches and teammates to paint the portrait of a man who fought for everything he had, but who was never quite sure if he deserved any of it. Montador was one of hockey's many grinders. Always painfully aware of how replaceable he was.

That self-awareness drove him to be better than he was. But it also drove him to drop the gloves, throw his body into corners and take hit after hit to the head.

Montador comes across as the victim of an increasingly problematic game and the naive participant in his own demise. Throughout the book he's not alone. Marc Savard, Keith Primeau, Paul Kariya, Eric Lindros, Sidney Crosby – they're all with him, taking hits and getting helped off the ice. To some extent, this is the story of a lost generation of players.

You can feel the impending doom mounting as Montador suffers a concussion here, another there. He battles through the residual haze, struggles with demons, then comes back stronger on ice. There are touching moments throughout. Like when he loses his place on the Calgary Flames and suddenly he's standing alone with his equipment as the team bus pulls away. Or when he later realizes he has a drinking problem and quietly checks himself into rehab during the 2006 Olympic break.

Dryden paces the book to match the arc of the athlete's life. Montador's career rises to a crescendo as he finally signs a four-year deal with the Blackhawks. Then Dryden makes readers really feel for Montador by bringing them into the dark recesses of his mind. He lets Montador speak to his own emotional baggage through journal entries, in which he recorded his hopes and fears for the future and outlined his efforts at self-improvement.

Then come the concussions again. Fast and furious. A number of them in just a few weeks and suddenly Montador's entire existence hangs from day to day on whether the doctors will classify him as "disabled" or not. There's a power and potency to that word which gives it an added weight that will stick in your mind even after the book is closed and the tragedy complete.

Game Change is arguably Dryden's most significant book since The Game, which is still widely regarded as the greatest hockey book ever written and as one of the best sports books of all time. As good as The Game was, this latest work is the more important to read right now.

Brett Popplewell is an author and assistant professor of journalism at Carleton University. His work has appeared in Bloomberg Businessweek, The Walrus, Sportsnet, Maclean's, Toronto Star and The Best American Sports Writing. 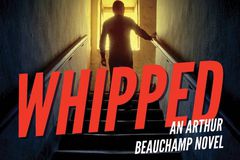 Book Review
Review: Nicholas Jennings's Lightfoot tries to get at the essence of the legendary Canadian songwriter
October 20, 2017 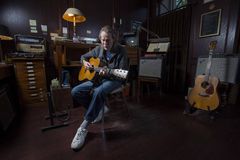 Book Review
Review: Will Ferguson’s The Shoe on the Roof is a tale for the times
October 20, 2017