"Royal Beating. That was Flo's promise. You are going to get one Royal Beating." Those are the opening lines of Alice Munro's 1978 Governor-General's Literary Award winner Who Do You Think You Are?, lines that are coarsened in the opening of Kerry Lee Powell's debut short-fiction collection, Willem de Kooning's Paintbrush: "Today's the day Mitchell Burnhope gets the royal shit kicked out of him." The echo is most likely unintentional: Powell's story, Palace of the Brine, which takes place in a strip club and focuses largely on one patron who operates under the misguided notion that he can "save" his favourite dancer, doesn't appear to share much in common with Munro or with her central character, Rose. But Munro's influence on the Canadian short story is inescapable, and is often honoured most in the breach.

Then again, Powell's characters – vulnerable figures frequently forced to don a veneer of toughness, who yearn for an escape from their straitened circumstances – do bear a certain resemblance to Rose, the young girl from the wrong side of the tracks who dreams of breaking away from the shackles of her small-town existence, eventually becoming an actress. In Powell's story Set the Controls for the Heart of the Sun, Dawn, a disaffected teenager – "a large, solitary girl who seldom brought friends home" – longs to be cast in her school's play, in part as a flight from her unhappy suburban existence. "It's not about the play," she tells her mother, Maureen, recapitulating Rose's attitude toward her hometown of Hanratty, Ont. "Although the play did make me realize a lot of things. Like just how terrible this place is."

As a young mother of a newborn, Maureen maintained aspirations of ascending to a more materially comfortable lifestyle: "Maureen and her husband had dreamed of one day belonging to the fancy clubhouse, a white-pillared mansion mirrored by an artificial pond, its paired swans circulating among the reeds." A successful interior designer, Maureen has managed to ascend the social ladder, though she remains at a remove from her daughter, whose increasingly delinquent behaviour – faking illnesses, cutting class, sneaking out at night – raises alarm bells with her mother and the school's officious guidance counsellor.

When Dawn begins hanging around with a "tough-looking" Vietnamese boy, Maureen suspects the young man of gang affiliation, an accusation that is somewhat understandably characterized as racist by her recalcitrant daughter. The layered misunderstandings that persist between Maureen and Dawn – and the true reason for the adolescent's erratic conduct – dramatize the ways in which good intentions go awry and presumptions about those closest to us lead to a kind of willful blindness regarding the truth. If these aren't Munrovian subjects, it's hard to imagine what might be.

Powell, whose 2014 poetry collection, Inheritance, was nominated for the Gerald Lampert Memorial Award, is less subtle than Munro and her stories traffic in a rougher, grittier milieu. None of which is meant as a slight to Powell's ability as a stylist – which is considerable – or her capacity to elicit genuine emotion from her characters and their situations. The writing in Willem de Kooning's Paintbrush is admirably direct and pared-down, a welcome change from the tendency of poets to overcompensate when shifting to the putatively airier prose form. Of course, poetry and short fiction share a common bond in their reliance on rigorous concentration of language; Powell is adept at employing this to good effect in stories that never end up in quite the places you expect them to.

Laura Trunkey has also produced a suite of unexpected stories that move even further afield from the Munro template. A strong metaphysical undercurrent runs through her debut collection Double Dutch, which includes stories involving a woman whose spirit trades places with a grizzly bear, and a mother who becomes distraught when her two-year-old son begins speaking Arabic in his sleep.

That story, which opens the collection, neatly sets the tone for what is to come. Trunkey retains the outward trappings of realism, painting a picture of a mother, Nicole, struggling to comprehend her offspring, who is politely referred to as a "problem child." The daycare workers who oversee the boy use words such as "energetic" and "expressive" to describe his behaviour, "but Nicole knew what they were implying."

It is axiomatic to refer to such children as "terrors," or even, in some locutions, "holy terrors." The adjective becomes loaded after Nicole comes to recognize the language her son is speaking in his sleep; the increasingly distressed mother winds up convinced that her young son is somehow the reincarnation of a dead terrorist. The truth, when it is revealed, is equally mysterious, but much more hopeful and poignant, and highlights Trunkey's facility at manipulating her materials in a way that feels completely organic, notwithstanding the uncanniness of much of her subject matter.

The collection's title story owes more to Poe than Munro – specifically, the American author's fascination with the doppelganger motif. But the context is unanticipated: The narrator, Noah, a dead ringer for Ronald Reagan, becomes a stand-in at public events after the erstwhile actor is elected president. (The title Double Dutch, one of the few times Trunkey allows herself a linguistic indulgence that feels twee and heavy-handed, refers to Reagan's nickname.) As Noah becomes more deeply ensconced in his role – attending summits with Mikhail Gorbachev in the place of the actual U.S. leader – he also finds himself becoming infatuated with Reagan's wife, Nancy. Trunkey's adept handling of Noah's erotically charged encounters with the first lady nicely counterpoint the story's more outrageous aspects and the tale builds to an ending that is surprisingly human and recognizable.

Other stories feature elements that are less effective – Winchester .30-.30, about the killing of two white clerics by a pair of Inuit men at the start of the 20th century, contains an awkward anthropomorphization of the murder weapon, and the sections of Electrocuting the Elephant written from the perspective of the eponymous pachyderm are unconvincing. But for the most part, Trunkey achieves a coherent marriage of elements in these tales: History, realism, and the mystical combine to strong and startling effect. It's not Munro, but it's testament to the versatility and variability of the form in which the Nobel winner toils. 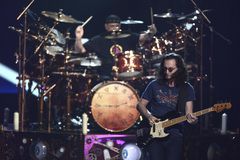 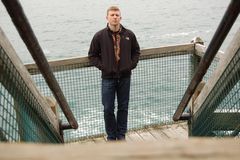 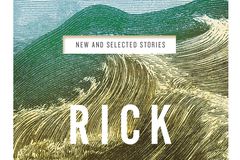