Some people like a fight. Take the millions who recently paid a hundred bucks a pop to watch the boxer Floyd Mayweather wallop Conor McGregor, a mixed martial artist. Or there's Daniel, the protagonist of Kevin Hardcastle's In the Cage, who needs a fight like some need prayer: as a calming agent, a lifeline.

Daniel is a retired cage fighter fallen on hard times, trying to support his family in Ontario's Simcoe County. He's got limited options for work and a connection to rural crime that makes for low-hanging but poisonous fruit.

The novel tells Daniel's story in three overlapping spheres: At home with his wife, Sarah, and their 12-year-old daughter, Madelyn; among a gang of dealers and thugs he's known for years; and at the gym, where he trains, punishing heavy bags and flattening opponents. Together, they make for a stark, detailed portrait of a particular social and cultural setting – although, interestingly, specific geographical locations are rarely named.

Hardcastle works in a noirish, folkloric mode that draws on Cormac McCarthy, Alistair MacLeod and Breaking Bad. He's noted his fondness for the American writer Donald Ray Pollock, and shares thematic territory and a taste for blood with fellow Toronto author Andrew F. Sullivan. Descriptions of his work tend to use the language of a weigh-in. "Taut" is a favourite, as is "muscular."

There's something of those qualities in the strength of his prose, but both words imply a rigidity that does a disservice to Hardcastle's technical grace. The novel's language is fundamentally based in movement. The fight scenes are highlights, especially an exhilarating, mid-book sparring match between Daniel and his training partner, Jung Woo: "Jung Woo pushed forward but Daniel would not give and then he came untethered and drilled the Korean with hooks and an off-angle uppercut that sent the man sideways with his legs stiff and his glove drawing in the air as it came up late to block. They each ate the other man's right hand as the buzzer rang to call the round."

Yet there are many smaller, gentler gestures – a hand laid on a shoulder, a wine glass moved just so – that carry as much weight in the larger choreography. Hardcastle's sentences are clean and hard, but the combinations are complex and deliberately crafted. Imagine the slow wrapping of a fist, knuckle by knuckle, and you get a sense of how Hardcastle tightens his narrative with a precision physics that's grim, hypnotic, sometimes heartbreaking, always humane.

In the stories from his Trillium Book Award-winning debut collection, Debris, Hardcastle's stylistic tics could occasionally feel intrusive. There's some of that here, a few too many "that man"s in too few pages, a couple spots begging for a comma. In general, though, the novel digests his epic cadences more easily than the short fiction, and the distinguishing marks of his style help cast a biblical mood. There is vivid description of the Ontario landscape and of the suburban industrial zones where unsavoury characters conduct lethal bids for control of the local drug trade. There's dialogue that crackles with apocalyptic threat.

The success of this McCarthyan scope, the existential spectrum of light and darkness in the book, is also reason to avoid casting Hardcastle strictly as a social realist. In media materials, much is made of the novel's focus on the rural poor and its grounding in Simcoe County, where Hardcastle grew up. Like Steinbeck, though, Hardcastle's realism reaches beyond spokesmanship, to cosmic truths, mythic forms – and, sometimes, harsh extremes. If anything, his sole pulled punch is how the book's perspective sometimes leans too far toward Sarah's idealized version of Daniel, even though it recognizes the schism in him early on. For all that man's heart and all his plight, he's no working-class hero; he's bound to violence and his restless limbs have deadly potential.

We empathize with Daniel, though, because of those little movements and moments, especially the ones he shares with his daughter – a relationship that feels genuine and poignant. Likewise, the scenes involving Sarah, Jung Woo and his older friend, Murray, are filled with warmth and care.

These tender passages are contrasted with underworld scenes that increase in pitch and intensity until they rival anything from No Country for Old Men – there's even an Anton Chigurh-like psychopath to execute the bloodiest bits. The resulting rhythm winds up tension and propels the reader toward the grisly inevitability of the final pages. Though Hardcastle works in deep emotional territory, the novel reads like a thriller.

In discussions of both pugilism and class, what's often missed is how the world contains many notions of beauty. Assumptions on these grounds can widen fault lines along geographical and social divides. Hardcastle shows us how, depending on where you stand, beauty can look much different than you might expect – but also ways in which the common beauty of small joys links us, and how cruelty is our undoing. Whether you like a fight or not, chances are, something in this novel will move you. In the Cage is a fierce, beautiful book.

J.R. McConvey is a writer based in Toronto. 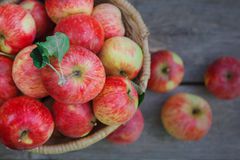 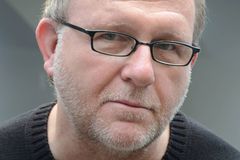