Seven Days in May

The Titanic is the nautical disaster that gets the most attention, but the sinking of RMS Lusitania during the First World War is an even more dramatic story: More than 1,000 passengers and crew members perished after the British ocean liner was torpedoed by a German submarine. The grandfather of bestselling Canadian author Kim Izzo was one of the survivors and inspired the writing of this novel. Izzo does an admirable job of juggling the various elements of this complex tale, although the clearly rigorous research completed does weigh the story down at times – a challenge facing most authors of historical fiction. The cast of characters includes aristocrat sisters Sydney and Brooke Sinclair, who couldn't be more different: Brooke is concerned with her upcoming match to a moneyed and titled Brit, while Sydney is focused on the suffragette movement and advocating for women's reproductive rights; and Isabel Nelson, who works in the shadows of Room 40, the only female agent in a highly classified code-breaking room that holds the key to the fate of the ship (this arc adds a rather enjoyable feminist twist to the narrative). Other stories, including those of Alfred Vanderbilt and Charles Frohman, the two most high-profile passengers to go down with the ship, and Walter Dawson, Izzo's grandfather, are woven into the narrative. The result is a multilayered and graceful work.

The Lost Diaries of Susanna Moodie

The life of a fierce female pioneer who struggled in the wilderness is explored in Cecily Ross's debut novel, The Lost Diaries of Susanna Moodie. Moodie's fabled life is examined afresh through the fictionalized contents of her diary – there is no evidence of any such diary, but wouldn't it be wonderful if it existed? – revealing even more intrigue about the existence of this formerly genteel Englishwoman whose toils and triumphs in the Canadian wilderness perhaps personify the concept of survival in this country better than any story told about our early days. I first became acquainted with Moodie through Margaret Atwood's poetry collection, The Journals of Susanna Moodie, which, through the progression of the poems, show how wildness and persistence can change a person – and the world. Liberties are taken with the subject matter, yes, but this writing is believable, these observations feel real and this journey is so very worthy of its place in the mythology of our country.

Mothers and Other Strangers

A brooding novel set during an austere Toronto winter (only an author who lives in Toronto, as Gina Sorell does, could pull off writing about the hopelessness of a cold, lonely night in this city the way she does), Mothers and Other Strangers is, as the title suggests, about a complicated mother/daughter relationship. Elsie's mother Rachel – known as Ray to her strange group of consorts – makes Joan Crawford look like a saint. Elsie has returned to Toronto from California to pick up the pieces left behind after her mother's death. Ray was beautiful, cruel, a dedicated cult member who made her daughter feel like she was nothing and no one, and Elsie's resulting despair is the impetus for a number of bad life choices. There are moments of greatness in this novel, when Sorell reveals herself as an author to watch, but at other moments the plot veers off into cliché and confusion – and it made me feel sad at times that the life of Elsie was so irrevocably entwined with the lives of the men she encountered, while little thought or effort was given to her relationships with other women. Then again, why wouldn't you betray and leave behind your best friend with little remorse when your most formative female relationship was a dark and damaging disaster? Ultimately, the sinister romance here, combined with an unflinching exploration of what can contribute to a mental breakdown, left me wanting to read whatever Sorell writes next. 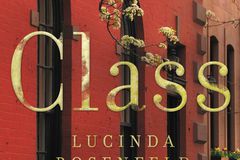