"He went rushing down to the sea," begins Marie-Claire Blais's The Acacia Gardens, concretely enough, though that comma functions like the first crack in a dam, and from it gushes a torrent of violence and sexuality, faith and vice, a motley gang of characters – drag queens, a saintly (or demonic?) tavern owner, "lean, prowling dogs … who hadn't eaten for days," an assailant known only as "the Hand," etc. – and lush, faintly threatening descriptions of tropical paradise, before the novel's opening sentence concludes seven, breathless pages later with the possibility of salvation: "maybe Robbie did rush here, high heels and all, to enfold him in his wings."

Yes: All that in one sentence! Sheer virtuosity aside, that opening passage is remarkable for how intensely it evokes the symbiotic movements of a body and mind in flight. We don't just observe Petites Cendres fleeing his attacker and persecutor, but fully experience the attendant onslaught of thought, sensation and action.

The Acacia Gardens is the seventh novel in Marie-Claire Blais's Soifs series, introduced to anglophone readers 20 years ago with These Festive Nights. In 2001 Nigel Spencer assumed translation duties from Sheila Fischman for Thunder and Light, which captured the first of three Governor-General's Literary Awards for his English adaptations of Blais's fiction. Taken collectively, the seven books comprise a 1,500-page, paratactic cascade of contorted syntax and evocative imagery, which, at its most elegant and exacting, approaches the transmutations of consciousness of Virginia Woolf.

This isn't a new comparison for Blais, and in fact her epigraph to These Festive Nights borrows from Woolf's The Waves, concluding, "Now no one sees me and I change no more. Heaven be praised for solitude that has removed the pressure of the eye, the solicitation of the body, and all need of lies and phrases." Taken as a statement of intent, it suggests an internationally celebrated writer moving into reclusion; the results are a vertiginous swirl of tone and perspective in which the author – or an author, at all – feels conspicuously absent. There is a sense of these books not being written, or even read, but happening.

Like Blais herself, who spends her winters in the Florida Keys, the Soifs novels are distantly removed from the books that established her reputation as one of the key chroniclers of Quebec's Quiet Revolution. These Festive Nights was set by "the peaceful, blue Caribbean," Thunder and Light on a "beach that was damp from ocean and salt," and here, once again, the location is at once an unnamed Gulf Island and nowhere at all. The titular gardens, "framed in flowers and giant silvery palms with blade-like leaves," is a sort of refuge for "souls choking on their own secrets," overseen by the magnanimous Dr. Dieudonné and peopled by castaways from the previous six books.

Along with Petites Cendres, recurring characters include Daniel, the writer who has been struggling with the same book, Strange Years, since Thunder and Light, his wife Melanie, and their adult children, Samuel and Mai; Adrien, the poet and cynic; Yinn, proprietor of the Salon du Baiser, and his husband Jason; and then are Charles, Fréderic, Grégoire, Eli, Jerome, "Jermaine, some of Olivier and Chuan," "Caroline and Jean-Mathieu and their political divergences," not to mention the dog, Misha – and if all this sounds bewildering, it is, to be sure. Perspectives tumble one to the next, sometimes within the same clause; one minute we're eavesdropping on artists meditating on the ontology of the photograph, and the next an excommunicated priest is confessing his crimes to a musical prodigy and a cocaine-addled convalescent under a bridge.

If making sense of this carnival of sights and sounds might at times prove elusive – even exhausting – the effect is utterly unique in contemporary literature. The Acacia Gardens is a sublime evocation of human existence in all its darkness and light, and even achieves a kind of dualism that escaped its modernist antecedents. While Blais began these books in the fledgling days of virtual media, their neurotic, paranoid rambles through consciousness not only evoke a certain type of real-world phenomenology, they also feel a bit like being inside the Internet.

The infinitude and according dread of the digital age haunt these pages alongside fear of more swift annihilations, including a lament that "we're so careless, never thinking about the proliferation of nuclear weapons." If fears of the bomb (North Korea's Unha 3 missile, specifically) seem at odds with current anxieties that our lifestyles, and not some single, catastrophic event, will be their own undoing, it's a function of the book's strangely atemporal space, which juxtaposes 21st-century signifiers (FaceTime, iPads, etc.) with counterculture throwbacks: the novel's refrain of youthful rebellion and generational divide is "young kids [singing] we love rock 'n' roll."

As such, there's an effective timelessness to The Acacia Gardens, a novel in which past, present and future all co-exist. One hundred and seventy pages after Petite Cendres sets out for the seaside, during which we've witnessed child trafficking, sexual assault, a horrifying school shooting and the abject depravity of addiction – but also love and hope and unequivocal joy – he finally arrives among his friends in the gardens, "drenched in sweat but glad he'd run this much." A bit like us, Marie-Claire Blais's drained yet exhilarated readers. 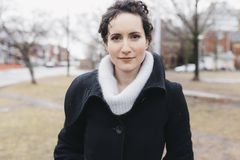 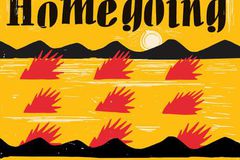