Chicken is so ubiquitous in the Western diet that we tend to forget it is a fairly recent addition.

Prior to the First World War, poultry was not a popular dish. As we moved from an agricultural economy, in which every farmer kept a few hens to produce eggs, to an industrial economy, eggs became a crop and spent hens and excess roosters made their way to slaughterhouses and kitchen tables to occasionally replace the staples, beef and pork.

Come the Second World War, the good stuff – red meat – was reserved for the troops, so the public turned to white meat. Demand tripled and producers expanded their sideline into a bona fide business to meet demand.

And, thanks to science, what a business it became.

Today, more than nine billion birds are bred and slaughtered each year in the United States alone, making chicken the world's single biggest source of protein.

But there's a dark, deadly side to the tale: The industrialization of agriculture led to the widespread use of antibiotics in animals, and also fuelled antibiotic resistance, which the World Health Organization now deems to be the single greatest and most urgent threat to health on the planet.

In Big Chicken, journalist Maryn McKenna tells the tale – summarized well in the book's subtitle, The Incredible Story of How Antibiotics Created Modern Agriculture and Changed the Way the World Eats – masterfully.

There are enough horror stories in this tome to make a Stephen King novel, but her approach is balanced and fair, and that's ultimately what makes Big Chicken such a compelling read.

It would be easy to write a screed about chicken farming. After all, the slaughtering process alone is horrific: Birds live in crowded conditions with no natural light and little movement, pumped full of feed and antibiotics to grossly fatten them up over two months, then shackled upside down by their feet, dunked into an electrified bath to knock them out, have their throats slit, are dipped in a scalding tank to loosen their feathers, then plucked and butchered.

Not to mention that the end product is, more often than not, a tasteless block of protein, the result of chickens being bred for abundance, consistency, speed and profit or, as McKenna puts it, "bred for everything but flavour."

The modernization of chicken farming also created conditions ideal for the spread of food-borne illnesses such as salmonella and superbugs such as E. coli with the MCR-1 gene, meaning it is essentially untreatable by any drug.

But rather than vilify farmers, McKenna reminds us that industry essentially gave consumers what they asked for – a cheap, convenient source of protein – and science and regulators went along for the ride.

In 1948, Thomas Jukes, an employee of Lederle Laboratories (and a graduate of both the Ontario College of Agriculture and the University of Toronto) published the results of a study that ultimately changed the world. He showed that by feeding chicks a mash with trace amounts of the antibiotic Aureomycin bolstered their growth by more than 50 per cent, along with dramatically reducing the rate of death from infectious diseases.

The concept of growth promotion was born and, along with it, large-scale industrial production of chicken (and beef and pork producers followed suit). Within a few years, more than half a million pounds of antibiotics were being fed to poultry, and "no one seemed to think it was a bad idea," McKenna notes.

Today, animals consume four times the amount of antibiotics of humans – and we know they are overused and misused in people.

Alexander Fleming, who discovered the first antibiotic – penicillin – in 1928, warned of dangers of misuse. Bacteria are wily, able to mutate and become resistant. With increased use in animals came the emergence of antibiotic-resistant strains of common meat-borne pathogens such as staphylococcus and salmonella – a phenomenon first seen in chicken-farm workers.

This wasn't broadly known, but it was hardly a secret. In 1964, an exposé of factory farming entitled Animal Machines was published and, in 1967, New Scientist magazine published a damning piece titled Antibiotics On The Farm: Major Threat To Human Health.

European regulators began to crack down on use of antibiotics – particularly as growth promoters – but the powerful U.S. food lobby managed to stave off regulation for decades (and Canada tended to follow suit).

At a certain point, the problem became too big to ignore. There are already an estimated 700,000 deaths annually caused by antibiotic-resistant superbugs, and that number is expected to soar to 10 million by 2050. (Much of the credit for growing awareness goes to journalists such as McKenna, who told that story well in her previous book, Superbug: The Fatal Menace of MRSA.)

Perhaps more to point, industry realized that antibiotics were no longer worth the cost and the grief.

One of the most surprising aspects of the story is how big chicken producers made a startling about-face on antibiotic use. In September, 2014, Jim Perdue, the chairman of the agribusiness giant Perdue Foods, announced that it had stopped using growth-promoting antibiotics in 2007 and was instead using vaccination, and promoting various other methods to avoid illness in flocks.

Fast-food retailers such as Chik-Fil-A (which sells more chicken than KFC) hopped on the bandwagon, saying they were going antibiotic-free. McDonald's, Subway, Costco and Wal-Mart quickly followed suit.

The decisions were practical more than anything else: Consumers were increasingly embracing antibiotic-free products, despite higher prices.

One of the most uplifting aspects of the tale is how mainstream poultry producers are increasingly following the lead of organic farms, ordering that chicken coops (no matter how large), have windows, perches for birds, room to roam and fresh air, all things that limit disease and illness almost as effectively as antibiotics, with no unintended consequences.

Next, perhaps, industry will rethink its view of animal welfare, from keeping animals from suffering unduly to creating an environment where animals can express instinctive behaviours.

Ultimately, Big Chicken is about a cultural shift, a recognition – perhaps 70 years too late – that the cheapest chicken is not the best chicken, that, in McKenna's words, chicken should "taste like an animal, like a living thing," not like a block of bland whiteness.

André Picard is the health columnist at The Globe and Mail. His latest book is Matters of Life and Death: Public Health Issues in Canada. 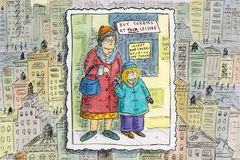 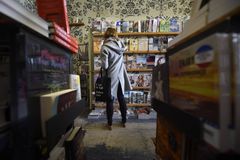 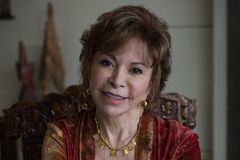