It's become very easy to roll eyes at the women who flock to yoga studios every day with rolled-up mats under their arms, pricey workout clothes painted onto their bodies. You've seen this woman. She glides into the studio on a Tuesday at 10 a.m. like it's her job. She's not here for a spiritual awakening; she's here for a perfect round ass. But as Michelle Goldberg reveals in her new book The Goddess Pose, yoga was a fat-trimming diversion for "respectable bourgeois ladies" before it became the domain of hippies and dreadlocked Caucasians. I always assumed that at some point around the time Alanis Morissette bestowed her thanks unto India, yoga was co-opted by the elite – another Starbucks where there once was an independent bookstore. But it turns out the practice just came full circle. Good news for the yogini who suspects she's taking part in a global sham: yoga is a tradition corrupted, and in a way, it always has been.

The story of Indra Devi – born Eugenia Peterson in 1899, in Riga, which was then part of the Russian Empire – spans continents, decades, and wars. A fiercely independent woman, Devi never stopped moving until her death at the age of 103. In The Goddess Pose, she pops up, Zelig-like, in Russia during the Revolution; in the cabarets of Weimar Berlin; in Shanghai when it was occupied by the Japanese during the Second World War; in Saigon at the height of the Vietnam War; and in Panama in the late 1980s, where her influence on Colonel Roberto Diaz Herrera, a spiritual seeker himself, would change the course of Latin American history. She taught yoga to Greta Garbo and Gloria Swanson. She met John Lennon (and called him "Mr. Lemmon").

Goldberg, an investigative journalist and senior contributing writer for the Nation, cobbled together Devi's story from sources scattered in newspapers and archives around the world, only a portion of which were available in English. She expertly assembles the puzzle pieces of Devi's life, pausing to provide context for the growing influence of spiritualism on modern American life. Yoga – specifically hatha yoga, the series of asanas, or postures, most commonly practised today – would play a key role in the postwar merging of "health and salvation," Goldberg writes: "Yoga as it eventually came to be practised in the United States elevates exercise into a sacrament, merging the contradictory quests for beauty and selflessness."

There's more than a little B.S. baked into the story of yoga's rise to popularity in the Western world, but then, maybe that's appropriate. As Joseph Heath and Andrew Potter write in their 2004 book The Rebel Sell: Why the Culture Can't Be Jammed, "Westerners have been using Third World countries as a backdrop for their own personal voyages of self-discovery for decades."

That modern yoga is a mess of contradictions should be no surprise to anyone who's been in downward dog and caught an upside-down glimpse of their yoga instructor checking his iPhone as he calls out the next pose. In classical yoga, the aim is to negate the self; The Yoga-Sutra of Patanjali, the most well-known text of classical yoga, written some time between 200 BC and 250 AD, spells out a system not for physical or spiritual well-being, but of freeing oneself of the fears and pressures of the earthly realm. A successful yogi would not have found a way of being at peace with the world – he would have transcended it altogether.

In contrast, Western yoga's patron saint was adept at reinvention; as Goldberg writes, Devi "made letting go of the past the centerpiece of her personal spirituality." Stubbornly independent, Devi saw yoga as a means to both spiritual enlightenment and worldly success. "Traditional yoga, of course, is supposed to teach you how to renounce worldly goals, not how to achieve them," Goldberg notes, "but Eugenia had never been bound by tradition."

Yoga is meant to be whatever you need it to be, a basic recipe into which you can stir varying amounts of spirituality, self-improvement and physical exertion. Devi herself was not the spiritual exemplar her devotees thought her to be; she could be horribly selfish, taking off for adventure at a moment's notice no matter her commitments. Toward the end of her life, she uprooted her dying husband from his California home and brought him to India, and then Sri Lanka, where, insatiable, she once again left him for her travels.

Yet there's a lesson to be found in the behaviour of the godmother of modern, Western yoga. Perhaps there is no such thing as a "spiritual exemplar," at least not any more. As Goldberg reports, Nehru "praised yoga's experimental, empirical nature – it is, he writes, 'a method for finding things out for oneself rather than a preconceived metaphysical theory of reality or of the universe.'" It's no wonder yoga appeals to contemporary Western women: yes, it promises a sleek body, but it also expands or contracts to fit each practitioner. There's a generosity in the practice's choose-your-own-adventure ethos.

Devi was a woman who learned how to be flexible in more ways than one. As Goldberg writes, for Devi, "part of yoga's power was its promise of an escape from history, a way to remain impervious to life's daily chaos and contingency." It's not an accident that the yoga we practice in the West is a combination of old-world mysticism and modern self-help. Devi made it so, turning yoga into her life's purpose while at the same time transforming it into an intoxicating cocktail – the original chicken soup for the soul, savoured by the postwar, spiritually starved masses. We've been drinking from that same ladle ever since.

Lara Zarum has written for The National Post, Slate and The Village Voice, among other publications. 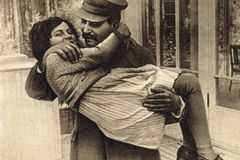 Book Review
A new biography shows how Saul Bellow electrified facts with the current of imagination
May 15, 2015 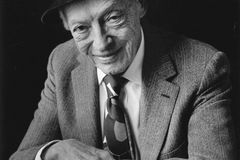