A popular birds-and-bees book for kids in the 1970s was called Where Did I Come From? Replete with pop-eyed cartoon illustrations, it was matter-of-fact yet hallucinatory in a pre-HD way (one picture showed an ovum in a bridal veil awaiting her flood of top-hatted suitors). Its title could serve as an alternate for Graham Swift's new novel, Mothering Sunday, which, though slim and quiet, is also blindingly, nakedly revealing about how we are made.

The nakedness is right up front. Within three pages, we're in bed with the servant protagonist, Jane Fairchild, and Paul Sheringham, her secret upper-class lover of seven years, who is two weeks away from marriage to a suitable woman. This event is the story's heart, set on the March day of the title in 1924, and it blooms unhurriedly, sending tendrils looping into past and future. Jane stays undressed for quite a while, wandering through Paul's grand house in search of herself.

Class, stately homes, marriage plots, England's green and pleasant land: You may well say we've heard all this before. Downton Abbey fans may quiver in recognition – here's Tom the chauffeur taking up with Lady Sibyl. Indeed, like Downton Abbey, Swift echoes the big-name writers of his tale's era. The romance is Lady Chatterley backward, and the one-day plot is straight out of Mrs. Dalloway. But there's no glorying in that lost golden haze à la Brideshead Revisited. It's a novel that turns novels inside out, willingly displaying its skin and skeleton and systems. It reads beautifully on the surface, but look into these workings and you'll see just how fiction is built, and how life feeds on it.

Jane herself swallows books, especially boys' adventure stories, as if they were air. She's a fairy-tale character, as she admits, an unnamed orphan who has followed the usual path into service. But instead of winning the prince and the castle, she undergoes a seismic shift, eventually ending up a writer. She's an author from the start, however, though she doesn't realize it. Throughout, we witness her "put on others' skins" – Paul's, or his elegant fiancée's, or the stoic maid at the Sheringhams. She also sees herself from outside, glimpsing her naked body in mirrors and catching Paul's brothers, dead in the war, watching her from their framed photographs. Jane shows us how writers inhabit characters, and how we try to read ourselves as others do. This is how our stories are built.

War is the great unbuilder, as in many early-20th-century novels, but it sits in the background here. Instead of being solely destructive, it creates opportunity. For one, it shuts men away so the orphaned maid can have a life. It's also a fictionalizer, allowing people to make up tales about their lost loved ones and what might have been. "The war had suited all purposes," the narrator observes coolly.

Swift is a writer's writer, and his language is devastatingly sharp (not for nothing did he win the Man Booker Prize). He dances us through Jane's inner monologue, finding every single mot juste for stained sheets or contraceptive caps or orchids. "Granite and rainbow," to borrow from Woolf again, is the linguistic mix of the human mind. Jane thrills to words of all kinds, calling herself a gatherer like "one of those nest-building birds." They're never enough, as the book makes clear, but they're the only tools we've got. Life is "about finding a language," however ineffectual it may be, as the novel tranquilly insists.

This brings up the choice of title: Why mothers? For one, in any fairy tale worth its salt, the mothers have to get out of the way so adventure can happen (if Cinderella's real mom had survived, there would no wicked stepmother, no fairy godmother, no shoe to lose at the ball, no story). If Jane had a parent, she would be visiting her for the special Mother's Day servants' holiday, not recklessly making love and smoking with Paul in his room. But she also has to be mother to herself, which is the title's real significance. On Mothering Sunday, we're all our own makers.

Glimpses of the older Jane make us wish for more of her, and wish the book weren't quite so slender. In creating Jane, Swift performs a kind of parthogenesis: Born from nothing, as characters are, she is realistically human as well as a self-consciously fictional. She wonders at one point whether her absurd nudity gives her "an exemption from fact," yet she comes alive and finds her own way through a new story. Watching her naked in body and mind is quite a thrill. Clearly, this ovum waits for no man. 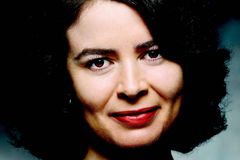